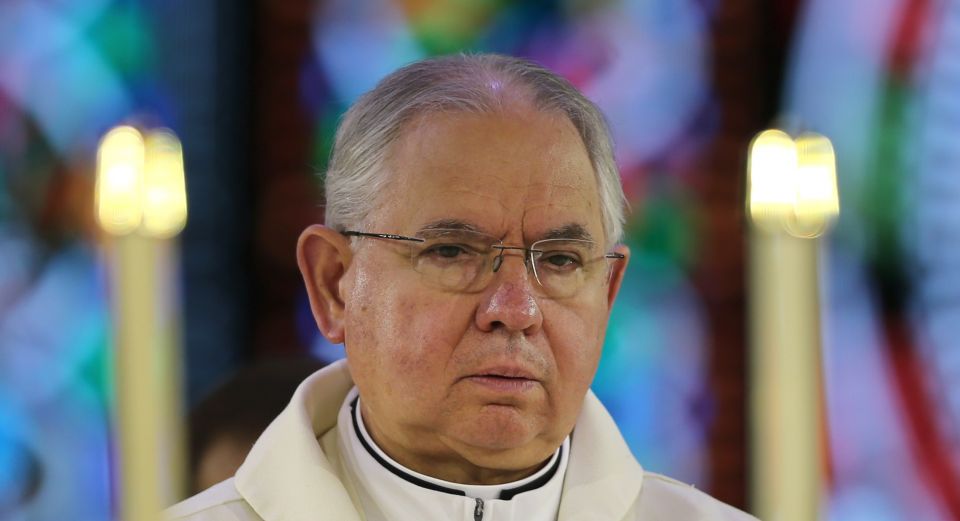 Los Angeles — Archbishop Jose Gomez said penance and purification is needed to rebuild the U.S. Catholic Church and respond to the abuse crisis.

He stressed the importance of strong procedures and protocols for addressing abuse claims, helping the victims and creating safe environments for all children and young people.

"Programs, protocols, and best practices are essential. But they are not enough," he said in an Aug. 17 letter to the people of the archdiocese.

"We need to hold people accountable and we need to atone for these sins as a church," he said.

He called it "a sad and confusing time for all of us" with the abuse allegations against Archbishop Theodore McCarrick, followed by the Pennsylvania grand jury report on a months-long investigation into abuse claims spanning 70 years in six Catholic dioceses in that state.

"I am praying for you and your families and for our young people; and for our bishops, priests, deacons, seminarians and religious," he said. "I am praying most intensely for the victim-survivors of these crimes, and am trying to offer what small penance I can for everyone who has suffered abuse by pastors of the church."

Gomez also addressed what he sees as "the deeper crisis today in the church," a spiritual and moral crisis.

"I believe we need to respond to this crisis with a new call to penance and purification and a new dedication to leading holy lives," he said.

"Renewal of the church is first of all a duty for bishops and priests," Gomez said. "We need humble penance for what has been done by our brothers. We need to live with simplicity and integrity and be models of conversion and holiness.

"Now more than ever, I pray that every bishop and every priest will rediscover his love for Jesus Christ and burn with new desire to bring holiness and salvation to our people."

He said priests, like all Christians, "are all called to holiness and to grow in our relationship with Jesus and to glorify God by our lives. But the priest above all is consecrated to serve 'in the person of Christ.' That is why the evil at the heart of these scandals is so terrible."

"A sacred trust has been broken by men whom Jesus entrusted to be his representatives on earth," he continued. "These priests have betrayed Christ and done violence to his children. The cruelty they have done casts a shadow on the priesthood and the vast majority of priests who are good and faithful servants of the Gospel."

Gomez said he understands the anger and frustration that people have against the church "and her leaders right now." He said he feels "a deep sadness" and is "horrified that such crimes could be committed against innocent children of God.

He noted that as vice president of the U.S. Conference of Catholic Bishops, he is on the Executive Committee, which has issued two statements so far. Among other initiatives, the committee has outlined a plan to have "substantial involvement of the laity" from law enforcement, psychology and other disciplines in investigating abuse and responding to it. Another component is "addressing the culture of clericalism that contributed to these abuses and failures in leadership," he explained.

He also emphasized the Archdiocese of Los Angeles has an effective system in place for reporting and investigating suspected abuse by priests and for removing offenders from ministry, conducting background checks and creating safe environments. He encouraged anyone who is a victim or knows a victim to contact the archdiocese.

"What has happened is the responsibility of bishops and priests. That is clear," Gomez said. "But the way forward will mean laypeople and clergy working together. … We need to begin again right now, starting with those of us who are bishops and priests.

"All of us in the church need to commit ourselves again to the basic practices of our Christian life: personal prayer, the Eucharist and confession, the works of mercy, growing in the virtues," he said and he urged Catholics to not "lose hope in the church."

"In this moment, our Lord is counting on us. So please do not give in to discouragement," the archbishop said. "Put your hope in God's promise: Where sin increases, his grace will increase even more."

In a letter to Catholics of his archdiocese, San Francisco Archbishop Salvatore Cordileone also emphasized that the archdiocese has strong policies and protocols for addressing abuse and creating but that he would review them with archdiocesan officials.

But beyond that, he, like Gomez, said that "what is called for at this time is penance in reparation for sins against faith and morals."

"This is how we keep the righteous indignation that so many of us feel at this time from becoming an anger that divides the body of Christ," he said.

He said the reports of episcopal negligence and malfeasance in the face of clerical sexual abuse, coupled with some reports of bishops themselves guilty of sexual predation, have "reopened old wounds" for Catholics and the larger society.

He also decried the "spirit of raw ambition on the part of some, who will stop at nothing to advance their careers and climb the ecclesial corporate ladder over investing themselves in serving the people of God. Such behavior on the part of church leaders is despicable, reprehensible, and absolutely unbecoming of a man of God."

Cordileone said he will designate a day "when together we will make an act of reparation, and how that will be conducted."

In the meantime, he asked all Catholics in the archdiocese, including the priests, "to engage in prayer, penance and adoration as an act of reparation for sins against chastity and the reverence due to the Blessed Sacrament, in accordance Our Lady's wishes."

The archbishop invited all to join him in:

-- Praying the rosary daily. (He urged families to pray the rosary together at least once a week.)

-- Practicing Friday penance by abstaining from eating meat and one other additional act of fasting (e.g., another form of food or drink, or skipping a meal).

-- Spending one hour of adoration before the Blessed Sacrament at least once a week.

"While I pledge to attend to policies and their observance, we all must be engaged at this time on the spiritual level," Cordileone said. "Without prayer, penance and adoration in reparation for the horrendous sins rampant in our church for very many years now, any efforts of the temporal order will be meaningless."

He also asked Catholics "to stay close to your parish priest."

"Our priests make great sacrifices to serve their people with generosity and compassion. They are there for you, attentive to providing you pastoral care," he said. "I am grateful to them for their labors in the Lord's vineyard, and pray that the divine assistance may be with them as they minister to you during this time of crisis."