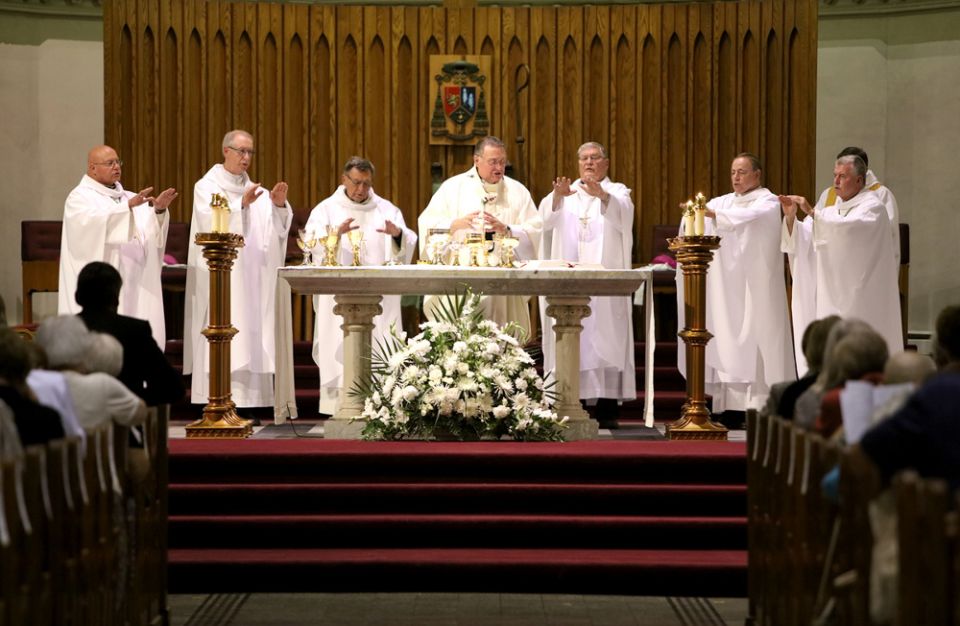 Halifax Archbishop Anthony Mancini celebrates Mass. Mancini announced that the Canadian bishops will not publish their new policy for the protection of minors until 2018. (CNS/courtesy Salt and Light)

CORNWALL, Ontario — The Canadian bishops will not publish their new policy for the protection of minors before 2018, said Bishop Anthony Mancini of Halifax-Yarmouth, Nova Scotia, chairman of the ad hoc committee tasked with drafting this resource in 2012.

"No, it will not be possible," Mancini told his colleagues during a brief speech at the plenary assembly of the Canadian Conference of Catholic Bishops Sept. 25. "I anticipate that the document will be finalized in 2018."

The bishops first spoke of a publication before the end of 2016. Faced with delays, they then planned to make it public in the first months of 2017. In August, Bishop Douglas Crosby, president of the CCCB, suggested that the document could be published before the end of the year.

Mancini explained that the document has taken on such a scale that it needs to be made more comprehensive. He also said the bishops want to have the text analyzed by professionals before they release it. Fifteen lawyers, psychologists, psychiatrists and insurers were consulted. They "have something to say about the document," and it would be better to hear the professionals "before rather than after" this report is actually published by the bishops' conference, he said. "Their remarks are now coming to us."

He also reminded French-speaking bishops that they "strongly recommended" last year that the French translation of this text be completely revised before a possible publication. "Before we produce the French text, it is important that we have finished the English version," he said.

"Another year and, thank God, it will be over," Mancini said at the end of his brief statement.

In June 1992, the Canadian Bishops published a report entitled "From Pain to Hope," entirely devoted to sexual assaults by the clergy. The bishops proposed "ways and means both to eliminate in the church the after-effects of past scandals and to prevent new cases of aggression against children."

Last year, Mancini said the adoption by the Vatican of new standards for the protection of children made it necessary to revise the standards and policies of the bishops' conference.

"This is not a document against sexual abuse," he said. "It is a document that places the protection of young people as an essential responsibility of the bishops as leaders of the Gospel and the church."

Indigenous Canadians hope Pope Francis will do more than apologize