Editorial: Collins is right -- let the commission do its work 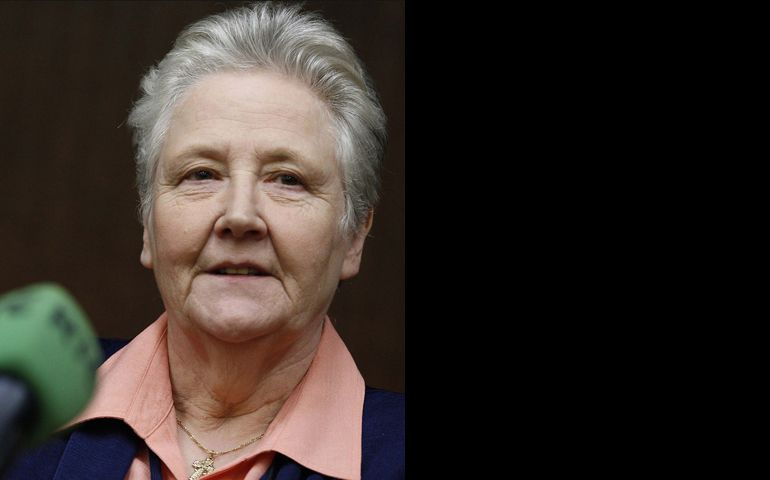 The truth of the clergy sex abuse scandal would never have surfaced without the sustained courage of victims. In the same way, it will take the courage and work of victims, above all, to help return the church to health.

Marie Collins provides a stunning example of the kind of determination and courage required to get on with that latter phase of dealing with the scandal. It is enough that this abuse survivor from Ireland has dedicated so much of her life to establishing organizations and structures to protect children. That she would accept appointment to Pope Francis' Pontifical Commission for the Protection of Minors is a most generous gift to the church. The risks in taking the assignment were both enormous and inherent.

We are grateful that she initially accepted and that she has decided to stay on through the most recent upheaval involving fellow member Peter Saunders and the commission's decision that the only other victim on the commission take a leave of absence.

Personnel issues can be messy in any context, but particularly so when it appears that the institution that remained intentionally blind and deaf to the suffering of those abused by its priests was engaging in a new form of abuse.

The statement issued by Collins to explain the more complex reality is charged with the pain and conflicted emotions she feels, understanding full well the frustration of not only Saunders but also other victims at what must seem at times the glacier pace of change.

The vote, she explains in her statement, was occasioned by a discussion that arose "because of a difference in understanding of the mission and the powers of the Pontifical Commission for the Protection of Minors. If a member cannot commit to work on policy development -- which undoubtedly is laborious, tedious and slow -- while the other members are deeply committed to it, an impasse is reached."

"Any expectation that the Commission can attack or demand things of the Pope or insert themselves in particular cases ignores the actual mandate the group works under," continues Collins. "I understand the frustration, the emotion and the anger about what is still happening and should not be! But it cannot be addressed by the Commission."

Collins' credentials in this matter were earned in the horror of the scandal; they are embedded deeply in the scars of experience. Her integrity is unimpeachable. Invaluable at this point as her integrity and experience is her understanding that getting at the root of the problem now requires more than one disposition and more than a single strategy.

Victims have convinced the world, through persistent witness to the truth, that the sex abuse scandal was particularly heinous in the context of the Catholic church because it was a systemic ill, deeply embedded in the controlling, clerical culture, especially its leadership. It was hidden and rationalized in ways and to degrees impossible in other settings.

If the problem is that deep and systemic, it will not yield to simple or quick solutions.

While we all must remain diligent and, when necessary, expose the church's failures and keep calling its leaders to account, a need also exists for dealing with the problem at other levels that demand a different disposition and set of skills.

Collins made it clear in her statement that she is in for the long haul, taking on the tedious business of "working towards the implementation throughout the world of best practices in safeguarding, education in the area of abuse and justice for survivors. Policies produced are then recommended to the Pope."

The members of the commission, she writes, "are not pawns complicit in a PR exercise but good people with the safety of children at heart" and with diverse experience and expertise.

The commission needs time to argue and deliberate, to sort out best practices, to make recommendations to the pope that can be implemented globally. It needs the confidentiality that free discussion requires in this circumstance. Collins deserves trust that she would never be complicit in betraying the cause of protecting children. Saunders will have to determine for himself whether he is up for the tedious and time-consuming work required.

While Collins has "every confidence in the commission and its members," she does "not have the same confidence in those whose task it is to work with us within the Vatican and implement our proposals when approved by the Pope."

That is another way of stating that the stakes are high for those who wish no change and are in positions to undermine the commission's work and the intent of Francis.

"There are many of good will in the Curia," Collins writes, "but unfortunately there are still those, at this top level, who worry more about their own fiefdoms and the threat of change than they do about the work the commission is trying to do to protect children."

Diligence is still essential, but finding fault with the commission is "choosing the wrong target," she writes. Those who remain deeply invested in the old curial culture have the most to lose, and they are determined to stop change. "If the Commission is damaged from within," writes Collins, "these forces are the beneficiaries -- not survivors or children of the future."

Editorial | Editorial: Collins is right -- let the commission do its work