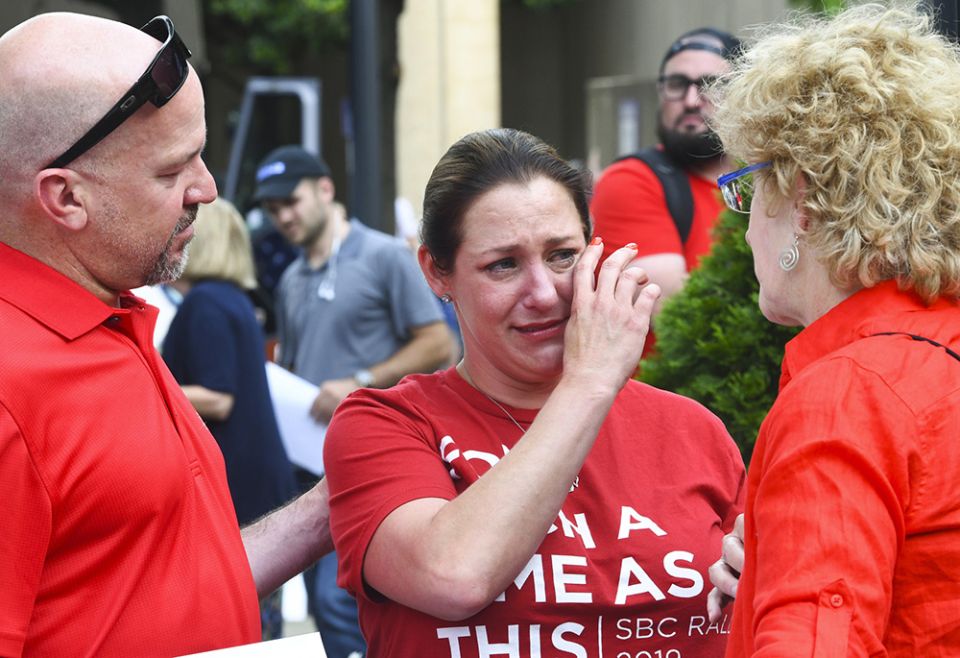 When news broke that Southern Baptist leaders had covered up sex abuse for decades I felt a numb sense of familiarity. I came of age as a Catholic against the backdrop of our own ongoing sex abuse crisis. It would be years before I would truly understand how sexual violence and the criminal conspiracies that perpetuated it had defined contemporary U.S. Catholicism.

One thing was clear quite quickly, however. The sex abuse scandal cast doubt on the moral authority of the Roman Catholic Church itself. A similar crisis of moral authority is underway for arguably the most significant white evangelical institution in the country. I say this both as a U.S. religious historian and as a Catholic who grew up in Alabama surrounded by Southern Baptists. As Russell Moore, a prominent former Southern Baptist, put it, "this is the Southern Baptist apocalypse."

The Southern Baptist Convention, or SBC, is the nation's largest Protestant denomination with more than 14 million members. It is the second largest religious institution in the United States, second only to the Roman Catholic Church. On Sunday (May 22) Southern Baptist Convention leaders released the nearly 300-page findings of an independent investigation into the denomination's handling of sexual abuse allegations over the past 20 years.

What the report uncovered was shocking and unsurprising in equal measure for those of us familiar with abuse and cover-up in the Catholic context. To put it succinctly and bluntly, investigators found that Southern Baptist churches have been home to hundreds of sexual abusers since the year 2000, that powerful men in SBC leadership knew full well, that they worked hard to discredit sex abuse survivors, and that they consistently prioritized protecting the reputation of the SBC over the lives of vulnerable people.

Some of the more insidious details of the report include the fact that a handful of powerful Southern Baptist men effectively controlled the response to abuse allegations and that they repeatedly bullied and denigrated survivors, whom they characterized as "opportunistic," "professional victim[s]." D. August Boto, general counsel for the SBC's Executive Committee, accused survivors of engaging in "a satanic scheme to completely distract us from evangelism."

Some of these powerful men were themselves credibly accused of sexual abuse, including former SBC President Johnny Hunt. Perhaps most upsetting of all is that while men like Boto refused to create an abuser database that could help protect children, staff members compiled their own secret list of abusers to insulate the SBC from liability. The list "contained the names of 703 abusers, with 409 believed to be SBC-affiliated at some point in time."

One can't help but think of what Michael Rezendes, a reporter for the Boston Globe's Spotlight team, thought when he discovered that Cardinal Bernard Law had knowingly transferred pedophile priests from parish to parish: "Holy shit, they knew. … They knew, and they let it happen."

To make the implicit explicit, the parallels between the Roman Catholic and Southern Baptist sex abuse crises are striking. They both begin with the horrors of predation, assault and rape perpetrated by religious leaders, often in religious spaces and couched in religious language. When survivors and their advocates came forward to trusted authorities in their lifelong communities, at best they found their allegations ignored and their warnings left unheeded. At worst, they were intimidated, demonized and framed as enemies of the faith.

Collaborations between survivors, their advocates, and investigative journalists have produced watershed moments in both abuse crises. The 2002 reporting of the Spotlight team in Catholic Boston is by now well known. Pressure on the Southern Baptist Convention began to build when the Houston Chronicle and the San Antonio Express-News published their joint investigation "Abuse of Faith" in 2019, which revealed, as The New York Times reported, "nearly 400 Southern Baptist leaders, from youth pastors to top ministers, had pleaded guilty or been convicted of sex crimes against more than 700 victims since 1998."

There are differences between the two contexts, of course. In contrast to the hierarchical Roman Catholic Church, the Southern Baptist Convention is not a "church" at all. It is an association of churches that govern themselves and affiliate with the broader Convention.

Congregations send delegates (known as "messengers") to represent them at annual meetings at which, among other things, they elect their leaders and direct them to undertake actions on their behalf. SBC leaders like Boto frequently cited this point about Baptist church polity when they insisted to survivors, advocates, and would-be whistleblowers that there was nothing they could do to protect potential victims of abuse. Their hands were tied, they said. They could not violate church autonomy. When Dominican Fr. Tom Doyle, the canon lawyer who had warned the U.S. Catholic bishops of an impending national sex scandal in 1985, urged SBC leaders to take action in 2007 he was told that "Southern Baptist leaders truly have no authority over local churches."

And so we see that for all their apparent differences, the result is the same. Whether they are ordained priests or elected representatives, men in positions of power opted to protect their power and the institutions they governed, over and against safeguarding people's lives. Or, as historian Anthea Butler put it succinctly on Twitter, when it comes to men in positions of religious power, "secrecy and protection of perpetrators always surpasses ecclesiology."

I have repeated those two words — men and power — throughout this essay because they are absolutely essential for understanding these crises. Both the Roman Catholic Church and the Southern Baptist Convention are patriarchal institutions (male priests and ministers governed by male bishops and executive leadership). Yes, there are notable exceptions. No, I don't mean to say all men are evil. Or, for that matter, that women in positions of religious power are incapable of committing sexual crimes. They have.

Nevertheless, I do not think it irrelevant or a coincidence that two institutions that understand religious authority as the domain of men, that practice deference to masculinist power, and that have invested so thoroughly in the policing of sexuality and gender identity over the past half-century now find themselves embroiled in sex abuse crises. "You will know them by their fruits," Scripture says, and the fruits of these two institutions testify to the violence enacted, aided, and abetted by men more committed to maintaining power than anything else — certainly more than listening to survivors.

If there is a lesson to be learned amidst all this brokenness and ruin it is to listen to survivors and refuse to look away, though it feels like we are past the time for "learning lessons." We find ourselves, instead, in a time of reckoning, a time of reparations for the violence committed by our institutions — institutions many of us built and maintained and continue to support.

Perhaps the Southern Baptist Convention can find some hope here in their polity. Quite unlike the ongoing Catholic crisis propelled more by grand jury reports than ecclesial cooperation, 15,000 Southern Baptist messengers representing 5,570 churches voted to authorize the investigation that produced this report.

The Southern Baptist Convention, like the Catholic Church, now finds itself confronted with a series of choices regarding what one does in the face of individual and institutional evil on this scale. Reflecting on "the Southern Baptist horror," conservative commentator David French asks, "How many bad apples must we pluck before we recognize that the orchard is diseased?" That's a question worth asking of the Roman Catholic Church as well.

A version of this story appeared in the June 10-23, 2022 print issue under the headline: The eerie parallels between the Southern Baptist and Catholic sexual abuse crises . 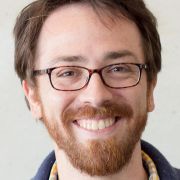 Matthew J. Cressler is associate professor of religious studies at the College of Charleston. He is the author of Authentically Black and Truly Catholic: The Rise of Black Catholicism in the Great Migrations (NYU Press, 2017) and has written for America, The Atlantic, Religion News Service, The Revealer, Slate, and Zocalo Public Square.

Priest gets probation for 'unnatural acts' on a minor