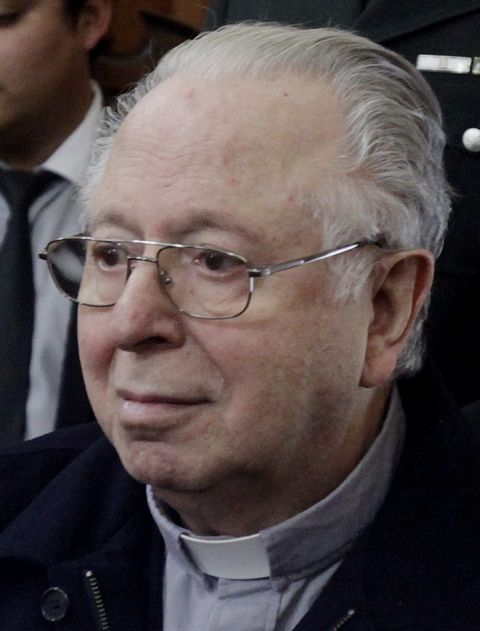 Rome — Pope Francis has removed notorious Chilean child sexual abuser Fernando Karadima from the Catholic priesthood, toughening an earlier sanction of a lifetime of prayer and penance, in what the Vatican said was an invocation of the pontiff's "supreme" power in the church.

"Pope Francis has removed Fernando Karadima Fariña from the clerical state," read the unexpected Sept. 28 announcement from the Vatican. "The Holy Father has taken this unusual decision in conscience and for the good of the church."

Citing Canon 331 of the Code of Canon Law, the statement said that in making the decision Francis had "exercised his 'supreme, full, immediate, and universal ordinary power in the Church,' conscious of his service to the people of God as the successor of St. Peter."

Karadima, aged 88, was originally sentenced by the Vatican in 2011 to a life of prayer and penance for sexual abuse of minors. The Sept. 28 statement did not say whether new evidence or testimony about his behavior prompted the revised punishment.

Karadima was at the center of the controversy surrounding Francis' January visit to Chile, where the pope defended his 2015 appointment of a bishop who at least three survivors said had been present to witness their abuse by Karadima.

After returning home to the Vatican, Francis admitted making "serious mistakes" in his handling of abuse cases in Chile and has since accepted the resignations of seven bishops in the country. One of the bishops to resign was Juan Barros Madrid, the prelate the pope had defended during his visit.

One survivor of Karadima's abuse praised Francis' decision to remove him from the priesthood. On Twitter shortly after the announcement, Juan Carlos Cruz called Karadima "a criminal who has ruined so many people's lives with his abuse" and said he hoped survivors "feel a bit of the relief I feel today."

Our abuser Karadima defrocked. I have a knot in my stomach. Never thought I’d see this day. A criminal who has ruined so many people’s lives with his abuse. I thank Pope Francis @Pontifex for doing this. I hope thousands of survivors feel a bit of the relief I feel today. pic.twitter.com/LhO1iSR2Uc

The Vatican said Francis had signed his decree removing Karadima from the priesthood Sept. 27 and that it "went into effect at that very moment."