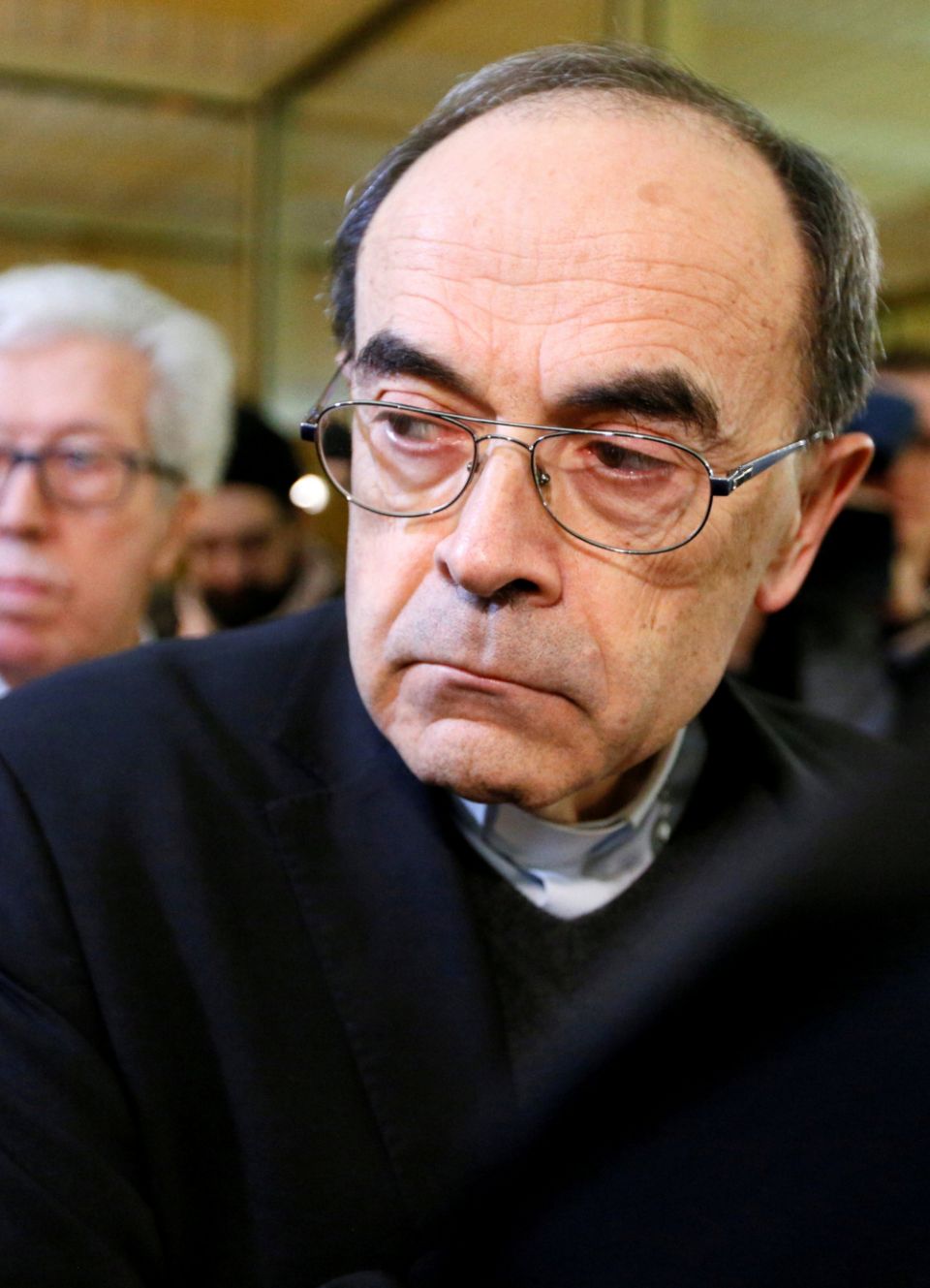 French Cardinal Philippe Barbarin of Lyon arrives at the courthouse Jan. 7, 2019, in Lyon. He was given a six-month suspended sentence at a civil trial March 7 after he was found guilty of covering up abuses committed decades ago by a priest. (CNS/Reuters/Emmanuel Foudrot)

Vatican City — A French cardinal was given a six-month suspended sentence at a civil trial after he was found guilty of covering up abuses committed decades ago by a priest.

Lyon Cardinal Philippe Barbarin, 68, was convicted March 7 of covering up abuse by Fr. Bernard Preynat, who confessed to abusing minors at Lyon's Saint-Luc Parish, where he ran a large Catholic Scout group in the 1970s and 1980s.

In a brief statement to journalists following the verdict March 7, Barbarin expressed his "compassion for the victims" and said he would meet with Pope Francis to hand in his resignation.

However, Barbarin's lawyer, Jean-Felix Luciani, told journalists that the cardinal would "challenge this decision through all appropriate legal channels."

Questioning "the court's motivations," Luciani said that increasing media pressure after the release of several documentaries and a movie about Father Preynat's abuses raised "real questions about respect for justice."

French newspapers said that after his crimes were reported to Lyon Cardinal Albert Decourtray, who died in 1994, Preynat had been moved to a new parish in Neulise.

While he was not allowed to lead any scout groups, he still taught children, according to AFP. Father Preynat was suspended and ordered to not work with children in 2015. He has been charged with sexual abuse and is expected to face trial this year.

According to Vatican News, Francois Devaux, leader of a survivor's group, hailed the court's decision as "a great victory for child protection."

The French bishops' conference said March 7 it would not comment on the verdict nor on the cardinal's decision to resign since "it is a matter of personal conscience."

"It will be up to the pope to decide the action he deems appropriate," the conference's statement said.

The bishops also reaffirmed their "commitment to fight with determination against all sexual assaults committed by the clergy against minors."

Although the abuses occurred before Barbarin led the Archdiocese of Lyon, Preynat's victims accused the cardinal of having been aware of the accusations from at least 2010 and covering them up with orders from the Vatican.

Among the officials named in the trial was Spanish Cardinal Francisco Ladaria Ferrer, then secretary and now prefect of the Vatican's doctrinal congregation.

However, in September, the Vatican informed the French government that any conversation Ladaria may have had with Barbarin regarding the case would have occurred within the context of exercising his official functions on behalf of the pontiff and, as such, would be covered under internationally recognized immunity rules.

The cardinal took the stand at the civil trial Jan. 7 and maintained his innocence. According to AP, Barbarin's lawyer argued that his client never obstructed justice because the statute of limitations had passed on the acts in question by the time he was informed.

At the trial, Barbarin said when he initially heard of the accusations, he encouraged one of the alleged victims to contact other victims and, "thanks to that," the case against Preynat was able to be built, AP reported.

Barbarin also testified that he sought advice on how to handle abuse accusations against Preynat from the Vatican Congregation for the Doctrine of the Faith.

"Rome told me to remove him from his parish," AP reported Barbarin as testifying. "I have never tried to hide facts and even less to cover these facts."

The verdict came a week after news that another cardinal was found guilty of sexually abusing minors.

Australian Cardinal George Pell was found guilty on five charges related to the sexual abuse of two 13-year-old boys in the late 1990s when he was archbishop of Melbourne. The cardinal, who is currently jailed in Melbourne, continues to affirm his innocence and plans to appeal the verdict.