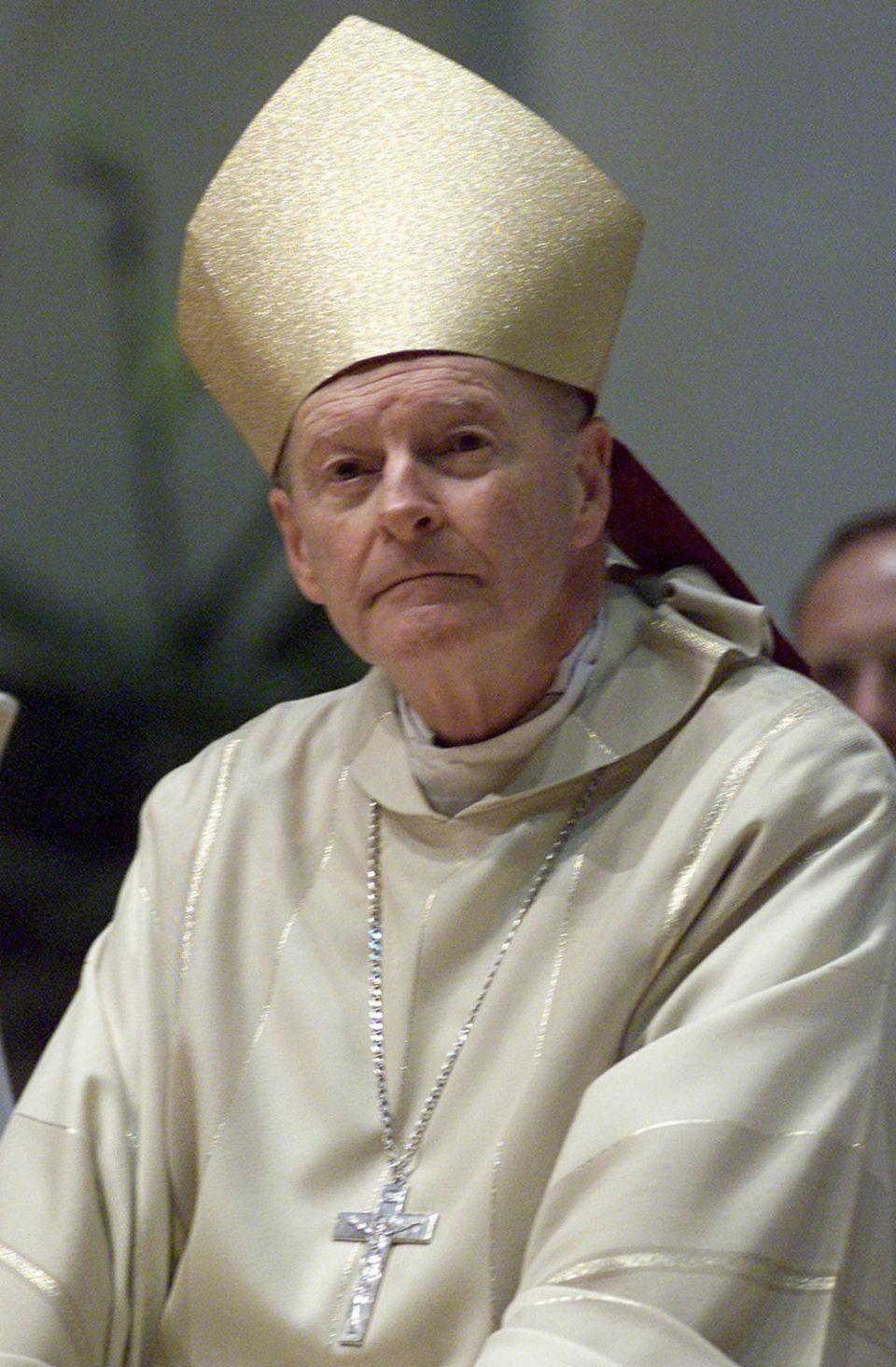 Theodore McCarrick, a former cardinal and archbishop of Washington who was laicized last February following a Vatican trial on sexual abuse charges leveled against him, continued to deny he had abused anyone in an August interview with the online journal Slate. He is pictured in a 2001 photo. (CNS/Reuters/Brendan McDermid)

Washington — Theodore McCarrick, a former cardinal and archbishop of Washington who was laicized last February following a Vatican trial on sexual abuse charges leveled against him, continued to deny he had abused anyone in an August interview with the online journal Slate.

"I'm not as bad as they paint me," McCarrick told Slate, which posted interview comments in an article Sept. 3. "I do not believe that I did the things that they accused me of."

The reporter, Slate staff writer Ruth Graham, said she "told him it sounded like he thought it was possible – that saying he didn't 'believe' he had done those things, or that he doesn't remember them," making it sound as if he was leaving it an open question. "No," McCarrick replied.

The only specific allegation McCarrick talked about was an accusation by James Grein that McCarrick had groped Grein while hearing his confession. "The thing about the confession, it's a horrible thing," he said. "I was a priest for 60 years, and I would never have done anything like that. ... That was horrible, to take the holy sacrament and to make it a sinful thing."

The interview took place in a small meeting room at the Capuchin friary in Victoria, Kansas, that used to be a high school seminary but now houses aging Capuchin priests. McCarrick has been living there for about a year.

Among the allegations posed against McCarrick were some by former seminarians that he brought seminarians in the 1980s to a beach house in Sea Girt, New Jersey – purchased by the Diocese of Metuchen when McCarrick was its founding bishop – and would have one seminarian sleep in the same bed as him.

McCarrick said he thinks the former seminarians "were encouraged" to make those allegations. He told the reporter there were "many who were in that situation who never had any problems like that." When he was asked who would encourage them to make such allegations, McCarrick did not name names, but made a vague reference to "enemies."

McCarrick commented on Italian Archbishop Carlo Maria Vigano, the former papal nuncio to the United States, who in an August 2018 statement declared that there had been sanctions placed on McCarrick's activity after retiring from active ministry that were ignored by his successor as archbishop of Washington, now-retired Cardinal Donald Wuerl.

"He was talking as a representative of the far right, I think," McCarrick said of Vigano. "I don't want to say he's a liar, but I think some of the bishops have said that he was not telling the truth."

Despite Pope Francis approving his punishment, McCarrick told Slate he has "great affection and respect for the Holy Father."

Although McCarrick, now 89, would like to live back on the East Coast – he was born in New York and served as a bishop in New York City and two New Jersey dioceses before going to Washington – he said he appreciates his time with the Capuchins. "They've really treated me as a brother," he said. Moreover, "I don't know how many years are in my calendar," he said. "One tries one's best to accept where one is."

While mail has slowed to a trickle at his new address, "the vast majority of the mail I get is looking for some help," McCarrick said. "I don't have a lot of money, but I try to be helpful. It's what you're supposed to do."

Your thoughts on the McCarrick report