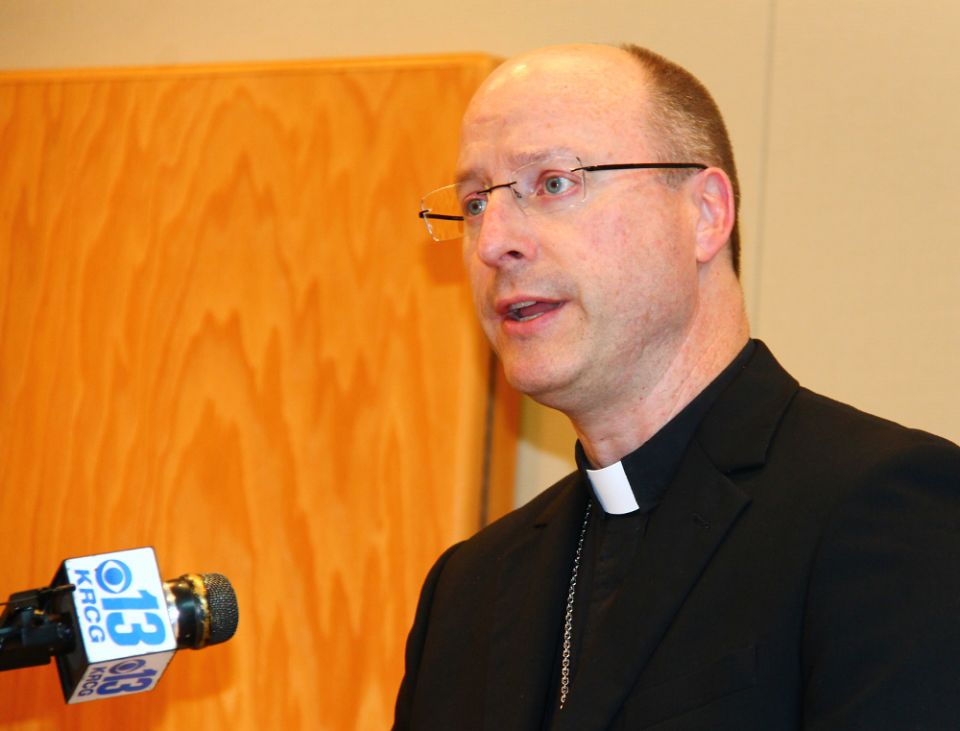 St. Louis — Archbishop Robert Carlson of St. Louis said Aug. 23 he has invited Missouri's attorney general to conduct a review of the archdiocese with regard to clergy sexual abuse.

In a letter to Attorney General Josh Hawley, the archbishop said he was aware of the public's requests to his office "to investigate" the church in Missouri and its handling of clergy abuse.

"The Archdiocese of St. Louis, during my episcopacy here, has always placed the protection of children and youth as one of our highest priorities," Carlson said. "To this end, we have always cooperated with law enforcement in any investigation into these matters and we will continue to do so."

Harley thanked the archbishop "for offering to cooperate in an independent inquiry" by his office into abuse allegations and agreed to conduct "such an independent review."

"We appreciate your leadership and our commitment to public transparency and accountability," he said in a letter to the archbishop.

In the Diocese of Jefferson City, Bishop W. Shawn McKnight issued the same invitation to Hawley.

He also said that he is taking concrete steps to heal the wounds of sexual abuse, hold himself to higher standards of accountability, and help restore trust and sacred communion among the faithful.

Soon after arriving from Wichita, Kansas, to lead the Diocese of Jefferson City in February, McKnight contracted a firm of retired FBI and law-enforcement officials to review the files of all living priests, deacons and seminarians of the diocese.

"I felt it very important that we have an independent review of the files for the sake of transparency and to give confidence to our people," he said during a news conference Aug. 24 at diocesan offices.

In his response to Carlson, Hawley said he will assemble a team of experienced attorneys and career prosecutors "to ensure a vigorous, searching and comprehensive inquiry," which will include a review of documents and interviews with "potential victims and witness to acts of alleged abuse."

"The archdiocese's cooperation will be essential to permitting a full, fair and comprehensive investigation."

Carlson told Hawley that last year he had called for a former member of the FBI with experience in this area to undertake a review of archdiocesan safe environment protocols to protect children. "She found our protocols to be appropriate and robust," he said.

"As I have stated previously, today no clergy against whom a substantiated claim of abuse of a minor has been made have permission to conduct priestly ministry in the Archdiocese of St. Louis," he added.

Hawley said that a top priority for his office "is the protection of children from criminal abuse."

Earlier, in an Aug. 17 letter to Catholics of his diocese, McKnight told them he wanted to know he is "committed to transparency, the promotion of greater healing of the whole church, and to revising how we address the sin of abuse.

He told Catholics that the church "is not just the hierarchy" and that he wants to work with the laity "on this most important issue facing the church right now."

"I will keep you appraised of our situation as a local church as we move forward together," McKnight said. "One thing for sure: We will be a different church. We are in this together. Let us entrust our diocese and the universal church to the protection of the Immaculate Heart of Mary."

New Ulm diocese third in Minnesota to file for bankruptcy

Letters to the editor: Press Freedom; Fight against abuse cover up transcends ideologies; The church and racism