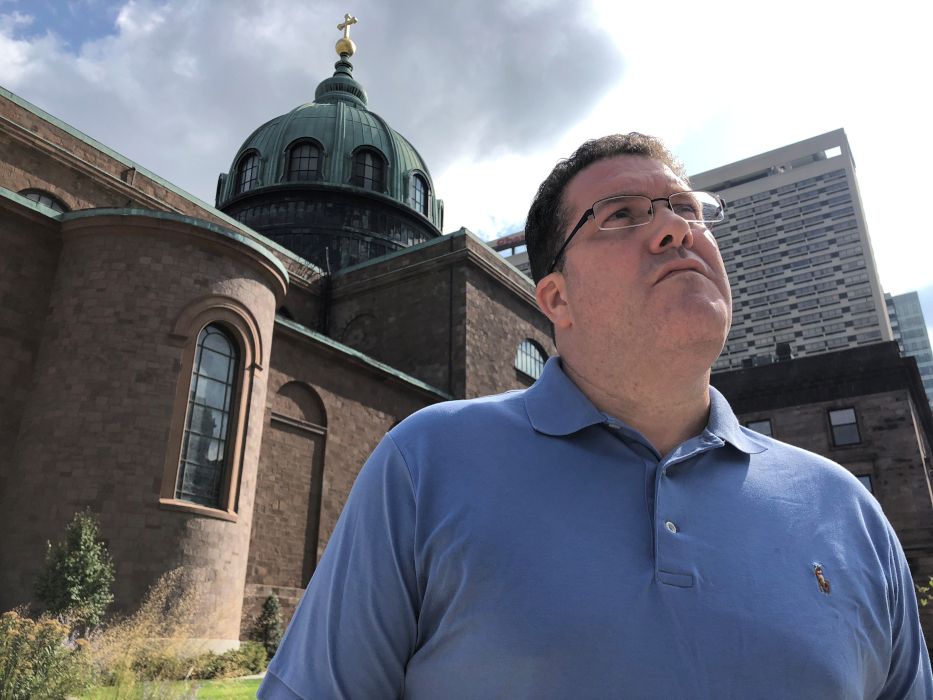 Mike McDonnell, who says he is a survivor of clergy sexual abuse, speaks in front of the Cathedral Basilica of Sts. Peter and Paul in Philadelphia Aug. 23, 2018. The Archdiocese of Philadelphia has so far paid $50 million to abuse survivors. (CNS/Reuters/Kevin Fogarty)

Philadelphia — The Archdiocese of Philadelphia has paid out or approved over $50 million so far to 222 clergy sex abuse survivors, according to a new report from the Independent Reconciliation and Reparations Program.

The reconciliation program was launched in November 2018 as a means of providing settlements to claimants alleging abuse by archdiocesan clergy.

The program's administrators, acting independently of the archdiocese, assess claims and offer compensation with no monetary cap, either individually or in total. Claims are considered regardless of how long ago the events in question occurred, or whether the statute of limitations had expired.

The archdiocese has pledged to pay all awards as indicated by the plan and agreed to by the survivors.

As the Sept. 30, 2019, deadline for filing the forms approached, program administrators reported a surge in claims, which totaled 616 as of May 30 of this year.

Of those, "the overwhelming majority" have been "meritorious," according to the IRRP's third interim report, issued June 24.

Settlement offers average about $225,000 per claimant, an amount "the overwhelming majority of claimants" found to be "satisfactory," the report said.

Approximately 250 claims are still under review. If all of them were to be approved at the same average amount, an additional $56.25 million could be awarded to survivors.

The three-stage review process, which includes the offer for a survivor to meet with the program's administrators and a victim's advocate, ranges from four to five months, according to the report.

While advocates stress that no price can be put on victims' suffering, such funds generally attempt to redress several economic consequences of sexual abuse, including lost wages, medical costs and payments for mental health counseling.

Four of the settlement offers have been declined, while 34 claims have been denied. One claim was withdrawn prior to determination.

Another 82 claims are listed as "incomplete," with administrators working "to address any deficiencies."

Attorneys Kenneth Feinberg and Camille Biros, the reconciliation program's claims administrators, expect to conclude the determination process in about six months, at which time a final report will be issued.

The pair operate similar programs in numerous dioceses throughout Pennsylvania, New Jersey, New York, Colorado and California. Response rates to the Philadelphia program "compare well" with those from other dioceses, said the report.

Accountability | Pa. archdiocese pays out or approves over $50 million for survivors so far

With failed Baltimore meeting, the church is at a stalemate