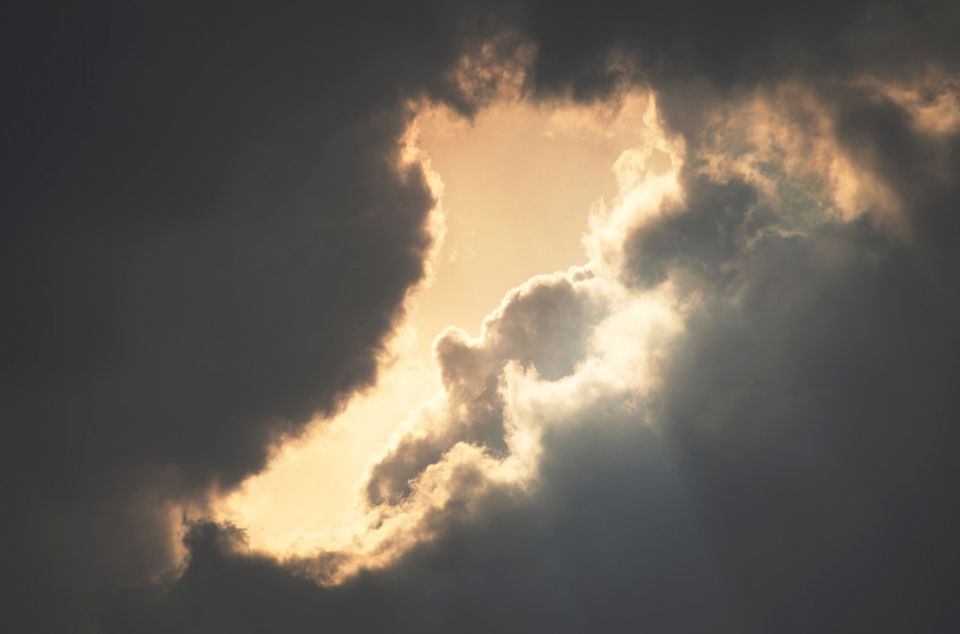 A couple of weeks ago when I was here at St. Clare, it was just before Pope Francis went to Ireland and we were still involved in our everyday listening to the news and reading about what was happening in the church. We were involved in trying to react to the terrible abuse scandal that has arisen. Then Pope Francis set off for Ireland and it seemed like things might begin to get a little bit better. But actually during his visit to Ireland things got worse.

We may remember for the first time Francis heard about what people in Ireland had known about for centuries, actually, the so-called Magdalene homes, where babies were taken away from unwed mothers. They were adopted out as orphans and the mothers were put into the homes as slaves. It was a terrible, terrible scandal for decades. Then the abuse of children was extraordinary in Ireland, and has been coming forth. So Pope Francis' trip, which he had looked so forward to, became kind of a disaster.

Things got even worse, when one of the cardinals of the church wrote a letter calling upon Francis to resign, because this official claims that Francis himself had protected perpetrators in Argentina. So we have a terrible split going on in the church, plus the scandal of the abuse. It seems to get worse and worse. That's why our first lesson today is so important if we take the time to continue to reflect upon it.

This was a time in the history of the chosen people when they must have thought everything was over, God had abandoned them, their role as the chosen people. The Holy Land as a place that God had given to them was lost. They had to be in terrible discouragement. But then, the prophet proclaims, "Let the wilderness and the arid land rejoice, the desert be glad and blossom. … Say to those who are afraid, 'Have courage; do not fear, for your God comes bringing justice.' "

He goes on to describe in very poetic terms, I guess you would say, what would happen: "The eyes of the blind will be opened; the ears of the deaf unsealed. Then will the lame leap as a hart, and the tongue of the dumb sing and shout. Water will break out in the wilderness, streams gush forth from the desert."

Everything becomes alive and vibrant. There is hope and there is joy and there is life again. All of that happened a short time after Isaiah spoke, when God freed the chosen people from their slavery and exile, brought them back to their homeland so they could rebuild their temple, their city of Jerusalem, and begin to live a full life once more.

If we reflect on that and think about how God brought about this renewal after eight decades of slavery, exile and destruction of their land, their property, their temple and the people themselves, then God restored everything. This can give us a spirit of hopefulness. Even in our darkest times, as we look at the church and find ourselves becoming discouraged at what is happening, we can have hope and confidence that God is still with us and that God has so many times renewed his chosen people through the centuries in the Old Testament.

But now in our own current covenant with God in the church, God has renewed us in the past, and God can bring us through this crisis also. But we have our part to play. We must be careful not to give in to discouragement and say, "Who wants to be a Catholic anymore?" Some people are saying that, ashamed of their church. We need not to give up. We need to reinforce our conviction that what Jesus promised, "I will be with you to the end of time," is true. He is with us, and he can guide us.

There are many people who help us in trying to determine the way to restore integrity and authenticity, honesty and goodness throughout our whole church. Pope Francis himself has begun to bring about reform. Pope Francis has also identified one of the things that he thinks has been the cause of this crisis and that is what he calls the culture of "clericalism," where in our church we built up a whole culture around the priesthood that made the priest someone above everybody else.

One commentator spoke about it as the priest having sort of an aura of superiority. One of the reasons for that was that the priest was celibate — not that celibacy is a cause of the terrible things that go on — but that the priest was so special, like on a pedestal and had this aura of superiority. In fact, we so elevated the idea of the priesthood — and I am not denigrating the priesthood at this point, so I hope that you don't think I'm being just negative — but we elevated it way above what it should be within the community of disciples.

We said, and I remember hearing this back in seminary and it being taught to us, that when you're ordained there's what was called an "ontological change" in you. An ontological change means a change in your very person so you become someone so unique, so special, you're changed in your very being and that will be forever. That's absurd. You don't get changed in your ontological being when you're ordained. You're the same human person you were before you were ordained.

We forgot that and we built up this clerical culture that brought about the protection of those who did the terrible things. Bishops got involved in doing the protection. Some bishops were involved in the abuse. But there is, I think, something very important that we need to emphasize in the church. I was reminded of this yesterday because I celebrated a wedding for a young couple. It was a beautiful celebration, as weddings usually are, and I tried to do what the Gospel says: "Listen and then be able to speak."

I was listening to the message about marriage and what marriage is in our church community. It's a vocation like the priesthood, religious life — these are vocations. I believe it's reflected on this that marriage is the most important vocation in the church. Do you know why? Listen to the prayer that we say when we celebrate marriage: "God, you have made the bond of marriage a holy mystery, a symbol of the love of Jesus for his church. Hear our prayers for Peter and Mary (whoever). With faith in you and in each other, they pledge their love today. May their lives always bear witness to the reality of that love."

Most of the members of our adult church are married people. It's your vocation to be a witness to God, the God who is love, the God who imaged that love in Jesus and taught us a greater love than this no one has, than to lay down your life for those you love, as Jesus did. Married people are called to witness to the very love that Jesus demonstrated throughout his life and in all his teachings.

That's the vocation we need to emphasize in our church now. It's a vocation that all of you who share in it must try to deepen your awareness of your vocation, deepen your understanding of how you, by instilling love in your relationship, within your family, that you married people witness to the love of God and spread that love of God into our community, starting with your own family and then extending into the community in the human family.

That's how the world is going to be transformed. That's how our church will be renewed if we begin to really promote the idea that this vocation of married life, witnessing to the very love of God present in our midst in Jesus, this is the vocation that we must nurture. We pray that people will live out that vocation in a complete and full way, faithful to one another, true witnesses to the love that Jesus brought into the world when the Son of God became one of us.

It was interesting and I think providential that the very time that Francis went to Ireland and where the problems began to seem to explode about him, at that very time he was there to participate in what they call the "Festival of Families," an event that takes place every three years on an international level. He spoke to those married people and he urged them to live their life of love witnessing to the love of God and giving hope and confidence to the people of Ireland and to all of us.

I hope all of us, as we listen to today's readings, and as we reflect especially on the Gospel reading, we'll ask God to open our ears to hear, loosen our tongues to speak, that we give witness by our lives to the truth about Jesus, and that married people especially will demonstrate that in their lives and in their families.

That's what will bring about reform in our church and ultimately bring the reign of God into our world. We pray that it may happen, and it will, as married people cherish their vocation and live it as fully and as lovingly as they can.

[Homily given Sept. 9 at St. Clare of Montefalco Parish, Detroit, Michigan. The transcripts of Bishop Thomas Gumbleton's homilies are posted weekly to NCRonline.org. Sign up here to receive an email alert when the latest homily is posted.]

Column | God can lead us through this crisis, but we must do our part