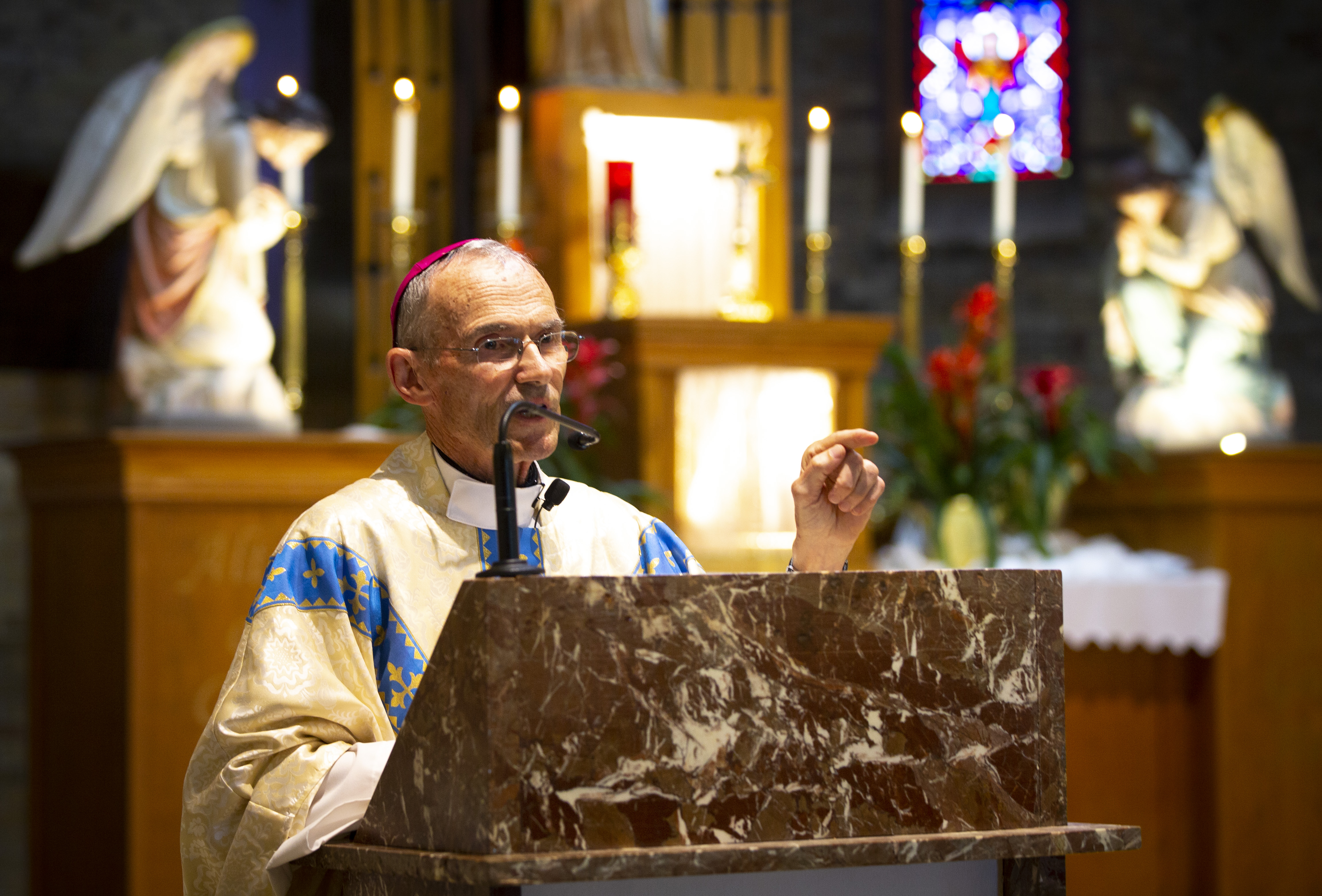 Retired Auxiliary Bishop Robert Morneau of Green Bay, pictured in a June 13 photo, was granted his request to withdraw from all public ministry by Bishop David Ricken, head of the diocese. (CNS/Chaz Muth)

Retired Auxiliary Bishop Robert Morneau of Green Bay has requested and has been granted a withdrawal from all public ministry.

In a letter dated Sept. 14 and addressed to Bishop David Ricken, the head of the diocese, Morneau stated that he failed to report to authorities an incident of priest sexual abuse of a minor in 1979.

"As a result," wrote Morneau, "this priest was able to abuse again several years later. ... I intend to spend my time in prayer for all victims and survivors of sexual abuse and I will do corporal works of mercy in reparation for what I failed to do."

In a separate letter, Ricken acknowledged the request.

"In light of the public revelations of abuse in the church and the call for more accountability on the part of bishops, Bishop Morneau feels great remorse over the fact that this same priest went on to abuse several other minors," wrote Ricken. "He wants to right himself with God and the people of God.

"I have now officially granted his request to 'withdraw from public ministry,' since his retirement was already accepted by the Holy See in 2013, at the required age of 75," the bishop said.

"Bishop Morneau is a good and faithful man who did what he felt was right at the time, realizing now that he could have and should have done more to protect the innocent," added Ricken.

The incident which Morneau oversaw took place in 1979, the year he was ordained a bishop. It related to David Boyea, who was ordained in 1973. Boyea pleaded guilty to first-degree sexual assault of a child and was sentenced to 10 years in prison in 1985. He was permanently removed from the priesthood in 1990.

Additionally, a civil case against the Diocese of Green Bay and Morneau in Brown County Circuit Court by three of Boyea's subsequent victims in 1986 was settled on undisclosed terms.

"Looking back, I should have handled this situation differently than I did at the time," said Morneau. "At the time, I was asked by the family of the victim to arrange an apology from the offending priest, which I did."

He believed that the request satisfied his obligation in the matter, but now knows that it was not enough.

"I felt at the time I had done what was asked of me by helping the parties to reconcile," he said. "The measures taken were ultimately insufficient to protect others from abuse from this same priest. I very much regret and apologize for this, especially to those victimized following my mistake in this regard."

Morneau said he takes "full responsibility for my failures" and asks for "forgiveness and prayers for healing for all who were harmed." He also apologized "to all those who put their trust in me."

Morneau's admission of failing to report an incident of clergy sexual abuse was the second such case in Wisconsin in September.

Wild's case dates back to his role as provincial superior of the Chicago province of the Society of Jesus from 1985 to 1991.

"During my six years in office, accusations of sexual abuse of minors were lodged against three of our members," he said in a letter to Marquette University's president, Michael Lovell, and the school's board of directors.

One of the Jesuits who was disciplined by Wild went on to abuse again.

"Looking back, I would have handled certain aspects of those cases rather differently than I did then," he said. "The restrictive measures I thought quite sufficient to restrain the behavior of one of those priests, for example, proved in practice to be insufficient to do so. I very much regret that and apologize especially to those victimized for my mistakes in that regard."

A version of this story appeared in the Oct 5-18, 2018 print issue under the headline: Morneau withdraws from ministry.