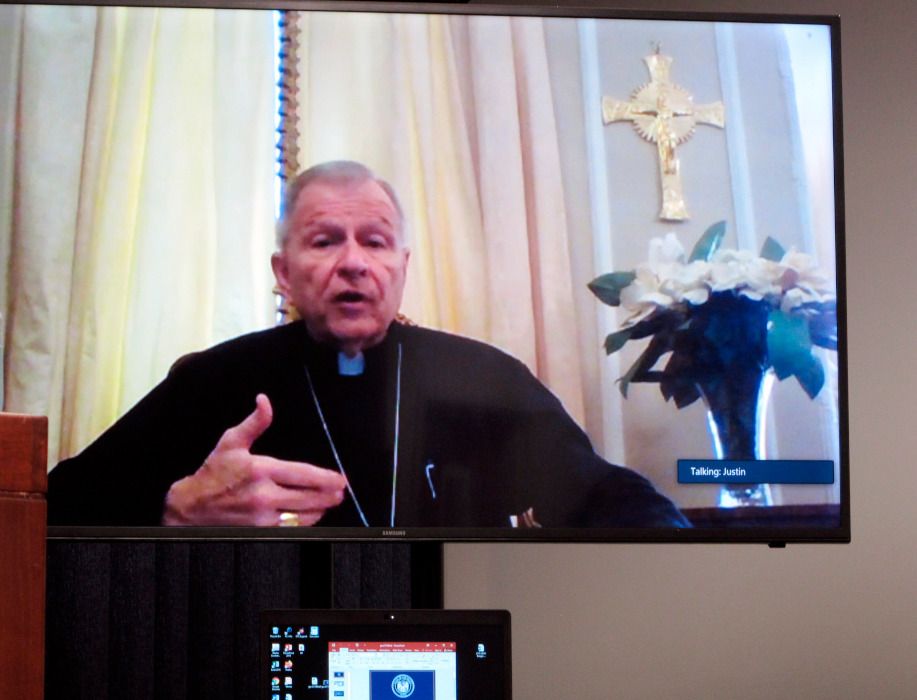 A bankruptcy filing by New Orleans' Roman Catholic archdiocese freezes sexual abuse lawsuits and could help bury the details of alleged coverups of predator priests and thousands of internal emails documenting a behind-the-scenes alliance with the New Orleans Saints.

Attorneys for those suing the church attacked last week's Chapter 11 filing as a veiled attempt to keep church records secret, scrap a long-awaited legal deposition of Archbishop Gregory Aymond and deny victims a public reckoning that had been years in the making.

"Those victims were on the path to the truth," attorney Soren Gisleson wrote in court papers. "The rape of children is a thief that keeps on stealing."

Among the most explosive legal fights now in disarray is a lawsuit alleging Aymond and his three predecessors systematically concealed the crimes of the Rev. Lawrence Hecker, an 88-year-old priest removed from active ministry in 2002 after accusations that he abused "countless children."

A recent court motion drew direct parallels between the church's handling of Hecker and John Geoghan, a serial pedophile who molested scores of children during his 30-year career as a Massachusetts clergyman.

The bankruptcy also freezes a court battle over a cache of confidential emails describing the behind-the-scenes public relations work New Orleans Saints executives did for the archdiocese in 2018 and 2019 to contain fallout from clergy abuse scandals.

While the Saints say they only assisted in messaging, attorneys for the men suing the church allege Saints officials joined in the church's "pattern and practice of concealing its crimes." The attorneys contend that included taking an active role in helping to shape the archdiocese's list of 57 credibly accused clergy, a roster an Associated Press analysis found was undercounted by at least 20 names.

AP, which has sought the release of the emails as a matter of public interest, said in court papers last week that it remains unclear why secrecy is warranted for "two high-profile and quasi-public institutions like the Saints and the Archdiocese."

The New Orleans archdiocese is the latest of more than 20 dioceses nationwide to declare bankruptcy, an action Aymond attributed to a "resurgence of the clergy abuse crisis" and liabilities of $100 million to $500 million deepened by the coronavirus pandemic. He said the filing would allow victims to be compensated directly through a "court-supervised process."

"There is not one single event or issue that prompted this filing," the archbishop said in a video to parishioners.

Attorneys for the men suing the church have already accused the archdiocese of understating the value of its total assets at also between $100 and $500 million. They cited an insurance declaration covering $2.1 billion in damages, adding the archdiocese "makes no attempt to explain this discrepancy" in court filings.

Aymond had been scheduled to give a deposition later this month in the Hecker case. Lawyers for Hecker's alleged victims say they uncovered hundreds of incriminating records in discovery and still want a judge to make them public regardless of the bankruptcy.

In previous court filings, they drew a direct parallel to the successful effort by The Boston Globe nearly 20 years ago to overturn a confidentiality order protecting documents produced during lawsuits filed by victims of Geoghan.

That led to the resignation of the late Cardinal Bernard F. Law, who covered up for Geoghan's abuses with the knowledge of five auxiliary bishops, including Alfred C. Hughes, who preceded Aymond as archbishop of New Orleans.

"The public, media and law enforcement have no idea of the depth of Hecker's disgusting crimes against children or the Archdiocese's equally disgusting suppression of those crimes," the filing alleges.

But whether any of the dozens of clergy abuse lawsuits against the archdiocese will see the light of day is an open question.

John C. Manly, an attorney who has represented clergy abuse victims through more than a dozen bankruptcy filings, said "it's highly unlikely" the men suing the archdiocese will succeed in airing internal church records.

"Clearly this is a focused effort to conceal the documents," he said.

Manley said attempts to keep the lawsuits alive are longshots because bankruptcy courts generally don't want debtors to continue with legal action that may force them to spend more money.

But Mike Finnegan, an attorney with Minnesota-based Jeff Anderson & Associates, said the bankruptcy filing pushes the fight to air the church records into the bankruptcy court, where the documents could be released after a lengthy process, possibly as a condition of a bankruptcy settlement.

"There are so many people involved, and this is so important for the public and survivors, that the fight will continue," he said. "I believe those documents will see the light of day, but it will be delayed by the bankruptcy process."

New Orleans' bankruptcy reflects a strategy the church has pursued in other jurisdictions to simply "come up with a settlement and move on," said Kevin T. Stocker, an attorney who sued the church in Buffalo, New York, before it recently declared bankruptcy.

"They don't want this story out," Stocker said. "It's so ugly that they knew what was going on. They're trying to control their brand and image."

Accountability | Saints emails, lawsuits could be buried in church bankruptcy

Judge allows AP to be heard in dispute over Saints emails