by Joshua J. McElwee
Accountability
Vatican
This article appears in the Synod on the Youth 2018 feature series. View the full series. 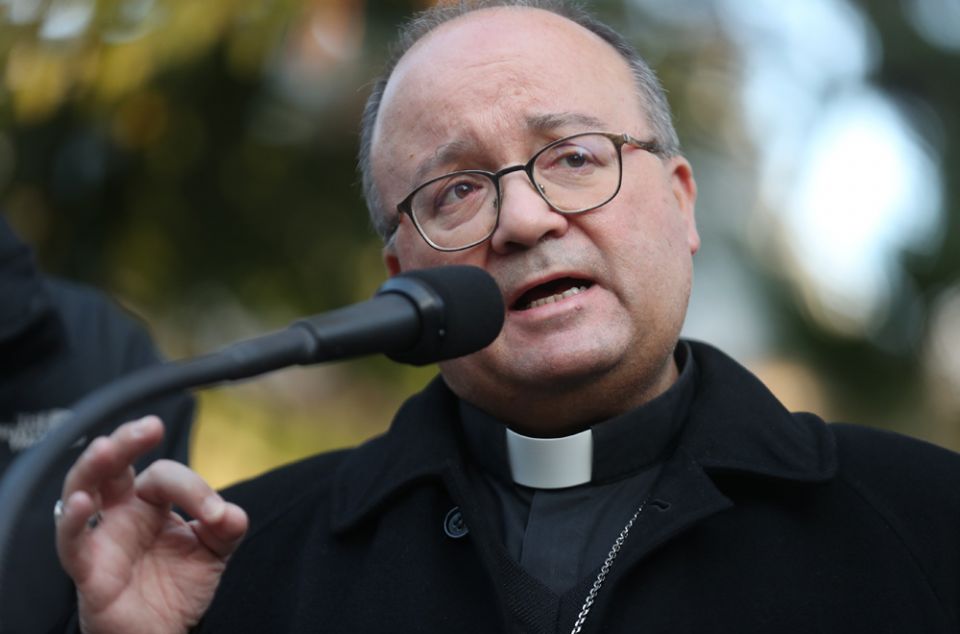 Vatican City — The Vatican's leading investigator on clergy sexual abuse says the issue of accountability for Catholic prelates who mishandle abuse allegations should be discussed at Pope Francis' upcoming February summit with the presidents of the world's various conferences of bishops.

"We need to put on the agenda not only the question of prevention, but also accountability," Maltese Archbishop Charles Scicluna said at an Oct. 8 press conference, reiterating: "This should be on the agenda."

"We bishops realize that we are accountable, not only to God but also to our people," said Scicluna, the former chief prosecutor for the Congregation for the Doctrine of the Faith. "We are not only accountable on a personal level for whatever we do, but we are also accountable when it comes to stewardship."

In the first such summons by a pontiff, Francis announced last month that he is calling all bishops' presidents to Rome for a Feb. 21-24 summit on the theme of "protection of minors."

Scicluna, who has served as archbishop of Malta since 2015 but is frequently entrusted by Francis with investigating allegations of abuse, spoke about the upcoming summit at a briefing during the ongoing Oct. 3-28 Synod of Bishops, which is focusing on the needs of young people today.

While the archbishop said the synod was not the "best forum" to discuss specifics about new measures Francis is considering to address clergy abuse — because many other issues are also being discussed — he said many of the gathering's working groups have talked about the effects of abuse.

"We know that most victims are young people," said Scicluna. "If you talk about young people you also have to talk about their wounds. And this is an unfortunate wound inflicted by the very people who should heal rather than wound, so it is more than tragic."

The archbishop said he thought the discussions about abuse at the synod, which is being attended by 267 prelates, have strengthened Francis' hand in dealing with the issue.

"I think that when the Holy Father, surrounded by a good representation of 260 bishops from all over the world, hears the same wish to go from beautiful words to actions, he is obviously empowered to do what he really wants for the church, and that is to make the church a safer place," said Scicluna.

Accountability for bishops who mishandle allegations against clergy has long been a key request of abuse survivors and advocates for decades. In the Catholic Church, bishops are the supreme power in their territory, known as a diocese, making it difficult for anyone other than the pope to hold them to account.

In 2015, the Vatican announced that Francis had approved the creation of a special tribunal to judge bishops who do not appropriately handle accusations of clergy sexual abuse.

But that tribunal never came to fruition. In 2016, the pope decided instead to give four Vatican offices power to initiate removal of bishops found negligent in responding to abuse cases.

Survivors such as Irishwoman Marie Collins have questioned that decision, saying it has led to a nontransparent system where it is unclear whether bishops are being held to account.

The prelate said the February summit will have a "tall agenda" of issues to consider. One of the other matters he said he hopes will be discussed is the global nature of the abuse crisis.

"We have to realize that this is not a problem linked to any culture or any geographical part of the globe, as used to be said," said the archbishop. "I think that's a myth that has to be dispelled."

"I think that we need to come together to realize that we need to empower ourselves and our communities to disclose abuse and we need also to come to the root of the abuse question," he said, identifying the root, like Francis, as clericalism.

"What the pope says when he talks about clericalism ... is that there is a perversion of ministry; looking at ministry as a source of power rather than of service," said Scicluna. "That is something that we need to tackle, because we need to go to the root of the issues."

Listing other matters, he added: "We need to tackle the question of formation of clergy, screening of clergy, cooperation with civil authorities; but, fundamentally, the empowerment of our communities to give an effective response."

"This is something that concerns everybody, everywhere," he said.

Scicluna said he thought the recent spate of revelations of abuse were going to make the global church "really, really humble."

"Is there no other way to humility except through humiliation?" he asked. "And it is a big humiliation, and it's going to make us humble."

"What do I say to people who don't do church because they say, 'Hey guys, you say one thing and you do the opposite, shame on you?' " he queried aloud. "I think I need to say, 'Yes, you're right, shame on us.' "

"I think there is no other way to the heart of a human being who has been scandalized than through humility and penance, and also silence," said Scicluna.

Asked what he would say to a young person who has suffered abuse in the church, the archbishop responded: "I have little to say. I would prefer to cry with them, like has happened to me many times. Before this tragedy, silence and tears are the first response."

"When I encounter victims … I always find a great thirst, a great hunger for justice," he said. "It is my privilege to try and help the church understand the truth, and to give justice."

"Sometimes justice takes a long time in coming," he admitted. "This is a problem that causes much pain to Pope Francis."

Scicluna said that in his work in his diocese he has learned that he must ask help from lay experts in handling abuse cases.

"I cannot trust only in my judgment," he said. "There is need then, as I have, for a group of lay experts, who do the investigation and give me a direction for the judgment."

One journalist, noting a recent study that showed a strong decline in Americans' favorability ranking for Francis, asked Scicluna what he would say to those who do not trust the pope to address the abuse crisis.

"Give him time," he responded.

A version of this story appeared in the Oct 19-Nov 1, 2018 print issue under the headline: Scicluna: Put accountability on the agenda .