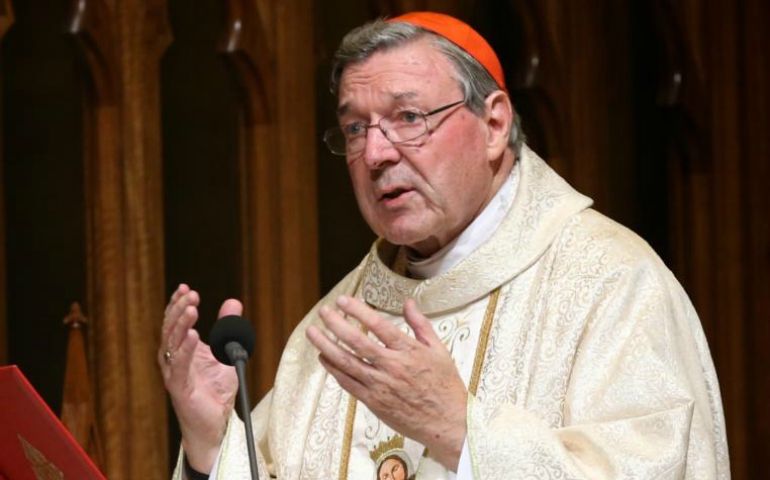 Sydney, Australia — Public prosecutors have submitted recommendations to Victoria Police on whether to try Australian Cardinal George Pell on decades-old abuse allegations, but their advice has not been made public.

Until police decide how to proceed, Sydney Archbishop Anthony Fisher said he will not be commenting on the case.

"Justice must be left to run its course," Fisher said in a statement May 17.

Archbishop Fisher said Pell, currently head of the Vatican Secretariat for the Economy, "has cooperated in every way with multiple police, parliamentary and Royal Commission investigations."

"Everyone supports just investigation of complaints, but the relentless character attacks on Pell, by some, stand the principle of innocent-until-proven-guilty on its head," Fisher said. "Australians have a right to expect better from their legal systems and the media. Even churchmen have a right to 'a fair go.'"

Last July, allegations surfaced in a report by the Australian Broadcasting Corp. featuring several people who accused Pell of sexual assault; at least one of the accusations had been found to be unsubstantiated by an Australian court in 2002. Some accusations dated to the late 1970s, when Pell was a priest in Ballarat, Australia.

At the time the allegations surfaced, Pell dismissed them as "nothing more than a scandalous smear campaign," and a statement issued by his office said that "claims that he has sexually abused anyone, in any place, at any time in his life are totally untrue and completely wrong."

In October, Australian police questioned Pell in Rome regarding the accusations.