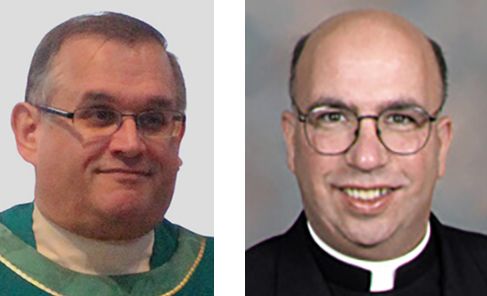 Philadelphia — Two priests of the Archdiocese of Philadelphia have been found unsuitable for ministry, the archdiocese announced Aug. 19 following Masses at the parishes where Fr. Andrew McCormick and Msgr. Gregory Parlante most recently served.

The ministry for both priests has been restricted during the course of the church investigation and their respective legal proceedings.

For McCormick, 62, that course has been long and winding. Arrested and charged in July 2012 for allegedly sexually abusing a minor, he faced criminal trials in 2014 and 2015. Both ended indecisively in mistrials, and prosecutors later dropped all charges against him.

The civil lawsuit that followed concluded in an out-of-court settlement in early 2018, the details of which were not made available by the archdiocese.

The archdiocesan statement said the charges against Father McCormick stemmed from a report of alleged abuse first made directly to law enforcement and of which the archdiocese had no prior knowledge.

He had been placed on leave from ministry as pastor of Sacred Heart Parish in Swedesburg in 2011 on an unrelated allegation of misconduct.

As per archdiocesan policy, the church's internal investigation of the 2012 allegation began only after criminal and civil legal actions against McCormick were concluded.

The Archdiocesan Professional Responsibilities Review Board found the allegation of sexual abuse of a minor to be substantiated. Philadelphia Archbishop Charles Chaput accepted the board's recommendation and informed McCormick.

The statement said the priest "will either be laicized or enter into a supervised life of prayer and penance," but did not indicate what the next step will be for McCormick, or when it will occur.

Laicization is the church's legal, or canonical, process that relieves a priest or deacon from the clerical state, sometimes referred to as "defrocking," rendering him a layperson.

The Prayer and Penance Program houses and supervises priests who voluntarily accept residence after admitting to sexual abuse of a minor. Currently it includes at least 12 priests, all of whom have accepted permanent restriction on their priestly ministry.

It has been located on the campus of Villa St. Joseph, the archdiocesan priests' retirement home in Darby since 2005.

That was the year of the first Philadelphia grand jury report on clergy sexual abuse, followed by a second report in 2011. The Pennsylvania grand jury report on clergy sexual abuse released Aug. 14 did not include Philadelphia or the Diocese of Altoona-Johnstown, which a grand jury investigated in 2016. The new report involved an investigation into claims of clergy sex abuse over a 70-year period in the dioceses of Pittsburgh, Greensburg, Erie, Allentown, Scranton and Harrisburg.

In the case of Parlante, 61, it was not sexual misconduct but drugs that introduced him to the criminal justice system.

He resigned as pastor of St. Cornelius Parish in Chadds Ford in early spring 2017 and has been on leave from ministry since then.

By May of that year, a suspicious package found in his office by rectory staff was confirmed by Pennsylvania State Police to contain illegal methamphetamine, a highly addictive and destructive drug.

By January 2018 Parlante was arrested and charged with two misdemeanor counts of drug possession and one felony charge of theft. Police had determined that he allegedly stole approximately $5,500 from St. Cornelius' church collections and used it to buy drugs through the mail.

He entered into a Delaware County program for first-time offenders in which he was ordered to perform 64 hours of community service, pay back the $5,500 to St. Cornelius Parish and complete one year of probation.

Only after the conclusion of the sentencing did the archdiocese's investigation into Parlante's suitability for ministry begin.

The archdiocesan review board determined that because of Parlante's violation of the archdiocesan policy on Standards of Ministerial Behavior and Boundaries, he is not suitable for priestly ministry.

According to the archdiocesan statement, the board was established in 2002 and functions as a confidential advisory body to the archbishop. Its 12 men and women, both Catholic and non-Catholic, possess extensive professional experience in investigation, prosecution, child abuse prevention, victim services and the treatment of sexual offenders.

The future status of Parlante is undetermined at this time while his public ministry remains restricted.

While he would not enter Prayer and Penance because his case does not concern child sexual abuse, he could seek laicization, though it would not be required of him by the archdiocese at this time, according to church officials.

A Delaware County official has recently cited the sale and use of methamphetamine as a growing scourge in the community. "Meth is becoming the new heroin," said Upper Darby Police Superintendent Michael Chitwood in an article in the Delaware County Daily Times.

Gambino, director and general manager of CatholicPhilly.com, the news website of the Archdiocese of Philadelphia.