IMG_0497 Congregation for the Doctrine of the Faith CROP.jpg 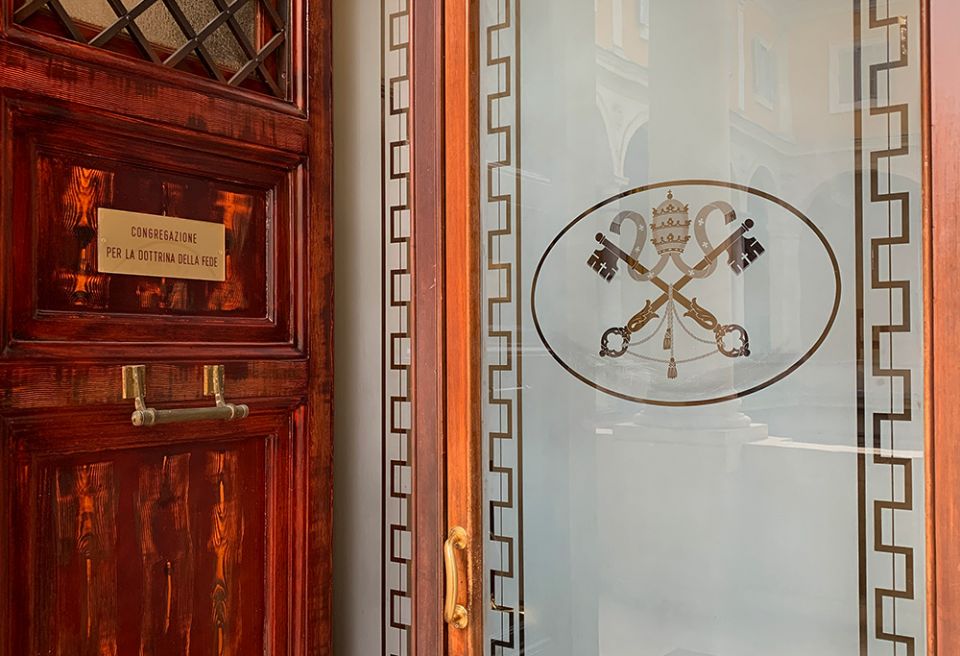 The door into the Congregation for the Doctrine of the Faith inside the Vatican's Palace of the Holy Office (NCR photo/Joshua J. McElwee)

Toledo, Ohio — The Vatican permanently removed from priestly ministry a retired priest of the Toledo Diocese who was accused of multiple allegations of sexually abusing a minor.

Officials at the Congregation for the Doctrine of the Faith determined that the former priest, Nelson Beaver, was guilty of the allegations, the diocese said April 30.

"The Holy See has imposed the penalty of perpetual prohibition from public ministry ('prayer and penance')," the diocese said.

"Prayer and penance" is the church's terminology for the permanent removal of someone from priestly ministry.

Beaver was placed on administrative leave in October 2018 and retired the next year after the diocese received an abuse allegation dating back more than 25 years, the diocese said. Three other allegations of abuse were later made against Beaver by people in other communities.

Per diocesan policy, the allegations were reported to county prosecutors in Huron, Lucas and Williams counties in Northwest Ohio where the alleged abuse occurred.

Prosecutors in Huron and Williams counties investigated the claims and chose not to file criminal charges, while the Lucas County prosecutor decided not to investigate at accuser's request, The Blade newspaper in Toledo reported.

After the civil proceedings ended, Toledo's diocesan review board conducted its own investigation. In October 2019, the diocese announced that the review board found the allegations to be substantiated and it unanimously voted that Beaver was not suitable for the priestly ministry, the diocese said.

Toledo Bishop Daniel Thomas then presented the case to the Vatican congregation, which recently handed down its decision.

Beaver has denied the allegations throughout the proceedings, the diocese said.

The congregation's determination means that Beaver is not permitted to celebrate Mass publicly, to administer the sacraments, wear clerical attire or present himself publicly as a priest. He also was placed under supervision of the diocese.

The diocese said it "remains vigilant in ensuring the protection of children and providing a safe environment for all young people, as well as ensuring the dignity and integrity of the priesthood" and asked for prayers for all people involved.