California officials lead with the 'faith that does justice'

by Jocelyn A. Sideco
Accountability
Justice 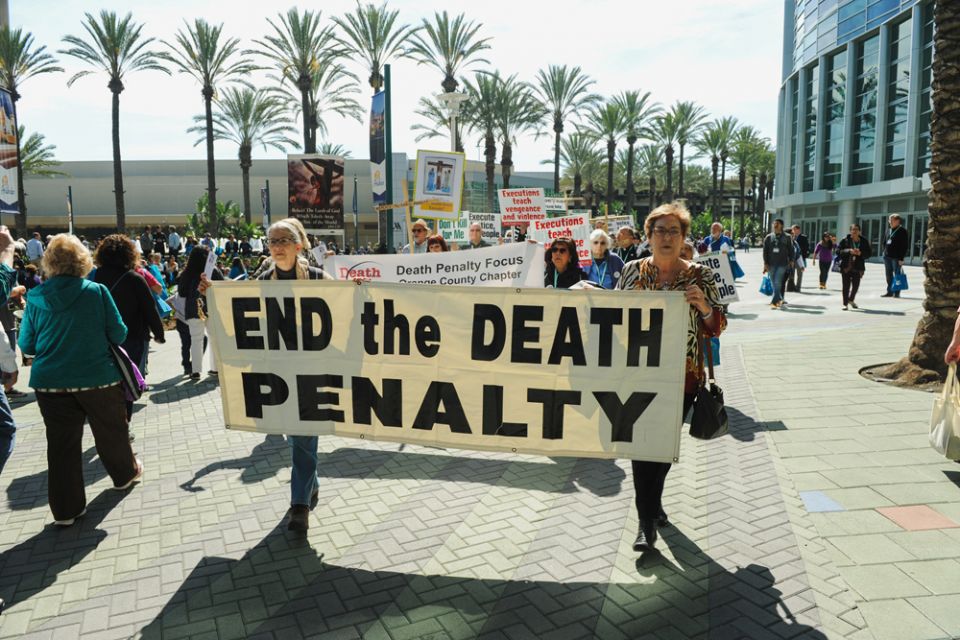 I love working with high school kids. They are honest, curious and enthusiastic about anything that gets them closer to answering the question, "Who am I?" or "What do I want to be about?" Ironically, working in a high school slightly differs from working with high school students. Although engaged learners are encouraged to cultivate curiosity in the classroom, courage and perseverance on the playing field, and kindness in the spaces in between, institutional bureaucracy can unintentionally promote a delay in action or at worst default to inaction.

I am compelled to consider what leadership looks like from a more action-oriented generation.

I consider the past few weeks, in particular. I pray with Pope Francis' words directed at the faithful from a morning meditation he offered on Sept. 16, 2013: "We need to participate for the common good. Sometimes we hear: a good Catholic is not interested in politics. This is not true: good Catholics immerse themselves in politics by offering the best of themselves so that the leader can govern."

Pope Francis also offers a prayer for the leaders: "Every man and woman who assume the responsibility of governing should ask themselves these two questions: Do I love my people, so that I may better serve them? And am I humble enough to hear the opinions of others so as to choose the best way of governing?" If they "do not ask themselves these questions, they will not govern well."

I contemplate deeply what it means to live out what Jesuits call a "faith that does justice." This common phrase in the Jesuit world primarily refers to Decree 4 of the 32nd General Congregation of the Society of Jesus, "Our Mission Today: The Service of Faith and the Promotion of Justice." Written 10 years after the Second Vatican Council, the "Service of Faith" roughly refers to Christ the suffering servant and his motivation to lay down his life for all; "The Promotion of Justice" refers to a well-planned strategy to make the world more just. The collective phrase joins, not separates, a deep motivation and example of how to make the world just from Jesus' example and perspective.

Let me share two key moments. First, Gov. Gavin Newsom signed an executive order putting a moratorium on the death penalty in California and closing our state's death chamber at San Quentin State Prison. In an editorial that CNN published, Newsom stated, "After careful deliberation, I concluded that the heavy cost of the death penalty is one we can no longer afford — not just the financial burden on our justice system, but the moral cost of executing fellow Californians." He continued, "I took this action because death sentences are unevenly and unfairly applied based on race, income and mental disability, and because we cannot abide the potential execution of an innocent person."

My perspective is biased since meeting more and more formerly incarcerated men who are in some sort of transitional housing situation in the Bay Area. My perspective has also been formed by Sr. Helen Prejean's personal account of companioning Patrick Sonnier, a convicted killer of two teenagers, to Louisiana's electric chair.

Death by the hands of the state is nothing I condone, neither now nor during Jesus' time.

A second moment involves high school students in our state capitol in Sacramento, California. A group of civically engaged and thoughtful students and I met with members of our state Assembly and Senate to discover ways in which student voices can participate in the reality of current governance. In our meetings we came across a desire to create a statewide office for Immigrant and Refugee Affairs, a prohibition on flavored tobacco products, a bill to allow 17-year-olds who will be voting age in the next general election, the right to vote in primary or special elections that take place in the meantime.

Our identity as a Catholic school on the hill was challenged when we discussed Sen. Jerry Hill's bill proposing that clergy's penitential privilege be removed so that information about child abuse shared within the sanctity of confession is no longer protected. Our students' perspectives and practices vary widely — from uncritically following Roman law to questioning the very purpose of that penitential privilege, especially if the primary role for clergy is to be a trusted leader engaged in community-building in ways that are just and moral.

How would Jesus come to understand and interpret both religious freedom and state law? Who are the least of these he would find himself dining with — victims and survivors of abuse at the hands of trusted clergy, or clergy who need medical attention and societal support? Who are the perpetrators of the sexual abuse scandal — the aged system or the individuals that make up the institution? Can the magisterium (or patriarchal hierarchy) be held more accountable than a few bad apple priests or bishops?

My perspective is biased towards wanting a safe and life-giving environment to explore faith, ethics and morality. I think Jesus may very well disregard protecting the hierarchy when there are lives at stake. I wonder if he would call the penitential privilege a convenient cover-up. Yes, this may sound extreme, but my experience of Jesus is not the sanitized, goody-two-shoes white Jesus in the portraits that hang in some churches. My experience of Jesus is the "roll-your-sleeves-up-because-this-is-complicated-and-we-must-stand-for-the-whom-the-system-has-failed" brown Jesus who lived by fig and olive trees.

As I continue to contemplate these moments in the light of Pope Francis' call and prayer for better leadership, I am confronted with a discernible invitation: continue to form my conscience, stick close to Jesus, and go to the margins of society. And when I go to the margins, like any other border, I find the most complicated experience of life.

[Jocelyn A. Sideco is a retreat leader, spiritual director and innovative minister who specializes in mission-centered ministry. She directs the Community Service and Social Justice office at St. Ignatius College Preparatory in San Francisco. Visit her online ecumenical ministry, In Good Company, at ingoodcompany.net.co or email her at jocelyn@ingoodcompany.net.co.]

Column | California officials lead with the 'faith that does justice'