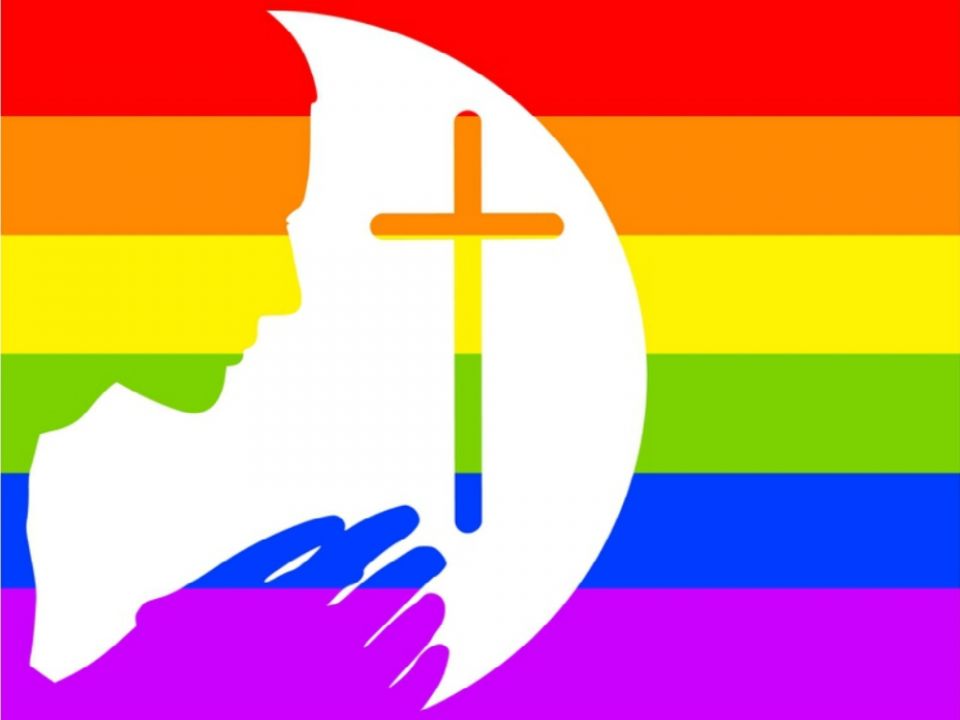 In my many years working remotely from home, I have called the video chat service Zoom many things. A "miracle" was never one of them.

That was until yesterday evening, when it allowed my community a chance to celebrate our weekly liturgy, which, just 24 hours earlier, was canceled as part of the joint effort to stem the spread of COVID-19.

I am among the cantankerous crowd who often blames technology for exacerbating our already radically individualistic society and who broods about the ways it intensifies loneliness and breeds cowardice.

But last night, I was genuinely moved by what Zoom offered us. With just a few hours' notice, I slapped together a eucharistic liturgy suitable for virtual consumption, while other community members tried to master how to share files seamlessly, play music at an appropriate volume and, most importantly, mute the congregations' computer mics at key moments.

Our community is the New York City chapter of DignityUSA, which for more than 15 years now has been a spiritual home for me. As many readers know, DignityUSA is an organization that envisions and works toward the full integration of LGBTQ persons into the Catholic Church. Since 1978, the community, which just celebrated its 50th anniversary, has chapters through the U.S., typically in larger cities.

Once upon a time, Dignity chapters were part of Catholic parishes, operating like any other church group. That was until 1986, when then-Cardinal Joseph Ratzinger (later Pope Benedict XVI) issued the "Letter to the Bishops of the Catholic Church on the Pastoral Care of Homosexual Persons."

In the document (which is colloquially known as "the Halloween letter" because of its release date of Oct. 30), Ratzinger made clear that same-sex relations were "a disordered sexual inclination which is essentially self-indulgent." He also threw in the terms "intrinsically disordered" and "moral disorder" to describe "homosexual activity."

Because Dignity groups always affirmed the goodness and holiness of gay and lesbian relationships, the Halloween letter led most bishops to expel Dignity groups from their parishes. To this day, most chapters are banned from meeting on any Catholic grounds and all priests in good standing are threatened with "losing their faculties" (i.e., being banned from celebrating the sacraments) if they lead a Dignity liturgy.

One of the elements of Dignity that I have always admired is that when they were thrown out of the church, they had the gumption to carry on being church.

These draconian punishments, which continue to this day, can make it a challenge to sustain Dignity chapters. There is no institutional support and most chapters' labor force is completely voluntary. In my own chapter, we have moved to a leadership model that invites laypeople to preach and preside at the eucharistic liturgy. (As someone who has longed to be a priest for decades, it has been an enormous gift for me to be called to serve the community in this way.)

Because chapters can be few and far between, when members move away from their community's location, they tend to lose touch. One of the things that made our Zoom liturgy so powerful last night was the appearance of the faces of many members who aren't able to be physically present with us on Sundays. The joy of seeing one another on screen — in a sequence of boxed images that resembled the opening of "The Brady Bunch" — was strangely palpable.

One member, who was living in Ireland, spoke of the comfort it gave her to see her former church friends amid so much isolation. Regular churchgoers laughed that the experience was so life-giving, they might want to continue to do virtual Mass even when the pandemic is behind us!

But my own joy was tinged with a bit of sadness. In the back of my head, I was remembering that, just last week, the Detroit chapter of DignityUSA was formally expelled from Catholic grounds.

Until now, Dignity Detroit had been one of the exceptions to the rule. The chapter had been permitted to celebrate liturgies in a chapel at a Catholic college and some priests still participated in its services.

But in a letter to priests dated March 9, Detroit Auxiliary Bishop Gerard Battersby wrote, "A Mass for Dignity Detroit members — one which rejects Church teaching on human sexuality — is not possible in any parish church, chapel, or diocesan facility, and is indeed forbidden everywhere in the Archdiocese of Detroit."

Offering a Mass would "confuse the faithful by seeming to endorse an alternative and contradictory path to sanctity," Battersby added in his missive.

According to Battersby's letter, Detroit's Archbishop Allen Vigneron has "appointed priest chaplains ... to support and invigorate the Courage and EnCourage apostolates."

Courage is a program that is supposed to support Catholics struggling with what they call "same-sex attraction." As I wrote in this column back in 2011, Courage uses a 12-step model to cope with this so-called SSA:

The first step of the new program reads like this: "We admitted that we were powerless over homosexuality and our lives had become unmanageable."

The teachings of Courage, Battersby writes, "though challenging, promote human flourishing and bring joy when received with open hearts. This situation is thus a source of sadness, for those who reject the teachings deprive themselves of the blessings that come with living a life in Christ."

In a twist of irony, Battersby's letter is one of the outcomes of "Synod 16," a three-day gathering in 2016 that Vigneron called in the synodal spirit encouraged by Pope Francis.

So, it seems, the more we think church leaders might be evolving on LGBTQ issues, the more things stay the same. Nevertheless, it is a particularly callous act to eject faithful people from their sacred space during a pandemic, a time in which our senses of space, location and home are already in anxious and disorienting flux. It's the opposite of courage.

One of the elements of Dignity that I have always admired is that when they were thrown out of the church, they had the gumption to carry on being church. But as we see in this latest episode from Detroit, that kind of spirit, that kind of trust that God is with us and working through us, comes at a price.

Because we are LGBTQ Catholics who have integrated our sexualities with our sacramental faith, we are treated like damaged goods by our church leaders. Because we are working toward and achieving happiness and peace with our sexual orientations and gender identities, the hierarchy want us shipped off like some kind of island of misfits.

Ultimately, it is the institutional church's loss. But that realization doesn't lessen the pain of exclusion.

Our plucky Zoom Mass this weekend reminds me that the sacramental power of the Spirit will continue to move and work within Dignity Detroit, regardless of what holy ground they meet on or which member of the priesthood of all believers leads them. Like all Dignity communities, they will be a prophetic sign of what the church could and will look like on that day when all of God's beloved LGBTQ people are truly free and welcome in the church they long to call home.

A version of this story appeared in the April 17-30, 2020 print issue under the headline: With callous timing, Detroit bishops ban LGBTQ group .

A case of secrecy and self-silencing