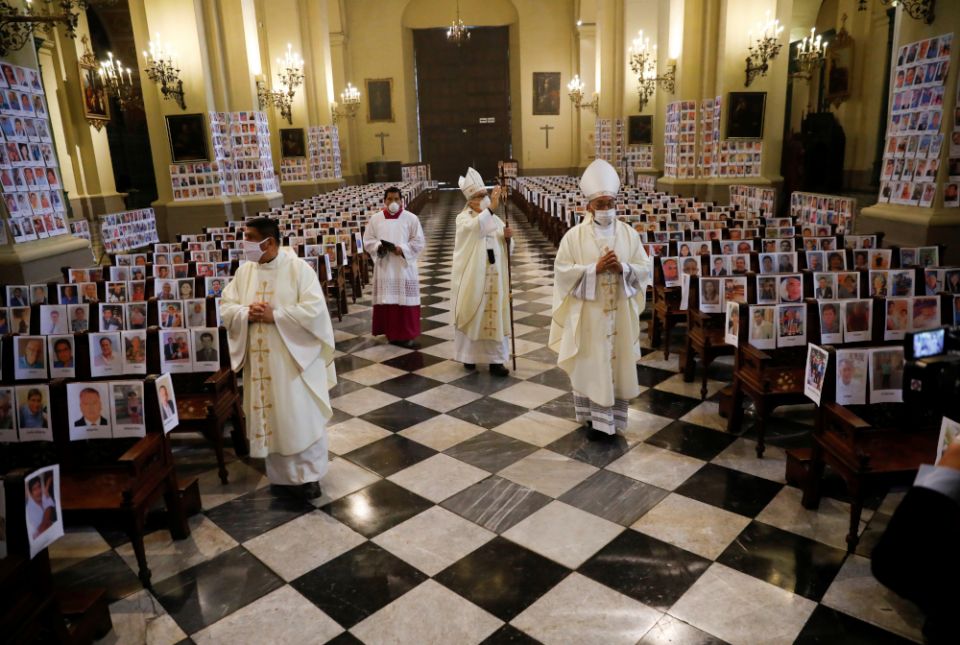 Peruvian Archbishop Carlos Castillo Mattasoglio of Lima blesses thousands of photographs of victims who died from COVID-19. The photos were put on the pews of the cathedral June 14, 2020. (CNS/Reuters/Sebastian Castaneda)

Rome — The bishops of Peru have launched an initiative not only to confront the challenges facing the country due to the coronavirus pandemic but also to confront the pandemics of corruption, indifference and exclusion plaguing the country, said Peruvian Cardinal Pedro Barreto of Huancayo.

"We have a power void that we hope to overcome with good judgment and civil vigilance," knowing that "democracy is enforced by listening to the people," the cardinal told CNS.

Massive protests broke out in the country after Peruvian legislators voted Nov. 9 to impeach President Martin Vizcarra over charges of corruption and his handling of the pandemic.

The removal of Vizcarra, who was popular for his stance against political corruption, was seen by protesters as an act of political revenge by the Congress.

Legislators were forced to choose another candidate as president Nov. 15 after congressional leader Manuel Merino resigned as interim president after less than six days in power due to the protests across the country.

Francisco Sagasti is to be sworn in Nov. 17, making him Peru's third president in just over a week.

Commenting on the current situation, Barreto said that government authorities in both the executive and legislative branches must "realize that they are servants of the common good and must not use politics and democratic elections to benefit themselves or interest groups above the noble and high interests of the nation."

Nevertheless, he said, the Peruvian bishops' conference remains focused on helping to inspire unity and solidarity through "Resucita Peru Ahora," aimed specifically at combatting the threat of COVID-19.

As of Nov. 17, an estimated 35,271 people have died from coronavirus in Peru, according to Worldometer, a statistical site monitoring the pandemic.

Barreto said that while the number of deaths may seem low compared to other countries, it is proportionally one of the highest death rates in the world.

"There are nearly 36,000 dead; some say that this number is much greater," he said. "It has made us aware that we have to respond in an immediate way, in a spiritual way and also in a scientific way, but we must respond efficiently and quickly to this situation."

Established in August, "Resucita Peru Ahora" was inspired by an editorial written by Pope Francis and published in the Spanish magazine "Vida Nueva" in April. 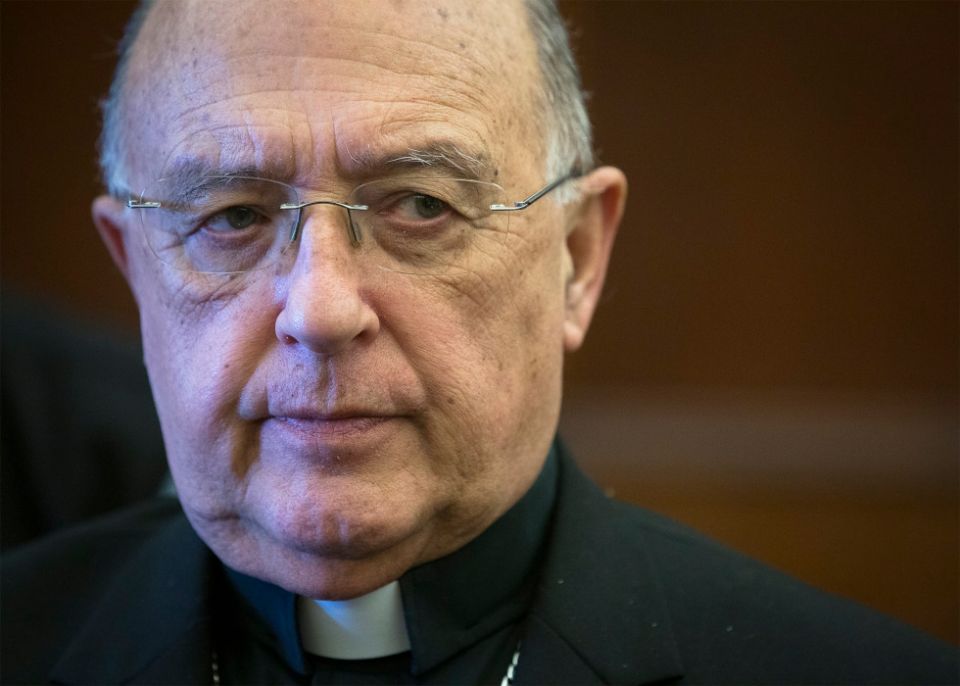 Peruvian Cardinal Pedro Barreto Jimeno is seen during a news conference at the Integral Ecology summit at Georgetown University in Washington in this March 20, 2019, file photo. Cardinal Barreto has expressed his hope a new pastoral program of the bishops' conference will not only help Peruvians face the challenges of the coronavirus pandemic but also help them confront the pandemics of corruption, indifference and exclusion plaguing the country. (CNS/Tyler Orsburn)

Titled, "Un plan para resucitar," ("A plan to resurrect"), the pope highlighted the need "to unite the entire human family" and said that the only way to conquer the coronavirus is through "the antibodies of solidarity."

"We cannot afford to write the present and future history with our backs turned to the suffering of so many," the pope wrote. "It is the Lord who will ask us again, 'Where is your brother?' and, in our ability to respond, may the soul of our peoples be revealed, that reservoir of hope, faith and charity in which we were begotten and which, for so long, we have anaesthetized or silenced."

Barreto told CNS that Peru "lives in a permanent state of fragmentation" in which societal ills like inequality, individualism and corruption have created an atmosphere of distrust and a lack of hope that has only been exacerbated by COVID-19.

Barreto added that the pastoral initiative serves as "a message of hope and solidarity" that is much needed given the current political climate in Peru.

"The lesson that 'Resucita Peru Ahora,' is teaching us is that a space of respectful, loving and sincere dialogue is possible when one wants to contribute to the common good, starting with those considered the least and neglected in society," he said.