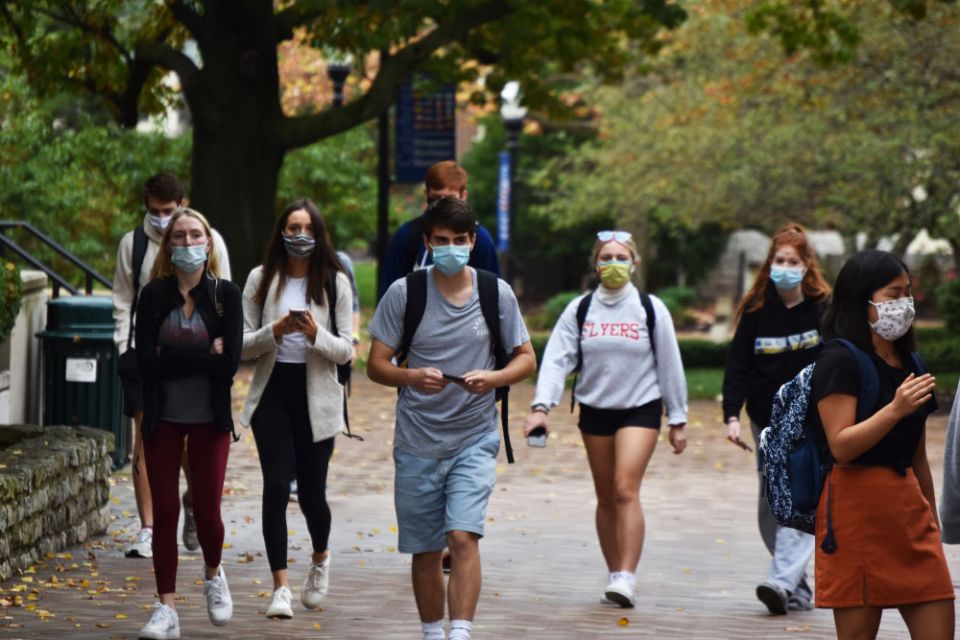 Washington — No one needed to tell the Catholic college and university leaders, attending their annual conference virtually this year, that these different times are affecting their day-to-day operations and what they might do going forward.

During the Feb. 5-6 online conference of the Association of Catholic Colleges and Universities, these school officials were reminded about how they pivoted almost immediately to an online format just over a year ago when the pandemic started and although many are offering some type of in-person schooling now, it still looks very different.

Going forward, many of these schools also are looking at the potential impact of the Biden administration's plans for higher education as well as the financial challenges they faced before the pandemic.

"Even before COVID, we were living through the most disruptive time since the Industrial Revolution" said Gerry Turcotte, president of St. Mary's University in Calgary, Alberta, who moderated the final session on future of American higher education.

The keynote speaker, Arthur Levine, who is part of the Steinhardt Institute for Higher Education Policy at New York University, told the group they have "intrepidly faced the greatest crisis in higher education in more than a century, and you're the people who are going to build tomorrow."

He said the recent major challenges are related to changes in demographics, revolution of digital technology and the global economy all of which were accelerated by COVID-19 particularly as much of higher education "went online in a day and a half." While many colleges have had a decline in enrollment during the pandemic, he said the innovative ones got an enrollment bump. 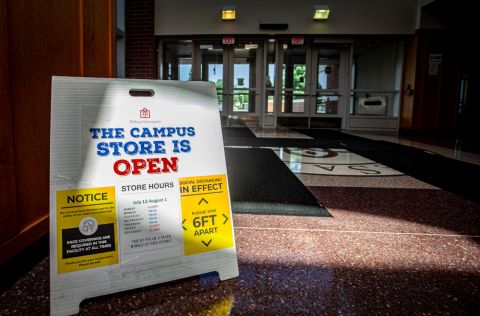 And that kind of innovation will keep schools going, he said, urging leaders to look at examples from film, music and newspaper industries and how they have had to adapt which has led to digital forms of their products on Netflix, Spotify and Buzzfeed.

"The takeaway for us is we have to monitor our competitors," he said, urging them to pay attention to discount online education services such as Coursera, which provides online courses and the information technology training programs offered by Google.

He said when higher education fully reopens, colleges and universities need to "not just be what they were pre-COVID" but should really consider where they want to go long term.

They also should remember that their focus is on the education business, not just about degrees and course credits as many online programs are. He urged the leaders to promote what makes them different and to consider how they will "reshape Catholic higher education for the future."

One concern for the immediate future on the minds of many of these leaders is over campaign promises made by President Joe Biden that could impact higher education — mainly, free college tuition.

Speakers noted that just a few weeks into the new administration, with its strong priority on COVID-19 relief, which also will benefit higher education, there has not yet been a clear indication of how these campaign pledges would translate to agenda items.

Terry Hartle, senior vice president with the American Council on Education, told the conference attendees that the idea of free college tuition will cost the government a lot of money and will likely need congressional approval, which, he said, "won't be easy."

"There is no model for this," he said, noting that with other programs, such as Pell grants, aid goes directly to the students; the idea of aid going directly to states for public universities is more complicated and politically controversial.

What is more likely, said Hartle and speakers in one of the conference workshops, are other plans touted by the new administration such as increasing funds to historically Black colleges and universities and doubling the size of Pell grants, which would help lower-income students afford college tuition.

Barbara Mistick, president of the National Association of Independent Colleges and Universities, said colleges are looking for clear answers about what is in store, and she similarly stressed that doubling the Pell grants would be "a great alternative to free college as it is a mechanism that is already in place."

"That's easier than starting something new," she said, "and could move us in the right direction," with making college more affordable.

A version of this story appeared in the March 19-April 1, 2021 print issue under the headline: Catholic college leaders review pandemic year, challenges ahead .