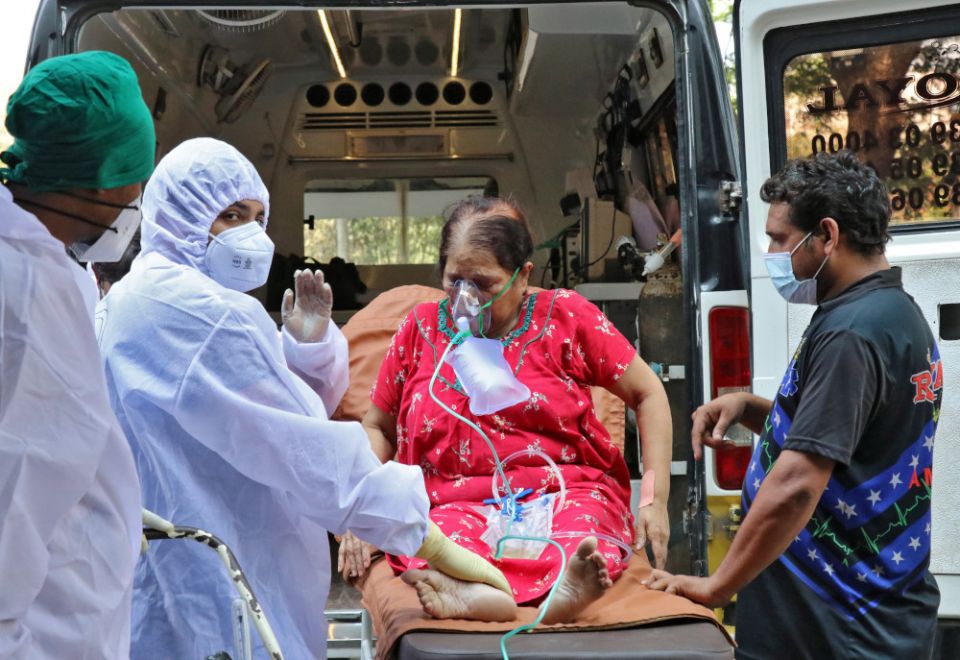 Health care workers and relatives carry a woman from an ambulance for treatment at a COVID-19 care facility in Mumbai, India, May 4, 2021. (CNS photo/Reuters/Niharika Kulkarni)

"We cannot watch this catastrophe unfold and not share the heartbreak and feel the need to help," Vaccari wrote in an appeal to donors.

India, with more than 20 million reported cases, is second only to the United States in number of infections, and some believe the number of cases are underreported because people are dying at home, without medical care. More than 220,000 Indians have died of COVID-19. Media have shown images of mass funeral pyres, overwhelmed hospitals, a lack of beds and oxygen, and a population overcome with grief.

CNEWA has worked with India's Syro-Malabar and Syro-Malankara Catholic churches for more than eight decades. From its offices in Kerala state, CNEWA supports Indian communities' programs for the marginalized as well as the formation of priests and religious sisters.

Church cracks down on Catholics ensnared in murderous code of revenge