by The Associated Press
Coronavirus
World 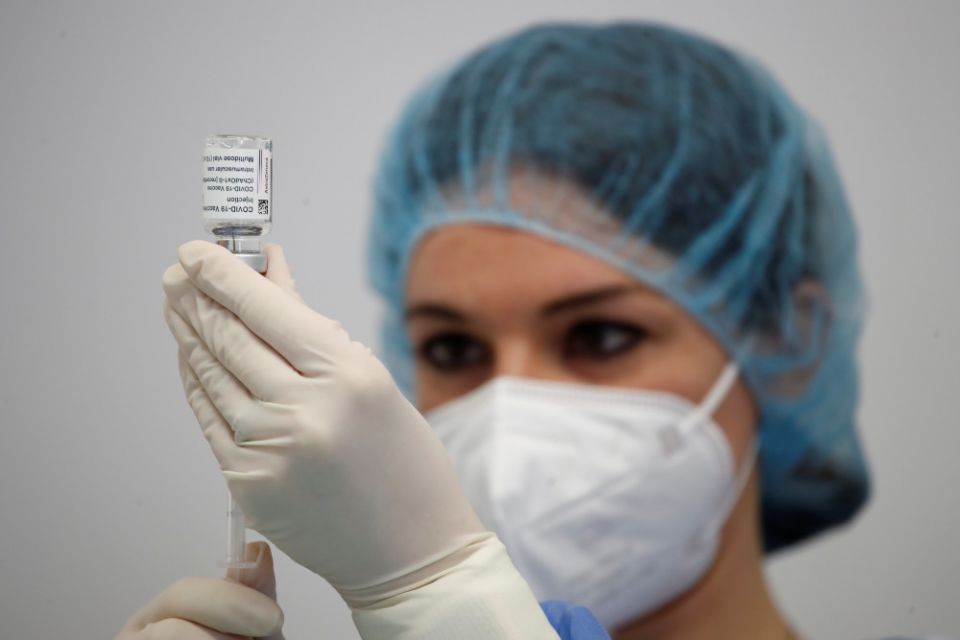 A nurse prepares a dose of AstraZeneca COVID-19 vaccine in Fasano, Italy, April 13, 2021. Poland's Episcopate bioethical team on Wednesday said the use of the AstraZeneca and the Johnson & Johnson vaccines raised "serious moral opposition." (CNS/Reuters/Alessandro Garofalo)

Warsaw, Poland — Poland's top vaccination official said April 15 he did not see any obstacle to the country's inoculation program from the "moral" reservations expressed by the powerful Catholic Church about two vaccines.

Poland's Episcopate bioethical team on April 14 said the use of the AstraZeneca and the Johnson & Johnson vaccines raised "serious moral opposition." It said that was because their technology is linked to lines of cells derived from aborted fetuses.

On April 15, Michal Dworczyk, the government official in charge of the national inoculation program, rejected the suggestion that the bishops' move was a disappointment.

Dworczyk is spearheading efforts to accelerate the immunization program and encourage Poles to get vaccinated. The conservative government usually relies on the Church to advocate its programs in the predominantly Roman Catholic nation.

Dworczyk stressed that, despite their reservations, the bishops approved the use of the AstraZeneca and Johnson & Johnson vaccines where there is no other option. Currently, Poles are offered no choice of vaccine brand during sign-up.

The bishops' statement came months after the Vatican approved as "morally acceptable" the use of vaccines based on research that used cells derived from aborted fetuses. The Vatican's statement in December 2020 was also seeking to dispel doubts voiced by some churchmen in the U.S.

Poland has so far administered over 8 million jabs of the Pfizer, Moderna and AstraZeneca vaccines and on April 14 it received its first shipment of 120,000 Johnson & Johnson shots.

Weak response from some US bishops as priests spread vaccine misinformation