2020 has tested the heart and soul of America 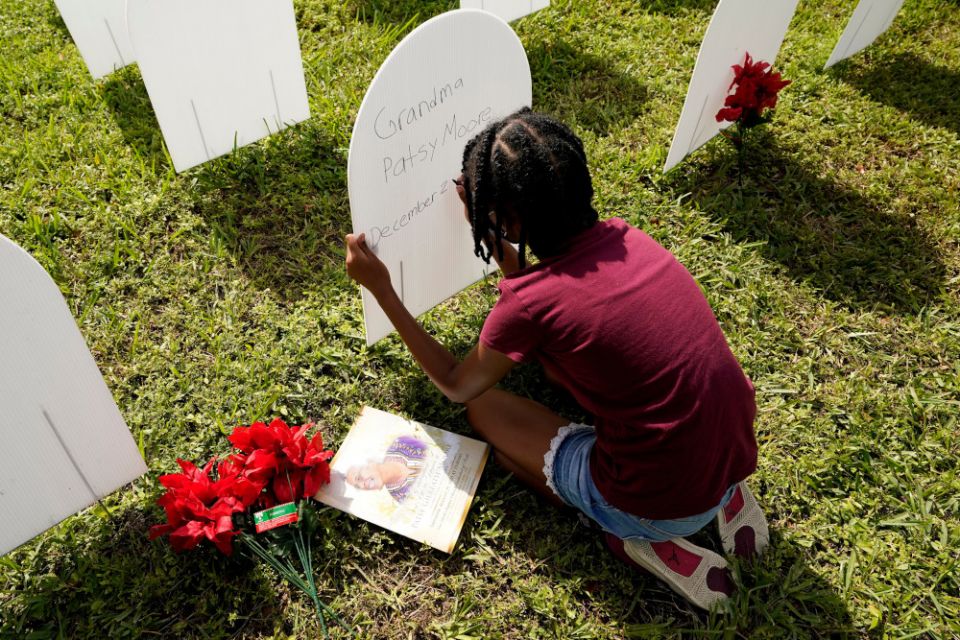 Kyla Harris, 10, writes a tribute Nov. 24 to her grandmother Patsy Gilreath Moore, who died at age 79 of COVID-19, at a symbolic cemetery created to remember and honor lives lost to COVID-19 in the Liberty City neighborhood of Miami. (AP/Lynne Sladky)

"Annus horribilis" was how Queen Elizabeth II described the year 1992. The Latin phrase meaning "horrible year" captured how the British monarch felt about 12 months of embarrassments and losses for her family.

This year, 2020, was an annus horribilis for the entire world. We have been hit by a worldwide pandemic, economic collapse, to say nothing of political chaos. It has truly been a horrible year.

Such a year tests the soul of a people. Pope Francis says that a crisis makes us either better or worse; it is impossible to remain the same. In a crisis, the pope writes, "you reveal your own heart: how solid it is, how merciful, how big or small."

What has 2020 revealed about America? What can we learn from this year about America's heart as revealed in its health care system, economy, political system and religion?

Most Americans think we have the best health care system in the world. We have highly trained specialists and our medical technology is unsurpassed. The courageous and enduring dedication of our doctors and nurses was one thing we could celebrate in this dark time.

However, even though we spend twice as much on health care as other developed countries, we were ill-prepared for a pandemic. Emergency medical stockpiles were inadequate. Likewise, public health departments were overwhelmed and underfunded.

Hospitals had wonderful machines, but not enough of them, and were missing basic necessities like personal protective equipment. They bid up prices by competing against one another for limited supplies because there was no system for cooperation.

The crisis also pointed up how much our health care system is designed to benefit the rich and the insured more than the poor and uninsured. Without Obamacare, the situation would have been much worse. It would have been better if all the states had expanded Medicaid as authorized under the Affordable Care Act. Because of Republican opposition, 12 states have not expanded Medicare, which especially helps the poor.

Most importantly, large numbers of Americans ignored the advice of health care experts to reduce the pandemic's spread by wearing face masks, social distancing and washing hands. Even before the pandemic, Americans were reluctant to change their behavior (eating habits and exercise) to protect their health, so it is not surprising that they ignored the experts here.

When it comes to health, Americans put their faith in technology, not in personal behavior. As a result, for all our wealth and expertise, our system failed miserably when compared with many other countries. 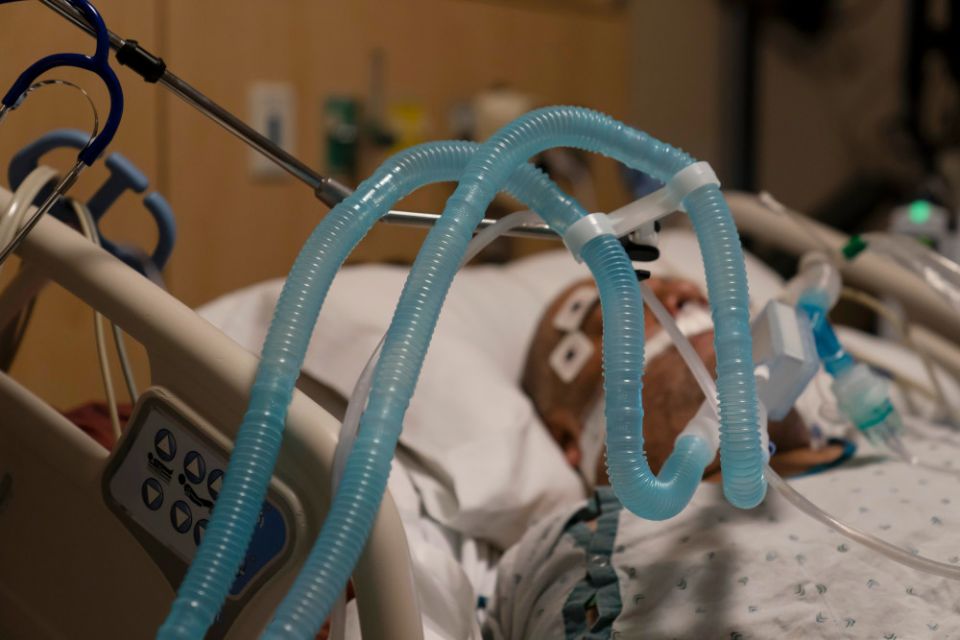 Early on, many authorities set up a false choice between public health and the economy. The economy cannot recover until workers and consumers are safe from infection. Flattening the curve was not the solution; the curve had to be bent downward.

The pandemic revealed how essential many poorly paid workers are. These men and women who go out every day to care for others and keep us all fed also kept the economy running.

It is a scandal that these workers, mostly people of color, risk their lives for low pay while the rich continue to get richer in the stock market. Increasing the minimum wage, especially in industries that have flourished during the pandemic, should be a priority. Those who have benefited should also pay more taxes to pay for economic relief.

President Donald Trump has been blamed for mismanagement of the pandemic and his disregard for democratic norms and institutions. But too many of our leaders have been complicit in his offenses rather than being profiles in courage. Congress, meanwhile, showed a shocking reluctance to enact relief for those devastated by the virus and the economy.

But it wasn't just the government. Our emphasis on individualism and personal autonomy have failed us in the face of the COVID-19 crisis, which called for solidarity and a common effort only government can provide. The rise of the Black Lives Matter movement in response to the killing of George Floyd proved we could act together for a higher purpose, but otherwise our unwillingness to sacrifice for the common good has not served us.

What we call Trumpism is a disease at America's core, with a history going back to slavery, segregation, the Ku Klux Klan, the Know Nothing Party and McCarthyism. Conspiracy theories are not new in America. Too often Americans have been seduced by leaders who appeal to their baser instincts with hatred toward the other.

Nor have some liberal elites helped with words and actions that much of America sees as disrespectful of American values and traditions. People are not won over by someone who speaks down to them.

The performance of religion during this year has not been stellar. Many evangelical leaders have been more interested in supporting Trump's reelection than in preaching the gospel. Too many have also ignored health directives and put their congregations at risk of infection.

Catholic leaders have done better in observing health directives, but a few have sued when local governments have restricted the number who can gather in their churches.

The restrictions on congregational meetings have shown churches how important human contact and community are to religion. For Catholics this is especially true, because we are a church not just of the Word, but also of sacraments. It would be tragic if Catholics do not return when restrictions are lifted because they do not truly feel the absence of community and have learned to live without it.

This has been a horrible year, but we should learn from it as we move forward. We cannot return to normal. We must become better or we will be worse.

Column | 2020 has tested the heart and soul of America

Gov. Rosselló is out, but much more is needed to better Puerto Ricans' lives