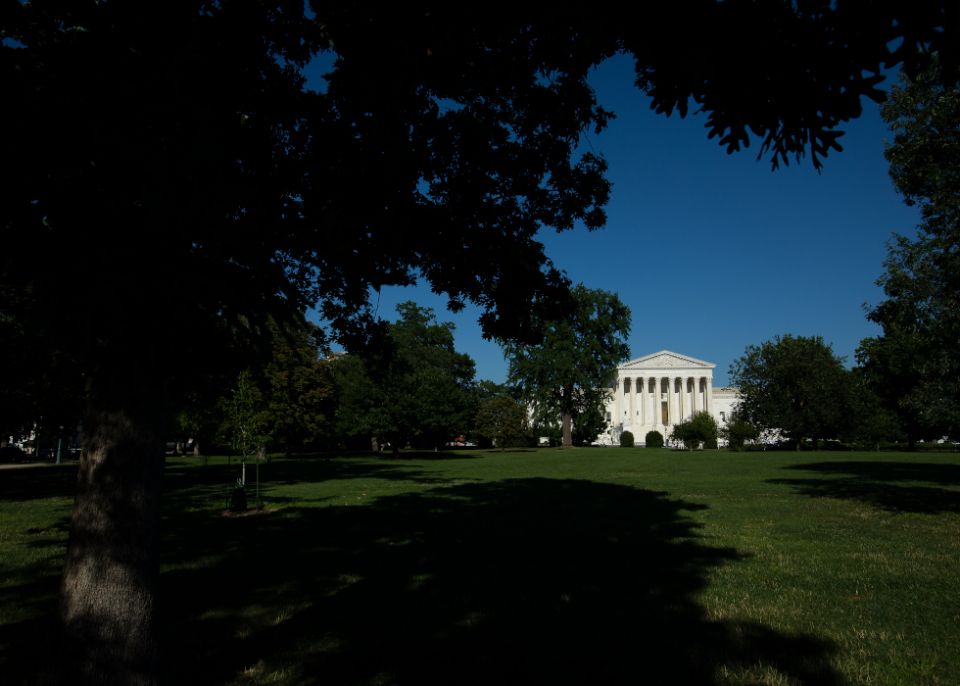 Washington — In a 5-4 decision July 24, the Supreme Court upheld Nevada's limits on congregation sizes, denying a request by a Nevada church for permission to have larger gatherings that are currently permitted in the state's casinos, restaurants and other businesses.

The church, Calvary Chapel Dayton Valley, wanted the court to say the state's cap of 50 people only at worship services — when other places only have to operate at 50% capacity during the pandemic — was unconstitutional.

In a brief one-sentence order, the court rejected the church request. Chief Justice John Roberts sided with the majority, as he did with a similar case in May over a California congregation limit.

Justice Samuel Alito, writing a dissent joined by Justices Clarence Thomas and Brett Kavanaugh, said: "The Constitution guarantees the free exercise of religion. It says nothing about the freedom to play craps or blackjack, to feed tokens into a slot machine, or to engage in any other game of chance."

Justice Neil Gorsuch, in his own dissent, said the current pandemic "poses unusual challenges," but he said the Constitution does not permit the state of Nevada to "favor Caesars Palace over Calvary Chapel."

The different rules for casinos and churches, not lost on the dissenting justices, also was brought up in a July 27 statement by Alliance Defending Freedom, the Georgia-based group representing the Nevada church. "It's clear that Nevada Gov. Steve Sisolak is playing favorites. And while slot machines and blackjack tables make the cut, churches do not," it said.

The group also said it would continue to work with the Nevada church and other churches to protect them from "discriminatory policies."

Calvary Chapel Dayton Valley appealed to the 9th U.S. Circuit Court of Appeals in June after a U.S. judge in Nevada upheld the state's policy on crowd sizes. The appellate court in San Francisco is still considering the appeal, but on July 2, it denied the church's request for an emergency injunction, referring to the Supreme Court's refusal in May to strike down California's limit on the size of religious gatherings.

The Nevada church appealed to the Supreme Court six days later, seeking an emergency injunction that would prohibit the state from enforcing the limit on religious gatherings while the justices consider the merits of the case.

In the Supreme Court's 5-4 church decision in May, it chose not to intervene in an emergency appeal by a church in Southern California to lift COVID-19 restrictions that limit congregation sizes.

The church, South Bay United Pentecostal Church in Chula Vista, California, had argued that California Gov. Gavin Newsom's reopening orders violated the Constitution because they placed fewer restrictions on some secular businesses than they did on houses of worship.

"The precise question of when restrictions on particular social activities should be lifted during the pandemic is a dynamic and fact-intensive matter subject to reasonable disagreement," Roberts wrote in an opinion concurring with the unsigned ruling.

A three-page dissent was written by Kavanaugh, joined by Thomas and Gorsuch, arguing that restrictions on the number of participants at church services did violate the Constitution. Kavanaugh also wrote that a state's rules for stores should also apply to churches.