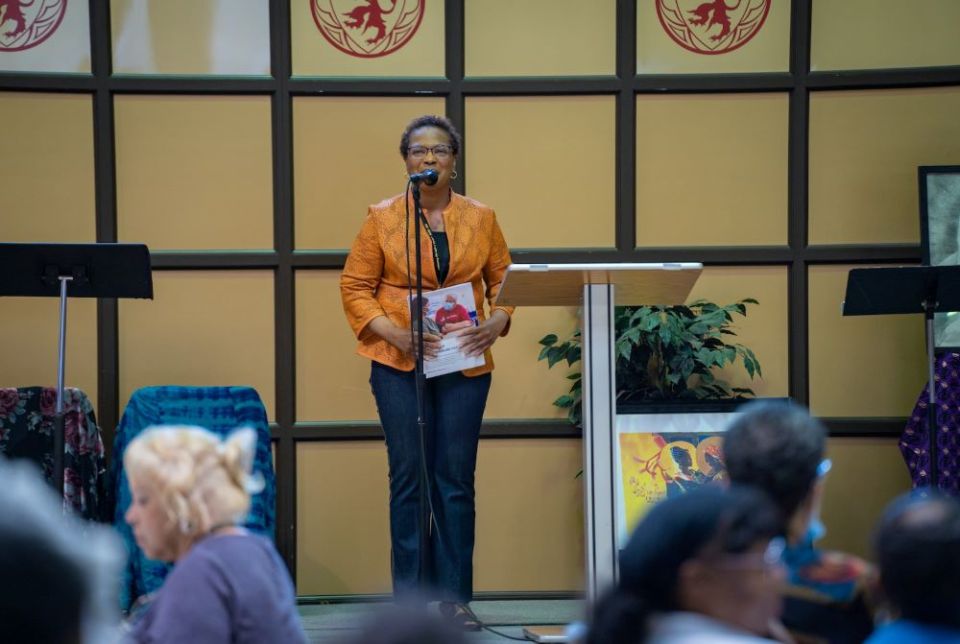 DETROIT — The Archdiocese of Detroit's annual Black Catholic Women's Conference, held Aug. 20 for the first time since the pandemic began, focused largely on how the earth-changing health crisis had disproportionately impacted Black communities in Michigan.

In fact, according to the findings of a state task-force on coronavirus racial disparities, Black Michiganders — who make up 14% of the state's population — made up 40% of COVID-19 deaths in the state.

"It's really been tough on the African American community," Vickie Figueroa, the archdiocese's director of Cultural Ministries and coordinator of Black Catholic Ministry, said in an NCR interview. "What this means is, caretakers, and people of color, are over represented in this type of work … were right there on the frontline, absorbing everybody's energy: their illnesses, their problems. They were right there."

The conference, which was hosted at Detroit's Sacred Heart Major Seminary, drew about 150 people and carried the theme: "Embracing the Light of Christ." Figueroa and other organizers said they chose the theme as a way of trying to reckon with the injustice Black people have experienced during the pandemic.

"During COVID, to care for family members … we really needed a way to kind of reconnect with ourselves and embrace the new normal," Figueroa said. "How do we continue forward, in this new normalcy?" she asked. "By walking into the light of Christ out of darkness." 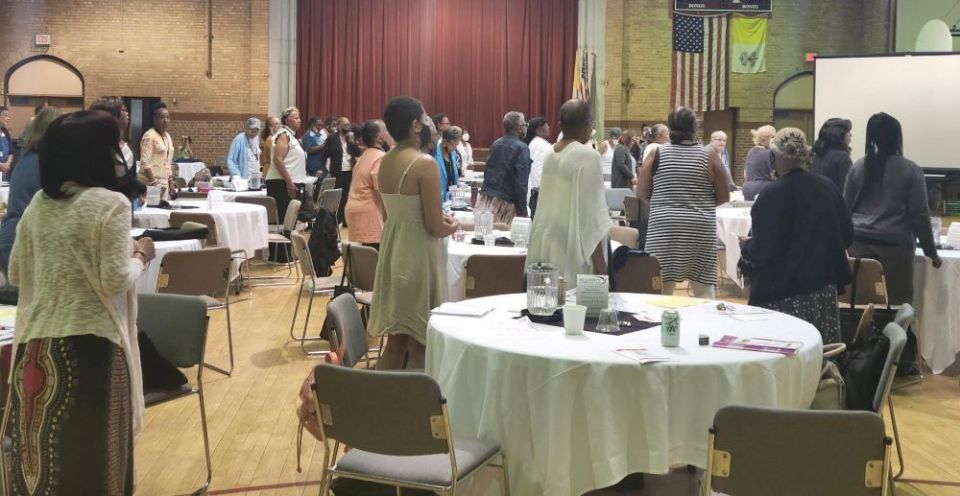 About 150 people participated in the Archdiocese of Detroit's Black Catholic Women's Conference on Aug. 20. The event's theme was "Embracing the Light of Christ." (Photos by Valaurian Waller, courtesy of Detroit Catholic)

Figueroa said there had been a discussion about whether to use the verb "embracing" or "walking" as part of the theme. She summarized the final decision as: "We're not just walking into the light, we're embracing being active agents of change, agents of our own, going forward."

The conference featured a variety of workshops. A keynote by Catholic musician ValLimar Jensen incorporated dance and audience participation.

"[Women], over COVID, may have forgotten to get their mammograms, or get annual exams," Figueroa said. "We had a panel discussion [with] physicians from the Detroit Medical Center about how to take care of themselves and their family, and not only about medical care for the individual person. We also talked a little bit about the medical care system. There's a lot of health care disparities in the system … A lot of that was exacerbated or came to light during COVID."

A workshop called "Turning Our Mourning into Dancing" was hosted by Kimberly Lymore, an associate minister at St. Sabina's Catholic Church in Chicago and director of the Augustus Tolton Pastoral Ministry Program at Catholic Theological Union. Lymore said Psalm 30, which the workshop title refers to, informed her entire talk.

"With the pandemic, people were experiencing a lot of sadness, loss, grief, and just needed some 'me-time' and time to reflect on their relationship with God," Lymore said in an interview. "And so, I used that title [and talked] about some of the things we're going through."

Lymore said the workshop also looked at "moving beyond that grief and moving out of the hard times."

"We're not alone, and it's OK to mourn," she said. "Then we have to move past the mourning, and move to the dance. Only God can move us to that point."

Lymore and Figueroa agreed that the conference was a success. Figueora said organizers had initially been concerned about low attendance but were happy the turnout.

Figueora attributed the number of registrants to the network of women who planned the conference.

Attendees at this year's conference were — on average — in their mid-50s, according to Figueroa. She noted that the audience included several intergenerational groups, including grandmothers with their daughters and granddaughters. Next year, though, Figueora hopes to engage more young adults.

"Next year we'd like to have a young adult section for women between 21 and 35," she said. "We'd have them plan it, execute it and give them their own speaker, though we'll share a keynote for the afternoon session, they'll have their own speaker for their program. I've got a couple of young women in mind who would be great leaders in that role."

Debrah Miszak is a freelance writer in Detroit.