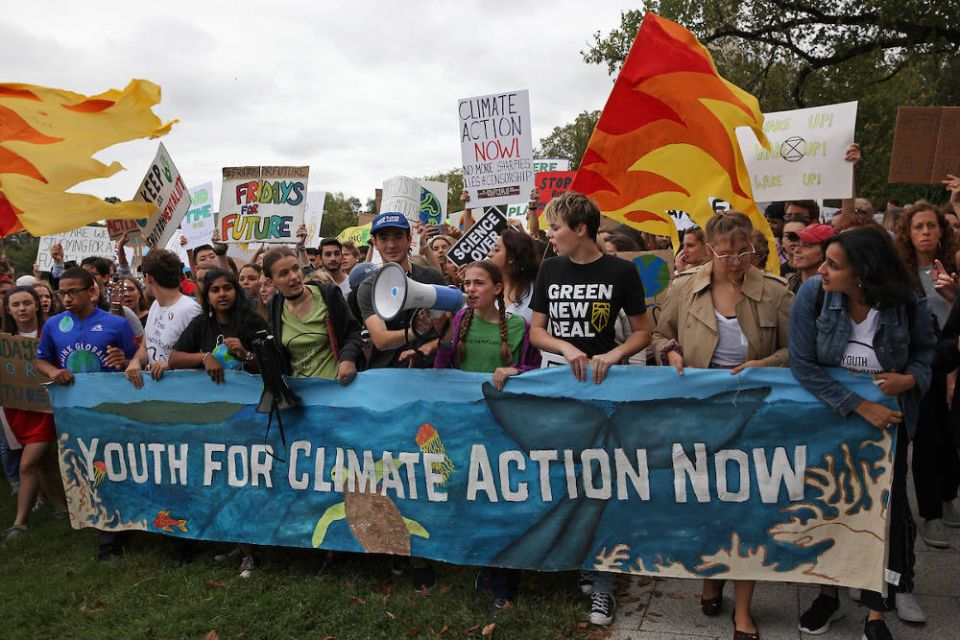 Hundreds of students and young people and their supporters rallied on the Ellipse behind the White House Sept. 13 in a Friday Student Climate Strike protest. What has been a small weekly protest grew exponentially in size as Swedish climate activist Greta Thunberg joined them. (Rick Reinhard)

Editor's Note: This story was originally written for The Nation. It is republished here as part of NCR’s partnership with Covering Climate Now, a global collaboration of more than 250 news outlets to strengthen coverage of the climate story. 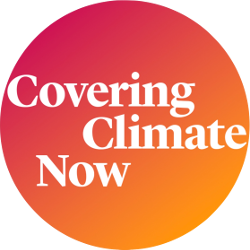 A year ago, inspired by Swedish schoolgirl Greta Thunberg, young people around the world began "climate-striking" — walking out of school for a few hours to demand action against the global warming that darkens their future.

In May, when 1.4 million kids around the world walked out of school, they asked for adults to join them next time. That next time is Sept. 20 (in a few countries Sept. 27), and it is shaping up to be the biggest day of climate action in the planet’s history: every one from big trade unions to a thousand workers at the Amazon headquarters, and from college kids to senior citizens, are setting the day aside to rally in their cities and towns for faster action from our governments and industries.

You can find out what’s happening in your community at globalclimatestrike.net.

But it will only be a success on the scale we need if lots of people who aren't the regular suspects join in. Many people, of course, can’t do without a day's pay, or work for bosses who who would fire them if they missed work. So it really matters that those of us with the freedom to rally do so. Since I published the first book for a general audience on climate change 30 years ago this month, I’ve had lots of time to think about the various ways to move people to action. Let me offer a few: 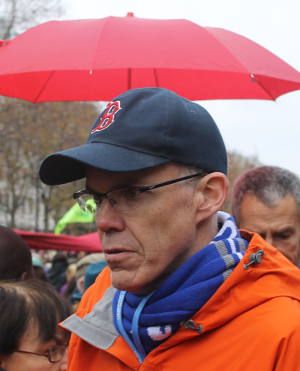 Strike because the people who did the least to cause this crisis suffer first and worst — the people losing their farms to desert and watching their islands sink beneath the waves aren't the ones who burned the coal and gas and oil.

Strike because coral reefs are so gloriously beautiful and complex —– and so vulnerable.

Strike because sun and wind are now the cheapest way to generate power around the world — if we could match the political power of the fossil fuel industry we could make fast progress.

Strike because we've already lost half the animals on the planet since 1970 — the earth is a lonelier place.

Strike because our governments move with such painful slowness, treating climate change as, at worst, one problem on a long list.

Strike because this could be the great opportunity — and maybe the last opportunity — to transform our society towards justice and towards joy. Green New Deals have been proposed around the world; they are a way forward.

Strike because forests now seem like fires waiting to happen.

Strike because young people have asked us to. In a well-ordered society, when kids make a reasonable request their elders should say yes – in this case with real pride and hope that the next generations are standing up for what matters.

Strike because every generation faces some great crisis, and this is ours.

Strike because half the children in New Delhi have irreversible lung damage simply from breathing the air.

Strike because Exxon and the rest knew all about global warming in the 1980s, and then lied so they could keep cashing in.

Strike because what we do this decade will matter for hundreds of thousands a year.

Strike because the temperature has hit 129 degrees Fahrenheit (54 degreesCelsius) in big cities in recent summers. The human body can survive that, but only for a few hours.

Strike because do we want to be the first generations to leave the planet in worse shape?

Strike because batteries are ever cheaper — we can now store sunshine at night, and wind for a calm day.

Strike because the United Nations estimates unchecked climate change could create a billion refugees this century.

Strike because the big banks continue to lend hundreds of billions to the fossil fuel industry — people are literally trying to get rich off the destruction of the planet.

Strike because what animal fouls its own nest?

Strike because indigenous people around the world are trying to protect their rightful land from the coal and oil companies — and in the process protect all of us.

Strike because every time they cut down a patch of rainforest to grow some more cows, the climate math gets harder.

Strike because science is real, because physics exists, because chemistry matters.

Strike so you can look your grandkid — or anyone else's — in the eye.

Strike because the world we were given is still so sweet.

[Bill McKibben is an author, environmentalist and co-founder of the grassroots climate group 350.org.]