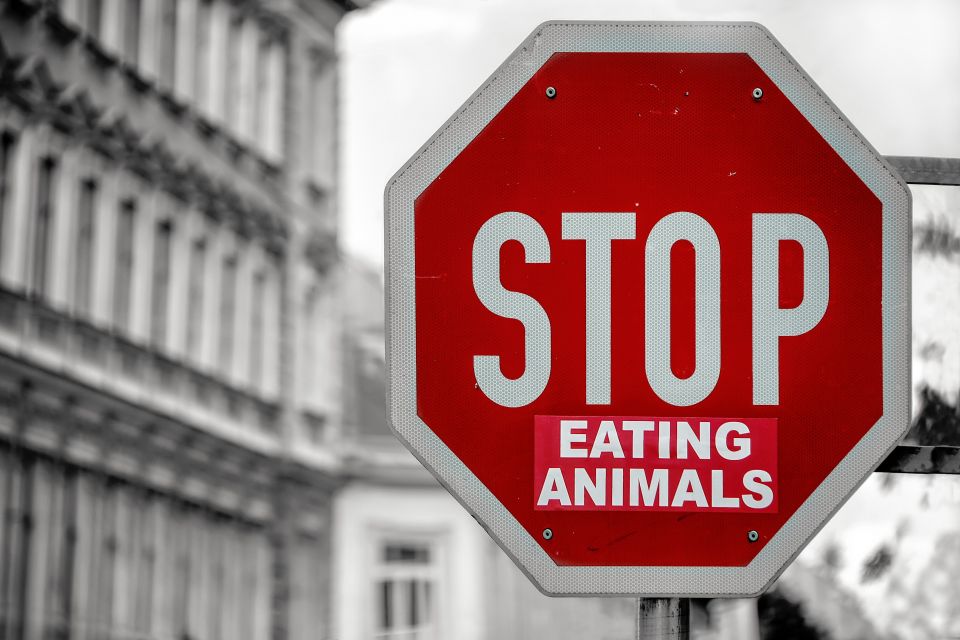 What on earth is going on?

An answer is findable in the latest wake up report on the bleak realities of climate warming, issued on Oct. 8 by the United Nations Intergovernmental Panel on Climate Change. Catastrophic destruction of the planet's already fragile ecosystem is likely by 2030 if the current rate of emissions of greenhouse gases continues at the current rate. It's one thing to finger Big Oil and Big Coal as climate criminals, along with warming deniers like President Donald Trump and his Environmental Non-Protection Agency, but something else to look closer at home to our own complicities.

A 2013 estimate by the U.N. Food and Agriculture Organization states that the emissions from animals raised to satiate the worldwide appetite for meat is greater than the foulness spewed by cars, trucks, planes and boats combined. Climate Nexus, a non-profit news organization spells it out: "animal agriculture is the second largest contributor to human made greenhouse gas emissions after fossil fuels and a leading cause of deforestation, water and air pollution and biodiversity loss. … To accommodate the 70 billion animals raised annually for human consumption, a third of the planet's ice-free land, as well as nearly sixteen percent of global fresh water, is devoted to growing livestock. A third of worldwide grain production is used to feed livestock."

While not predicting Earthicide, Climate Nexus envisions that by 2050 "consumption of meat and dairy products is expected to rise 76 and 64 percent respectively."

All of which brings us to "Eating Animals," the new documentary based on the 2009 Jonathan Safran Foer fact-filled book by the same name. A worthy blend of legwork and headwork, the film ranges from interviews with omnivores and herbivores, from those who are deliberately unaware of the damning environmental effects of factory farming which supplies 99 percent of animal flesh for the American table to those who are aware and make nonviolent dietary choices.

Foer is among the latter. The questions he asks are unsettling:

"Just how destructive does a culinary preference have to be before we decide to eat something else? If contributing to the suffering of billions of animals that live miserable lives and (quite often) die in horrific way isn't motivating, what would be? If being the number one contributor to the most serious threat facing the planet (global warming) isn't enough, what is? And if you are tempted to put off those questions of conscience, to say not now, then when?"

It was only in the past 50 years that factory farming began spreading into the monstrosity it is today where animals are seen as units of profit. By some accounts, it was only in the 1840s that saw the coining of the word vegetarian. For a deeper history of the earliest practitioners of cruelty-free eating there is Vegetarian Christian Saints: Mystics, Ascetics and Monks by Holly Roberts, a physician who also wrote Your Vegetarian Pregnancy.

As a careful researcher and graceful writer, Roberts, who earned a master's degree in theology before embracing medicine, reports on 150 canonized saints ranging from the A-listers like Genevieve the patroness of Paris, Francis of Assisi, Catherine of Siena and Benedict of Nursia as well as the lesser-knowns resting on history's backbench: Wulfstan of England, Sulpicius of Rome and Monegundis of France and — if I may with a small touch of pride — Colman of Kilmacduagh, Ireland.

"When I began this book," Roberts writes, "I was focused upon discovering that compassionate vegetarians had existed within early Christian history. … Many of these saints saw God in all creation and sought to avoid causing even the slightest misuse of the environment. They strove to sacrifice themselves for the welfare of all other beings: human and nonhuman."

Few were more committed than St. Benedict, an Italian who died in 547 A.D. after opening 12 monasteries to house his followers. A stickler for details, he decreed in Chapter 36 of his Rule that except for the ailing, all the monks must "abstain from flesh meat as usual." The sainted rule maker didn't elaborate on whether the abstention was based on ethics, nonviolence, penance, simple living or clairvoyantly that he foresaw global warming looming 15 centuries ahead. The Rule is clear, though: no flesh meat.

So how closely are today's Benedictines toeing the unwavering line of their founder? It appears they are failing pathetically. Of the 120 monks at St. John's Abbey in Collegeville, Minnesota, and whose monastic service includes running a university and preparatory school, only three are vegetarians, according to Br. Paul-Vincent Niebauer, a community member for 25 years and its vocational director. "I've visited many Benedictine monasteries here and abroad, and none are vegetarian. Individuals who are vegetarian do so not necessarily because of the Rule," he told me in a recent conversation.

What might return the order to seeing the light? Start with buying a few thousand copies of Eating Animals and Vegetarian Christian Saints and send them to all the Benedictine monks worldwide. Follow up with the Foer documentary. Then the multiple U.N. reports. And finally, Chapter 36 of the rule. Obey it, obey it, obey it.