Brazil bishop: Our planet 'is in intensive care,' but COP26 delayed treatment 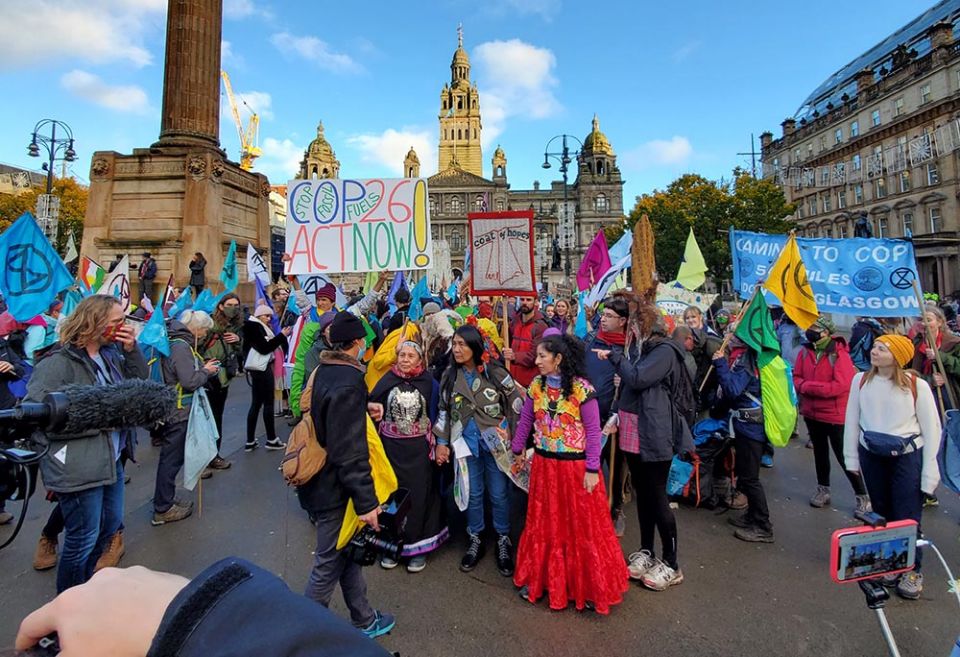 Editor's note: This is a shortened version of an interview that was originally published in Spanish in December on the website of the Council of Bishops of Latin America and the Caribbean (CELAM).

Retired Bishop Erwin Kräutler of Xingú, Brazil, has long raised the alarm about the threats facing both Amazonian ecosystems and the Indigenous people and other traditional communities who dwell in them and depend on them for a livelihood.

In this interview, he analyzes the outcome of the U.N. climate conference, COP26, held in November in Glasgow, Scotland, and the situation of the planet and the Amazon basin. 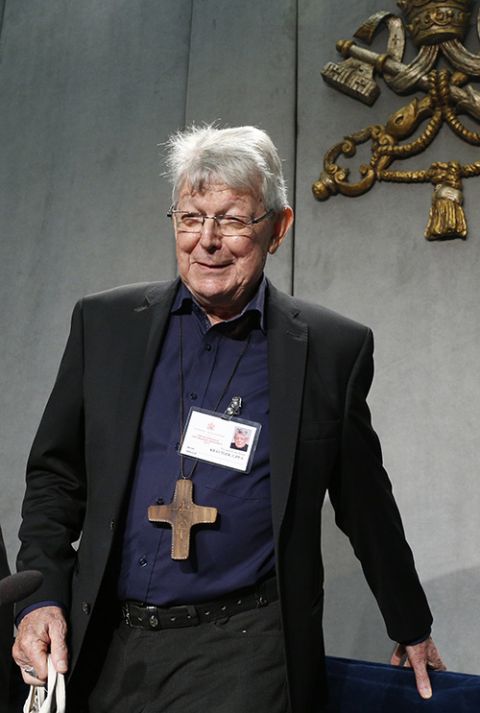 Retired Bishop Erwin Kräutler of Xingú, Brazil, arrives for a press briefing following a session of the Synod of Bishops for the Amazon at the Vatican Oct. 9, 2019. (CNS/Paul Haring)

What is your assessment of COP26? Are you satisfied with the agreements that were reached or did you expect more?

From the start of COP26, I was fairly skeptical and wondered if those who are really responsible for climate change would adopt convincing initiatives to reduce greenhouse gas emissions and keep warming at around 1.5 degrees Celsius (2.7 degrees Fahrenheit).

Frankly, I no longer believe that target can be reached, and what's worse — although I'm not a climate scientist — in the Xingú region, where I've lived for 56 years, I realize that we've already exceeded that threshold. ... As deforestation increased in Altamira, the largest municipality in Brazil, with the construction of the Trans-Amazonian Highway in the 1970s, the heat in the city and small towns also increased considerably.

And because we live in the age of the coronavirus ... I compare COP26 to a medical board that is discussing the future of our planet, which is in intensive care. Scientists, like medical experts, meet to discuss the next steps to ensure the planet's survival. And the final verdict of this "medical board" is overwhelming. Nevertheless, those who are responsible for this tragedy, after days of discussion, offer palliative recommendations and take their leave. The patient remains, face down in the ICU, intubated. It can't get oxygen into its bloodstream.

The measures that should be taken immediately to save the planet are prescribed for the coming decades. Yesterday, I learned that my niece is pregnant. What will the world be like for this new human being, still nestled in the mother's womb, when he or she reaches adulthood?

Pope Francis can be considered one of the great promoters of the defense of and care for our common home. Can we say that his advice has political clout? To what extent do his words influence decision makers?

In the encyclical Laudato Si', Pope Francis attempts to go beyond any confessional, political, racial or ideological boundary and address all of humanity on all the continents. ... It's a shame [that the pope did not attend COP26 in person]. I say that precisely because of his warning about COP26: "Time is running out; this occasion must not be wasted." 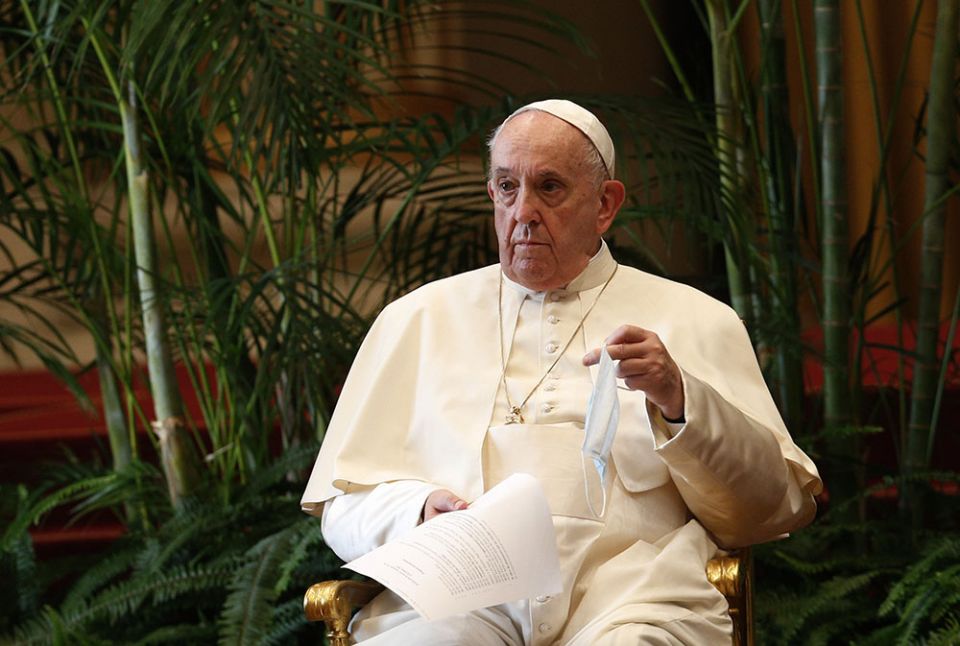 Pope Francis holds a text and his mask during a meeting on "Faith and Science: Towards COP26" with religious leaders in the Apostolic Palace at the Vatican Oct. 4, 2021. The meeting was part of the run-up to the U.N. Climate Change Conference in Glasgow, Scotland, Oct. 31 to Nov. 12, 2021. (CNS/Paul Haring)

But, from the results, we see that COP26 didn't take the pope's warning very seriously. Comparing it to COP21 in Paris in 2015, it seems to me that they set deadline after deadline, each time postponing until distant decades compliance with agreements that should be observed immediately. They will have to hold more COPs, spending millions of dollars, and the negotiations will continue. "Now is the time! Time is running out!" That's what our pope said.

Brazil is one of the countries in which the lack of care for the environment has many people greatly worried. What must society and the Brazilian church do to make the government recognize this as an urgent need?

The slogan "Amazonia is ours" is very dangerous. It rejects out of hand any suggestion from outside, calling it unwarranted meddling in Brazil's internal affairs. Today, the entire world knows what is happening in Amazonia. Scientists warn that Amazonia has a regulatory function that affects the planetary climate.

And former President Lula [da Silva] will surely admit that his speech in Altamira on June 22, 2010, in the context of the construction of the Belo Monte hydroelectric dam, had no real consequences in his government or in those that followed: "We have to demonstrate to the world that no one wants to care for our forest more than we do. But it is ours. And let no foreigner stick his nose where it doesn't belong. We know how to care for our forest and how to care for our development."

Governments come and go, new ones take office, and the situation doesn't change. It gets worse!

Amazonia is not only Brazilian. Although Brazil covers the largest part of this macro-region, nine countries make up Amazonia. The measures taken must therefore be multilateral, because they must save Amazonia as a whole, not in homeopathic portions.

It isn't an attack on Brazil's sovereignty or on that of any other country of Amazonia when one defends the argument that Amazonia is the heritage of humanity. This does nothing more than underscore the immense responsibility of every country in caring for Amazonia. Its function as a regulator of the global climate is not limited to the coast or to the land borders. 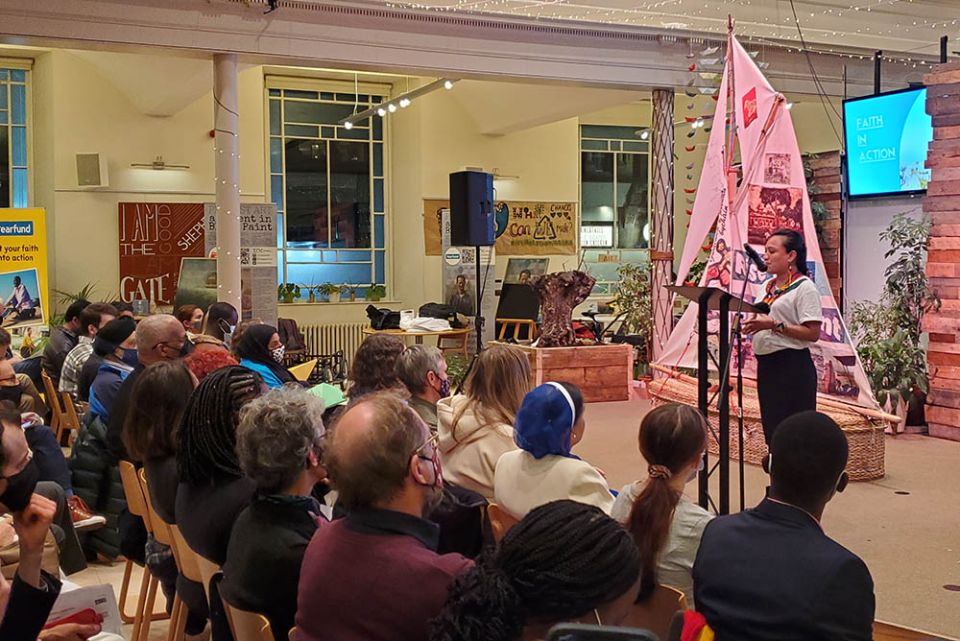 The great failure of all governments — federal, state and municipal — has always been and continues to be the almost total absence of political will for carrying out a serious and solid program in defense of Amazonia. ...

Another failure is the lack of awareness, among almost all segments of society, of the need for preservation of Amazonia. The belief that Amazonia is inexhaustible and eternally superabundant seems to be in the DNA of adults and children. There is a very urgent need to implant environmental awareness and ethics, from primary school through the university.

Do you have any hope that the Brazilian government will take any measures to change the situation of care for the environment?

I have no hope that the government of [President Jair] Bolsonaro has committed to changing its views about Amazonia. Although the phrase "Let the cattle in" was spoken by a former environment minister, it reveals Bolsonaro's thinking. In fact, no president I've known in my more than five decades of life in Amazonia has loved Amazonia or understood its true vocation.

Although it covers half the surface of Brazil, Amazonia has always been considered a "colony" or a "province": rubber, timber, mining, energy, the last agricultural frontier — a colony to be exploited to the last drop of blood, without tending the wounds caused by the abuse and without healing the open sores that are ever wider and deeper.

Indigenous peoples, whom you have accompanied throughout your life as a missionary, played a key role at COP26. Many people recognize the importance of their contributions, but what more is needed for their proposals to be taken seriously? Why is the Brazilian government so determined to persecute them and put an end to their rights and territories?

I saw with great satisfaction the speeches by Indigenous people in Glasgow, and I applauded as I watched on my computer screen. They appeared with the traditional facial colors and beautiful headdresses. Their contributions were both moving and exciting. But I felt, in the depth of my heart, an anguished pain. Over and over, I asked myself how people would react when they heard the Indigenous message.

I confess that I had the same feeling during the synod for the Amazon in Rome in October 2019. Indigenous people, women and men from the various countries that make up Amazonia, had been invited to participate in a historic event of our church. And they weren't shy. They took advantage of the minutes they were given to speak in the synod hall to convey their message. They looked at the pope, who listened attentively, and to the cardinals and bishops, most of whom listened with empathy. They won applause. 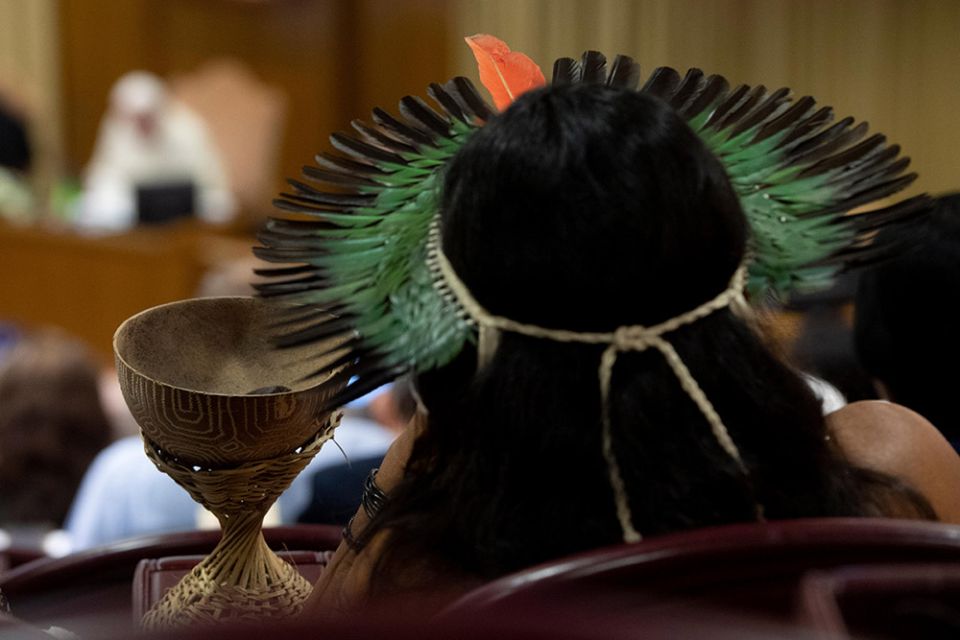 An indigenous person attends a session of the Synod of Bishops for the Amazon at the Vatican Oct. 8, 2019. (CNS/Vatican Media)

In coming and going to and from the synod hall, they became favorite targets for photographers. Already on the opening day of the synod, they had surrounded the pope in the procession and "interrupted" the solemn procession planned within the usual canonical discipline. The famous ecclesiastic precedence, based on the position held by a bishop or cardinal, simply fell by the wayside. The Indigenous people took over the procession.

What does the synod for the Amazon have to do with COP26? Indigenous people were the center of attention at both events. They had the opportunity to express themselves, and they did so with great propriety.

But — and here's the thing — most of the participants considered these men and women with traditional traits simply as pieces of folklore to give the event a sense of the presence of "all nations, tribes, races and languages." That was far from the Indigenous people being truly accepted as "equals" in dignity and rights and respected in their legitimate demands.

Related: Bishops living in Amazon ask COP26 for actions to save planet

In our church, it is not very different. We prefer to speak today of "interculturality," rather than "inculturation," to replace a term that seems to imply the superiority of one culture over another that must be "inculturated."

The Santo Domingo document [from the Fourth General Conference of Bishops of Latin America and the Caribbean in 1992] succumbed to this temptation, when it advised: "Promoting an inculturation of the liturgy, embracing with appreciation its religious expressions and symbols compatible with the clear sense of the faith, maintaining the value of universal symbols and in harmony with the general discipline of the Church."

Who gets to determine what is compatible or not, what is in harmony or not, with the clear sense of the faith and general discipline of the church? Only living with a people is it possible to know the deep meaning of their cultural expressions, speaking their language and entering into the universe of their archaic and religious symbolism. This can't be done from 10,000 kilometers away, in the comfort of an air-conditioned office. 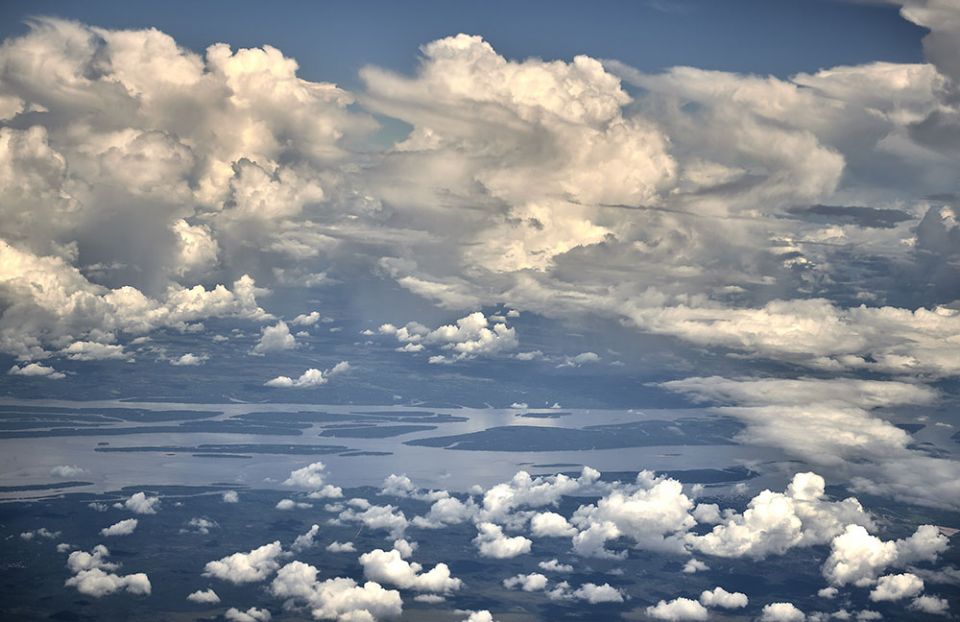 The Xingú River is seen in the northern Brazilian state of Pará in 2019. (CNS/Paul Jeffrey)
Related: New report on Amazon Basin offers solutions to repair some damage to the region's ecosystems

Today, in the quest for "interculturality," the situation in our church is fairly intriguing. For some time, a growing number of tremendously racist people and factions have been appearing, who insult the bishops and priests who accept the expressions, songs and drumming of Indigenous people or quilombolas in a liturgical celebration. It will not be easy to implement the decisions of the synod for the Amazon and the "dreams" of Pope Francis' apostolic exhortation Querida Amazonia. The opposition is virulent.

Today, what is being rejected by Bolsonaro and big agribusiness is the Brazilian constitution of 1988, which, by supporting the existence of Indigenous lands, defends the existence of lands outside of the capitalist market. The slogan of Big Agro is "No land outside of the market!" Against our conviction: All land for the benefit of life and peace.

Fr. Luis Miguel Modino is a communications officer for the Pan-Amazonian Church Network. He lives in Manaus, Brazil.

EarthBeat | Brazil bishop: Our planet 'is in intensive care,' but COP26 delayed treatment