As Build Back Better stalls, faith leaders call Biden, Senate to 'moment for courage' on climate 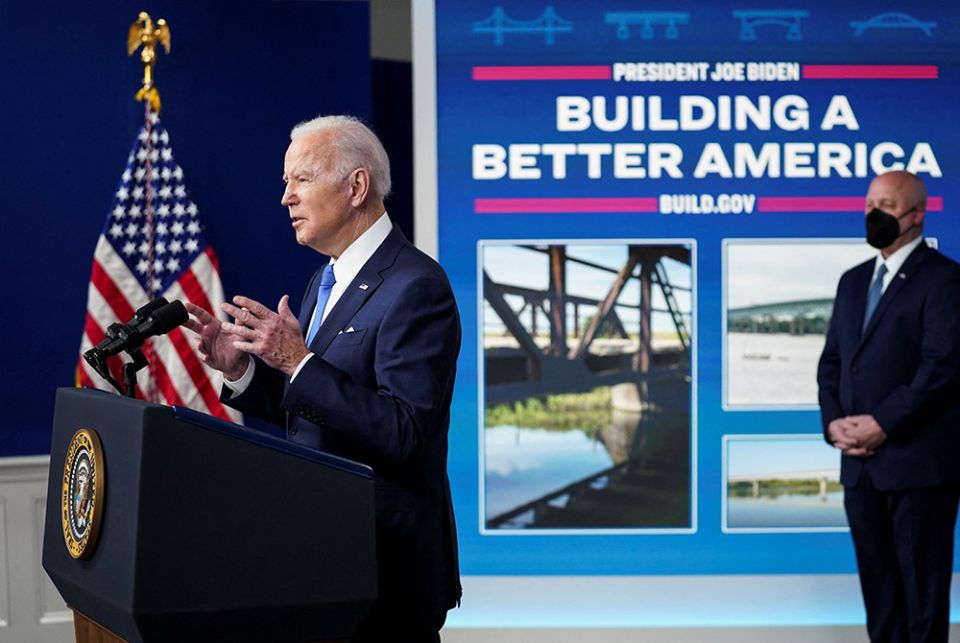 Nearly 100 faith leaders have called on President Joe Biden and Senate Majority Leader Chuck Schumer to not abandon Democrats' sprawling Build Back Better agenda and its hundreds of billions of dollars to combat climate change, saying "this is a moment for courage" as the bill has stalled and fallen behind other legislative priorities.

"We cannot delay enacting the Build Back Better Act. This vital legislation will protect our climate and put our nation on the path of climate justice, environmental justice, and intergenerational justice," a coalition of 86 faith leaders of national, state and local faith-based organizations and congregations wrote in a letter Feb. 14 addressed to Biden, Schumer and the full U.S. Senate.

Signatories to the letter, the bulk from Christian and Jewish traditions as well as numerous national and regional interfaith groups, said they represent millions of people of faith and hundreds of thousands of faith communities. Among them were nearly two dozen congregations of Catholic women religious and the Leadership Conference of Women Religious, an umbrella group that represents approximately 80% of Catholic sisters in the country.

'This is a moment that future generations will look back on, to see if we did what the moment called for.'

"We share a moral call to care for our common home, God's creation, and to love our neighbors, both here and around the world," the faith leaders said. "Many of our communities have experienced the severe repercussions of climate change: wildfires, superstorms, hurricanes, tornadoes, floods and increasingly-intense weather phenomena that cause damage, injury, and loss of life. We are running out of time to avoid even more serious consequences."

Pointing to principles of prophetic leadership espoused by Dr. Martin Luther King Jr., the faith leaders said this is a time for conviction and "a moment for courage."

"This is a moment that future generations will look back on, to see if we did what the moment called for," they added. "We still have a chance to do the right thing."

The letter comes at a time when Build Back Better, the cornerstone of Biden's social domestic agenda, has slipped from the legislative spotlight as Congress has turned attention toward the situation in Ukraine, addressing inflation, a slate of bipartisan bills and the president's forthcoming Supreme Court justice nominee. 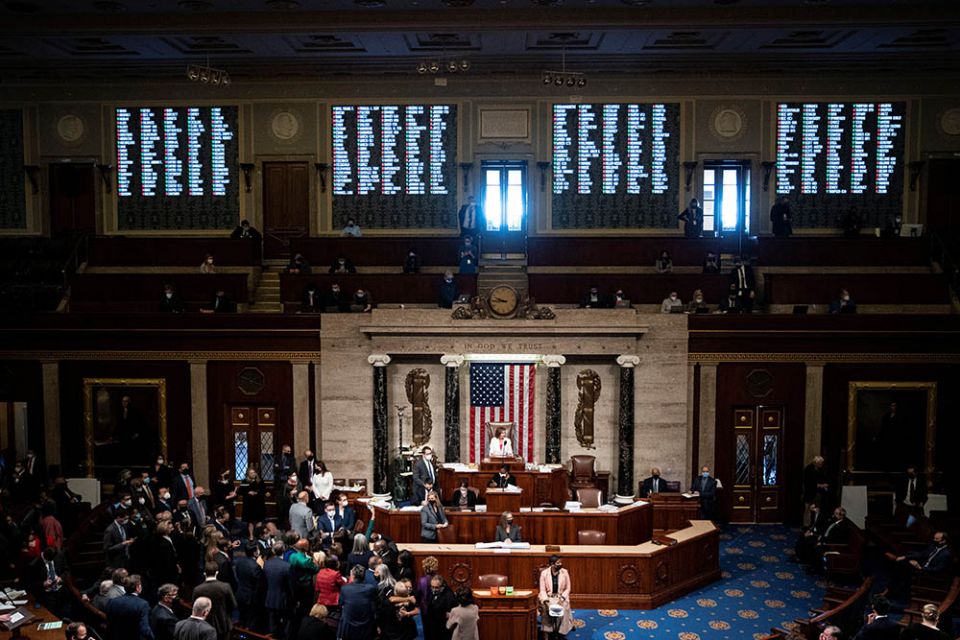 U.S. Speaker of the House Nancy Pelosi, D-California, presides over the House floor on Capitol Hill in Washington Nov. 19, 2021, as the Build Back Better Act passes and moves on to the Senate. (CNS/Reuters/Al Drago)

On climate, it outlines $555 billion that would provide tax credits for solar installation, electric vehicles and energy efficiency upgrades, as well as place a fee on methane emissions, direct funding toward historically disadvantaged communities, and create a Civilian Climate Corps.

The climate provisions make up the bulk of the updated U.S. commitment under the Paris Agreement to slash national greenhouse gas emissions in half from 2005 levels by 2030 — elevating the bill's fate to a matter of international attention.

Globally, the last eight years have been the hottest on record. In 2021, the U.S. broke more heat records than any other year, and the country racked up the second-most billion-dollar weather-related disasters in its history, totaling $145 billion. A multi-agency federal report Tuesday projected that coastal seawaters will rise 1 foot over the next three decades, or the same level of increase seen in the 20th century.

Build Back Better's prospects hit a wall in late December, when Sen. Joe Manchin of West Virginia said he could not vote for the legislation in the form that passed the House of Representatives in November.

The support of Manchin, a Catholic moderate, is key as Democrats have sought to move the bill through budget reconciliation — a process that allows passage by simple majority in a 50-50 Senate, with Vice President Kamala Harris able to cast a tie-breaking vote. So far, no Republican senators have indicated support for the bill, meaning the Democratic-controlled Congress faces a limited timeline with the 2022 midterms looming in November.

So far this year, Manchin has referred to the bill as "dead" and said new negotiations with the White House haven't taken place. Still, Biden has continued to sell his plan to the American public, speaking last week in Virginia and at the White House with the heads of 10 electric utilities. The president and others have also signaled that the bill could be broken into separate pieces, including a single climate bill.

In a statement, Mercy Sr. Patricia McDermott, president of the Sisters of Mercy of the Americas, said that Build Back Better's climate investments are "critical" to addressing not only climate change but "remedying environmental injustice while also creating jobs in the shift to a clean energy future."

She also questioned critics of the overall bill's total spending, which over its decade time frame would average roughly $170 billion a year.

"How can members of Congress talk about fiscal responsibility as they balk at this investment, when they are more than willing to appropriate trillions of dollars for weapons and military operations, even in excess of what the Pentagon has requested?" McDermott said, referencing the December passage of the annual defense bill that authorized $770 billion for the 2022 fiscal year alone.

"We believe that our communities and future generations deserve better," she said.

In their letter, the faith leaders said that the "injustice of climate change" — where those least responsible for heat-trapping greenhouse gas emissions often suffer first and worst from the effects of increasing temperatures — requires the U.S. to lead the global response.

"As the wealthiest country in the world and the country that has emitted more carbon pollution than any other, we have a moral responsibility to do everything in our power to solve this crisis," they said.

"While it seems an impossible task, this is the task of leaders in this moment," the faith leaders wrote. "This is a moment for commitment to do the right thing. Climate can't wait. People across the country want bold climate action to protect our common home."

A version of this story appeared in the March 4-17, 2022 print issue under the headline: Faith leaders call Biden, Senate to 'moment for courage' on climate .