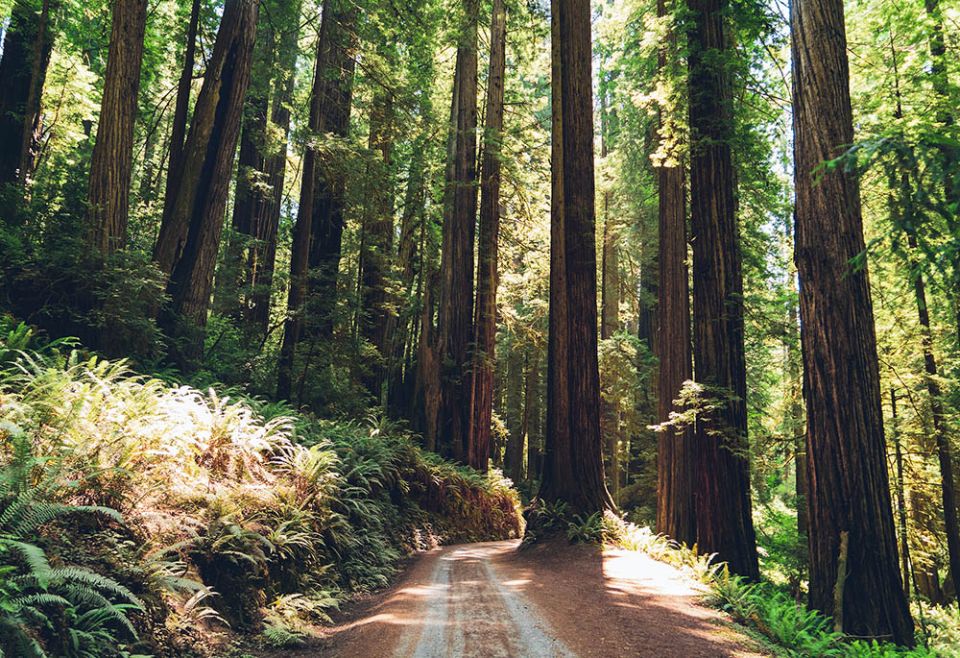 The process of converting bodies into soil is now legal in California after Gov. Gavin Newsom on Sunday (Sept. 18) signed a bill that will allow human composting in the Golden State.

Burial, cremation and alkaline hydrolysis have been the only death care choices available in California. Beginning in 2027, human composting, or natural organic reduction, will be another option for "individuals who want a different method to honor their remains after death."

The process for composting a body was introduced by the Seattle-based company Recompose, which is now open for business after the state of Washington legalized the process in 2019. Colorado was the second state to legalize it, followed by Oregon and Vermont. It's seen as a more sustainable alternative to cremation, which requires fossil fuels and releases carbon dioxide.

In the human composting method, a body is placed in a reusable vessel, covered with wood chips and aerated, which creates an environment for microbes and essential bacteria. The body, over a span of about 30 days, is fully transformed into soil.

In California, where the massive number of COVID-19 deaths inundated funeral homes and even led to Los Angeles County's suspension of air quality regulations on cremation, State Assemblywoman Cristina Garcia, a Democrat who introduced the legislation, said this was another "sad reminder" of the need to offer a "more environmentally friendly option."

Garcia has sought to pass this bill for the last three years. "I look forward to continuing my legacy to fight for clean air by using my reduced remains to plant a tree," Garcia said in a statement after the governor's signature. 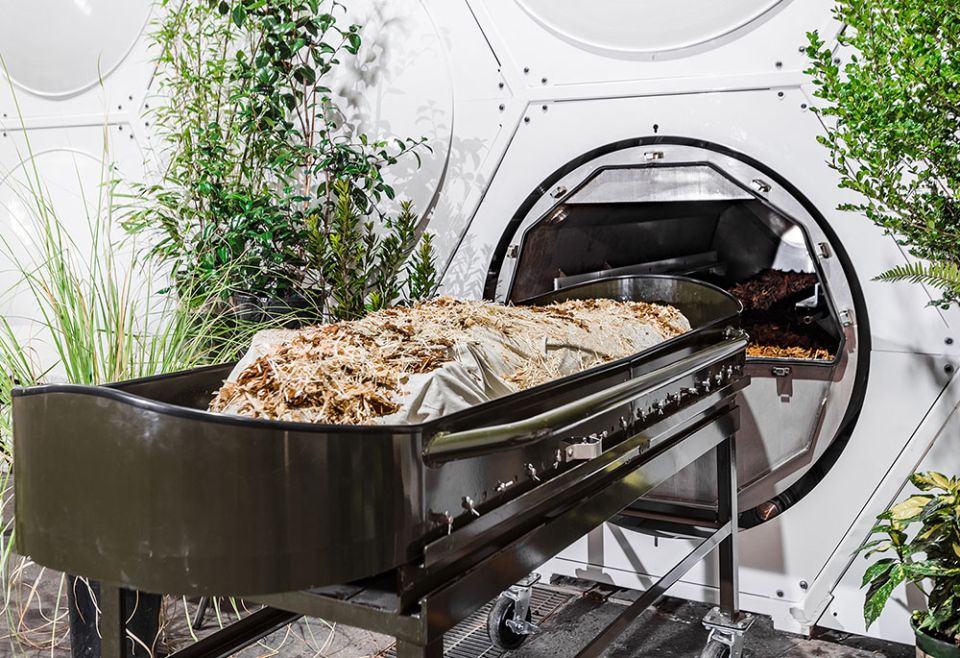 An example vessel that is used in the natural organic reduction process, which converts human bodies into soil, created by Recompose. (Courtesy of Recompose/Sabel Roizen)

Catholic bishops have opposed this process in states where human composting has been legalized.

In the letter, Domingo likened natural organic reduction to methods of disposal of livestock, "not as a means of human burial." Using this method, Domingo said, "can create an unfortunate spiritual, emotional and psychological distancing from the deceased."

In New York, where a similar bill awaits the governor's signature, the New York State Catholic Conference in a statement said composting human remains is inappropriate.

"While not everyone shares the same beliefs with regard to the reverent and respectful treatment of human remains, we believe there are a great many New Yorkers who would be uncomfortable at best with this proposed composting/fertilizing method, which is more appropriate for vegetable trimmings and eggshells than for human bodies," it said.

Under the California bill, the soil created by the human composting method could be used on private land with permission and would be subject to the same restrictions as scattering cremated remains in the state, according to the Los Angeles Times. It also prohibits human remains from being "commingled with those of another person," unless they are family.