EarthBeat Weekly: Most of the world's people are caught in an 'ecological poverty trap' 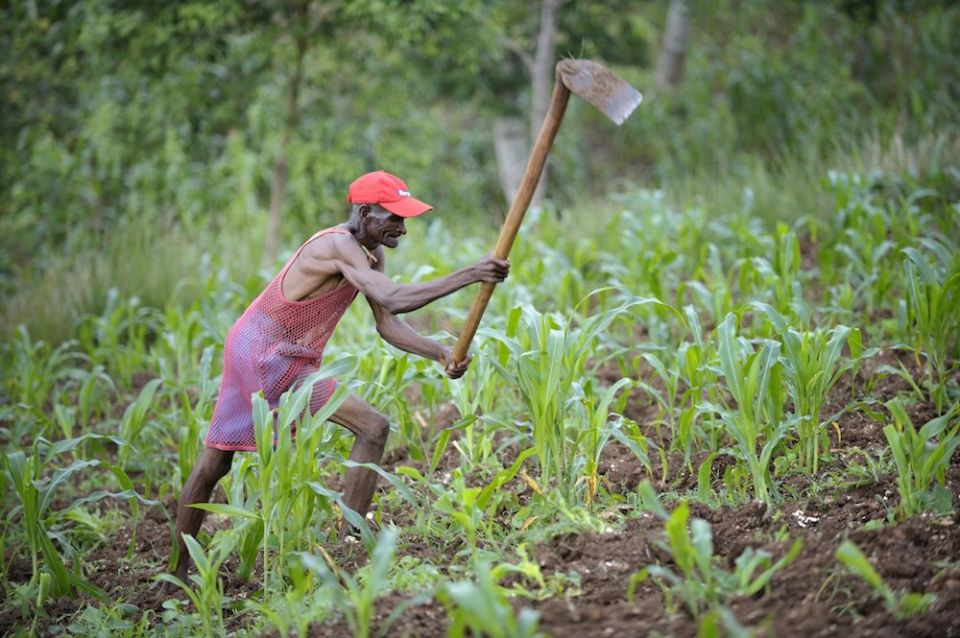 A farmer hoes his field of corn in Haiti, a country caught in the "ecological poverty trap." (CNS photo/Paul Jeffrey)

I learned a new term this week: "ecological poverty trap."

The underlying concept — that we're using the Earth's resources at an unsustainable rate — wasn't new to me, but a recent study highlights an important nuance: nearly three-fourths of the world's population lives in low-income countries where nature is unable to meet human demand for food, clean water, waste absorption and shelter.

That has implications for all of us, in high-, medium- and low-income countries, because the impacts ripple around the globe.

You may be familiar with the "global ecological footprint" — the comparison between "the nature we have and the nature we use," as the folks at the Global Footprint Network put it.

Another way of thinking of it is the number of Earths it would take to allow humans to keep consuming resources at the current rate. In 2020, that excess demand, which scientists call "ecological overshoot," was 56%. That is, it would take one and a half Earths to meet global demand for the planet's resources.

In other words, we're drawing down future reserves, which has led to a series of interrelated problems — biodiversity loss, climate change, reduced freshwater sources and overfishing among them — that threaten to create unforeseen cascades of effects.

And countries in which a biocapacity deficit combines with a low income are in increasing danger of getting caught in what the study's authors call an "ecological poverty trap" — unable to eradicate poverty, let alone improve people's quality of life.

This relationship between nature's ability to regenerate and countries' purchasing power is largely ignored in economics textbooks and debates about development, the researchers say. 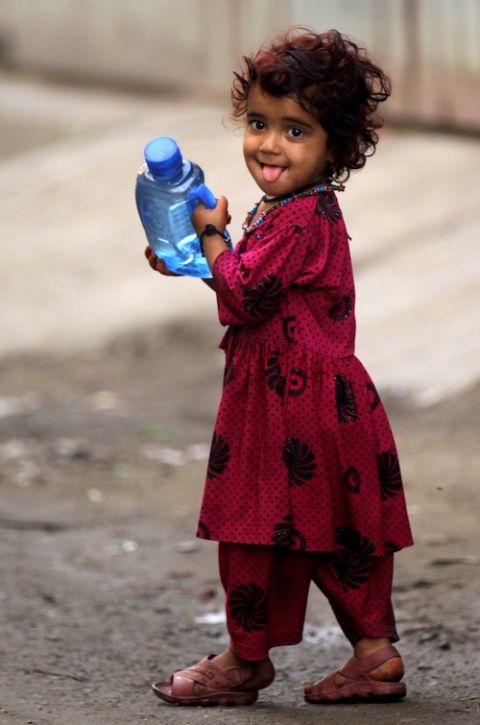 An Afghan refugee girl walks along a road in Lahore, Pakistan, in 2019. Pope Francis has cautioned about depletion of the world's freshwater supplies. (CNS photo/Mohsin Raza, Reuters)

When the study's authors compared the biocapacity of the world's countries with their income, in the form of per-capita gross domestic product, they found that a handful — including Canada, Finland, Brazil, Sweden and Russia — had both a biocapacity reserve and a high income, giving them security, at least for the immediate future.

Those countries represent only about 2% of the world's population, but each person has an ecological footprint in excess of 350%. That is, they consume resources at three times the rate at which ecosystems can regenerate.

A somewhat larger group, about 14% of the world's population, lives in countries with relatively high incomes that are running biocapacity deficits. People in those nations — which include Germany, France, Japan and the Netherlands — have the purchasing power to buy what nature produces faster than the planet's ecosystems can regenerate.

They have a per-capita ecological footprint in excess of 360%, maintaining their high-priced lifestyles by burning fossil fuels that emit more carbon than the ecosystems in their own countries can absorb.

But most people — 72% of the world's population — live in countries with both a low income and a biocapacity deficit. That figure rose from an estimated 2.5 billion people in 1980 to 5.4 billion in 2017. Although they also consume resources faster than nature can regenerate, their per-capita ecological footprint is half that of the wealthier groups.

They also are among the most vulnerable to the effects of this rampant borrowing against nature's future production.

These huge disparities have several consequences. One is that delaying a shift from dependence on fossil fuels exacerbates climate change and biodiversity loss, but the policies needed to eliminate fossil fuel use could be too costly for the majority of the world's population. That's one reason why low-income countries insist on more assistance from wealthy countries when the subject comes up at international climate talks.

In addition, countries with a biocapacity deficit generally have to purchase what is lacking — food, for example, if they don't have enough productive farmland. But that can strain the nation's already limited budget, and a financial downturn or weather-related disaster could make it impossible to buy what is needed, pushing the population into famine or some other crisis.

The authors propose concentrating on solutions in five areas: conservation and restoration of ecosystems, combined with a level of use that allows them to regenerate; designing and managing cities for maximum energy and transportation efficiency; phasing out fossil fuels in favor of efficient renewable energy; shrinking the carbon footprint of food, by reducing consumption of animal products and reducing food waste; and encouraging smaller families.

"Living off the depletion of natural capital means populations are running out of options and increases the likelihood of ecological poverty traps," they conclude. "Therefore, advancing resource security is turning into an indispensable strategy for eradicating poverty as well as security development success."

In his 2015 encyclical "Laudato Si', on Care for Our Common Home," Pope Francis writes, "We all know that it is not possible to sustain the present level of consumption in developed countries and wealthier sectors of society, where the habit of wasting and discarding has reached unprecedented levels. The exploitation of the planet has already exceeded acceptable limits and we still have not solved the problem of poverty."

This is an economic issue, but also a moral one — and one on which people of faith are called to act.

Fiona Harvey at The Guardian reports that despite the new climate targets announced during Earth Week by some of the world's wealthiest countries, the average global temperature is still likely to rise by 2.4 degrees Celsius by the end of this century, well above the Paris Agreement goal of 2 C or the hoped-for maximum of 1.5 C.

The United Nations has called for this to be the Decade on Ecosystem Restoration, but there is no consensus about what, exactly, that entails. Fred Pearce at Yale Environment 360 analyzes three new scientific studies that reach very different conclusions.

With Laudato Si' Week (May 16-24) fast approaching, there are various online events coming up that explore issues related to our common home, including responsible investing, preparing your congregation for weather-related disasters and the connection between food and faith.

You can find complete information about these and other events on the EarthBeat Events page.

A huge and heartfelt "Thank you!" to you EarthBeat readers who have contributed to NCR's Spring Fund Drive. We're grateful for your support, which helps us continue to bring you stories that examine the global climate emergency through a lens of faith and environmental justice. If you haven't done so yet, please consider making a donation or becoming a member of NCR Forward.

And as always, please feel free to pass along to others the link to EarthBeat Weekly on our website. Or if you prefer, you can sign up here to receive the newsletter in your inbox every Friday. Thank you for reading EarthBeat!

EarthBeat | EarthBeat Weekly: Most of the world's people are caught in an 'ecological poverty trap'