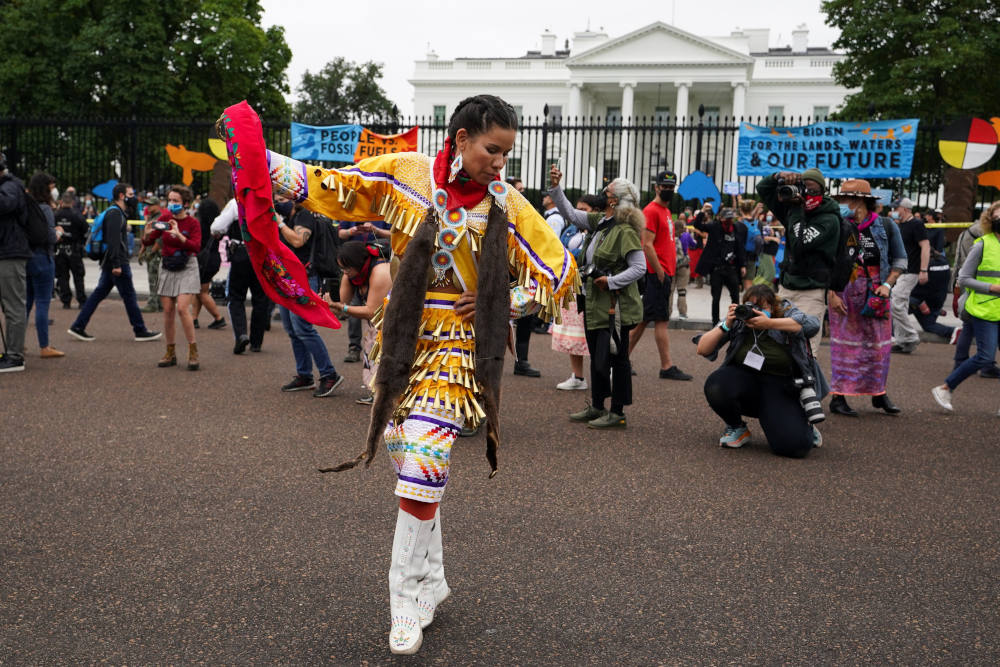 Today, the day after Thanksgiving, is also a national holiday.

No, I'm not talking about that color-coded, unofficial start of the Christmas shopping season.

It is Native American Heritage Day.

Back in 2009, then-President Barack Obama signed a resolution, with unanimous backing in Congress, establishing the day as a time to honor Native American and Alaskan Native cultural heritage, history and tribal sovereignty, "and to appreciate the contributions that First Americans have made and will continue to make to our Nation." The entire month of November, in fact, is known as Native American Heritage Month.

It's no secret that throughout U.S. history the relationship among Native Americans, European settlers and their descendants has been complex, to say the least. In fact, it goes all the way back to that first Thanksgiving, which this year marked its 400th anniversary, as detailed in a recent Washington Post feature.

In the spirit of Native American Heritage Day, I've dug up some recent EarthBeat coverage focused on the first inhabitants of Turtle Island — the term a number of tribes use for North America — and how spirituality and faith communities have been part of their story, for good and bad. 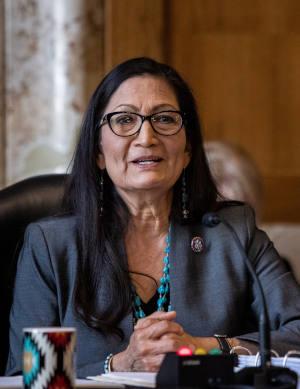 This year began with a historic move: the first Native American to serve in a presidential Cabinet, when President Joe Biden named Rep. Deb Haaland, a member of the Laguna Pueblo, as his Secretary of Interior. The symbolism and significance of an Indigenous woman leading the federal office that oversees the nation's lands was not lost on tribal organizations, who celebrated the move as "a historic and necessary step to healing the tribal relationships with the United States."

Terry Sloan, a member of the Navajo (Diné) and Hopi People, told me that the March confirmation of Haaland, a fellow Indigenous Catholic from New Mexico, marked "the beginning of a 'new era' of respectful land management" and government relations with Native American tribes. In his own essay offering advice to Biden as he entered the White House, Sloan, director of Southwest Native Cultures in Albuquerque, encouraged the president to lead the U.S. government to honor and respect Native rights and prioritize "real environmental protection for our land, air and sacred water."

Recently, Haaland announced during the White House Tribal Nations Summit a new initiative to protect and improve access to sacred Indigenous sites across the U.S. In her remarks she noted the White House itself sits on the ancestral homelands of the Anacostan and the Piscataway people. (Such land recognitions have become common in Catholic and faith-based environmental webinars in the past year.)

Protection of sacred places has been at the core of two major stand-offs that have unfolded this year.

In Arizona, the Apache people have led opposition to a federal land transfer for a new copper mine that would destroy Chi'chil Biłdagoteel, widely known as Oak Flat, the Apache sacred site. And in northern Minnesota, Indigenous women for years have led prayers and protests against the Enbridge Line 3 pipeline, which began operating this fall, that they say threatens wetlands, wild rice fields and sacred lands.

"I don't think [people] understand our ways of life, but it's good to show that we didn't have buildings to worship. We were out here. This is our church," Josh Andujo, a tribal member of Gabrielino Tongva San Gabriel Band of Mission Indians, told Religion News Service during a spiritual convoy to raise awareness and support for their federal court case to save Oak Flat. 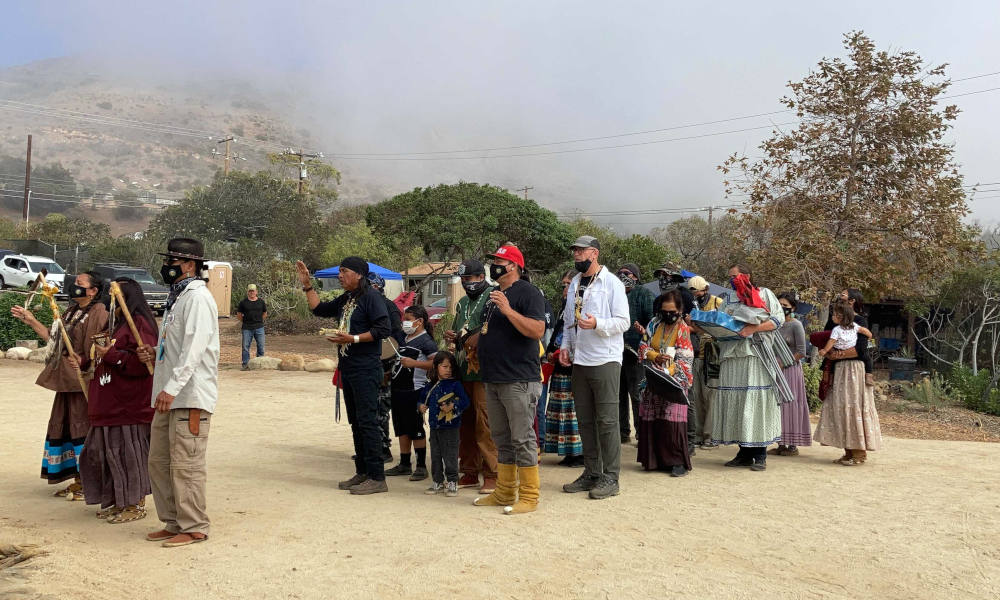 The COVID-19 pandemic has hit Native American communities especially hard, who have faced the highest rates of infection, hospitalization and death. In spite of that suffering, the pandemic lockdowns resulted in a renewal of Native traditions, spirituality and culture among the Gwich'in Athabascan people in northeastern Alaska.

The discovery in Canada of the bodies of hundreds of Indigenous children has re-raised the history of abuses that occurred at tribal residential schools across North America. The U.S. bishops' conference recently directed dioceses to cooperate with federal investigations. In October, the Catholic philanthropic group FADICA presented its Distinguished Catholic Leadership Award to Maka Akan Najin Black Elk, a citizen of Oglala Lakota Nation in South Dakota who has led truth, healing and reconciliation efforts around the Jesuit-founded Red Cloud Indian School on the Pine Ridge Indian Reservation. And in Montana, there are efforts to preserve Native American culture in the state's Catholic schools.

You can learn more about another resident of Pine Ridge, Nicholas Black Elk, who could become the second Native American saint, in a documentary about his life. Another film, "maɬni", immerses viewers into the meditative worldview of the Chinookan people in the Pacific Northwest.

We'll give the final word to Claire Lucas, who in April wrote about what she learned from about abundant generosity while a caregiver to Indigenous elders in rural Montana:

"The elders I work with remind me that an awareness of God in my life and in all Creation is never for myself alone," Lucas wrote. "Instead, I can let this awareness and attentiveness to the Holy One animate me to be in awe, rather than to pursue individual recognition, knowledge or success."

Here's what was new on EarthBeat this week:

On Wednesday, Dec. 1, the Dialogue on Science, Ethics & Religion, a program of the American Association for the Advancement of Science, will hold an online panel discussion on humanity’s relationship with nature and how diverse faith groups, local organizations and individuals can support inclusive engagement with the natural world and conservation action.

Advent begins on Sunday, and this season EarthBeat will be republishing some of the reflections from last year's "Simple Advent, Abundant Life" series that focused on the themes of time, money, consumption and community during the holidays.

You can sign up here to receive the reflections to your inbox three times a week.

Barbara will be back at the EarthBeat helm next week. As always, please forward this email, or pass along the link to EarthBeat Weekly on our website, to a friend who might appreciate EarthBeat.