Turning down the heat is possible, experts say, but we need to do it now 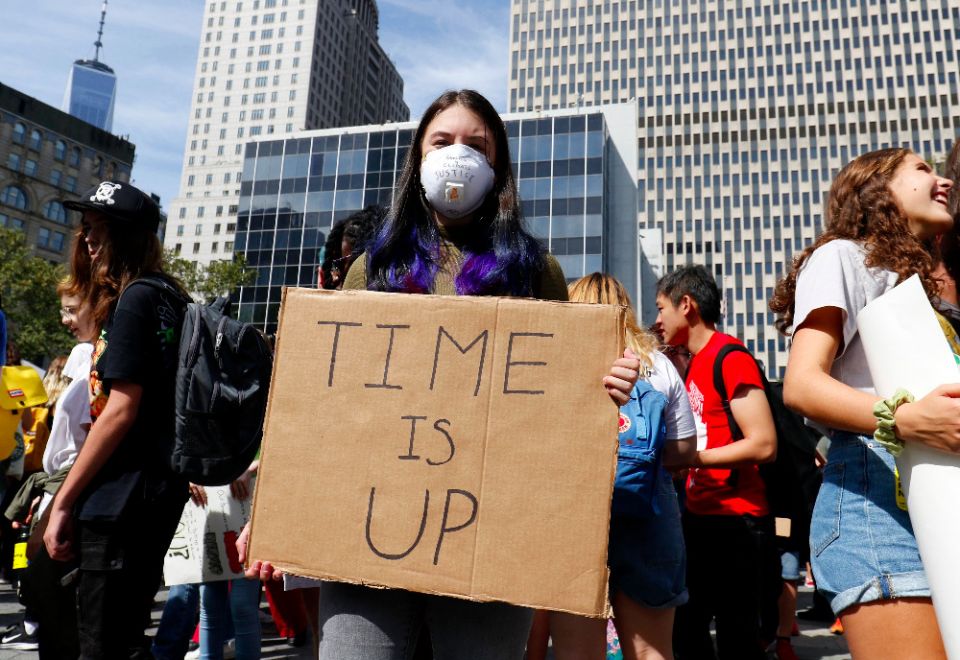 A young woman wears an air-filtering mask and holds a sign while participating in the Global Climate Strike in New York City in September 2019. (CNS photo/Gregory A. Shemitz)

Is it too late to change the course the world is on?

That's a question that comes up more and more frequently. This week, I've heard reasons for hope, but also messages of urgency. That is, there's still time, but we need to act now. And although the problem may look overwhelming, it can be broken down — like all the tasks on our to-do lists — into manageable chunks.

First, though, it's important to understand where most of the greenhouse gases we humans produce come from and how we can set priorities for tackling them, with policies and our own actions. For an overview, check out this webinar by environmental scientist Jonathan Foley, executive director of Project Drawdown.

Which human activities cause the greatest greenhouse gas emissions? As it turns out, electricity and food account for nearly half.

Generating electricity produces 25% of total human-created emissions, while agriculture, food and land-use change (for instance, destroying forest for ranching or to grow crops like oil palm or soybeans) account for 24%. So doing those things more efficiently and less wastefully would go a long way toward reducing emissions, Foley reasons.

For energy, that means not only moving away from fossil fuels — something to which Illinois Catholic bishops lent their support late last month — and increasing our use of renewable sources like the sun, wind and waves, but also retrofitting the world's buildings, so they use less energy.

For food, it means wasting less, at home and in supply lines, as well as decreasing consumption of beef and dairy products. That's partly because cattle belch methane and partly because ranching drives tropical deforestation.

While climate solutions require policy changes, there are many things we can do, as individuals and communities, by making lifestyle changes, encouraging others — and, of course, voting.

For more information about these and other upcoming events, check out our list here. And if your group is planning an event, you can submit it for inclusion on that page, too.

EarthBeat celebrates its first birthday at the end of this month, and we'd like you to help us chart our course for the next year. What do you like most or least about EarthBeat? What would you like us to cover more? What are we missing?

Next week, we'll be sending out a survey to our readers. Please take a few minutes to respond — it will help us make sure that EarthBeat is hitting the mark. As a thank-you, you'll have a chance at a drawing for a gift card. And, of course, you can always write to us any time at earthbeat@ncronline.org.