EarthBeat Weekly: Throwaway plastics strike back amid the pandemic 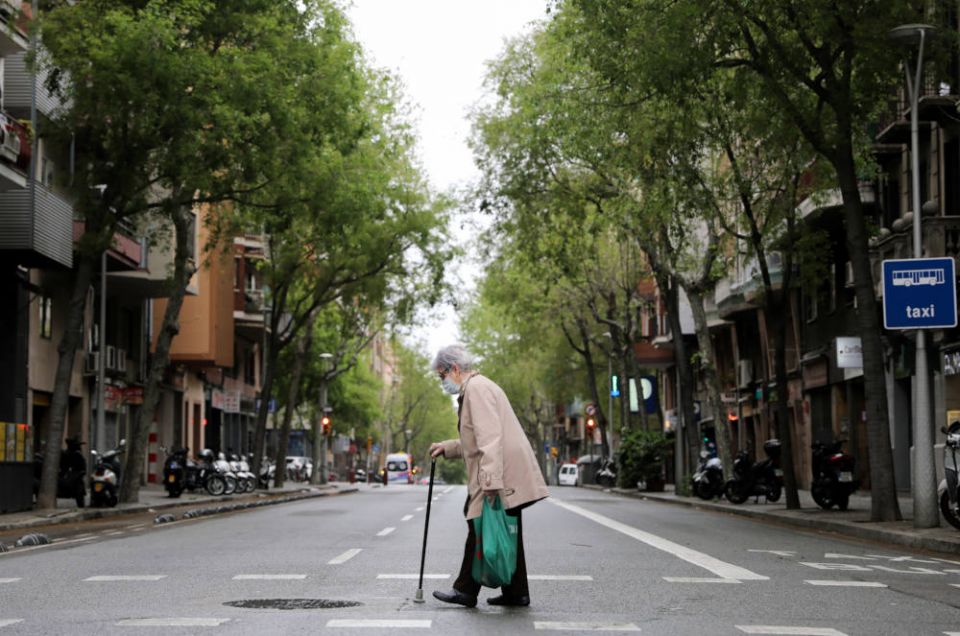 An elderly woman wears a protective face mask as she walks with shopping bags during the COVID-19 pandemic in Barcelona, Spain, April 1, 2020. (CNS photo/Nacho Doce, Reuters)

Earlier this week, my wife Clare and I decided to try something we hadn't done before: ride bikes to grab our groceries.

The weather was great and springy, and near our home in Kansas City (the one in Missouri, by the way) there's a trail that passes by several grocery stores — meaning we wouldn't have to bother with passing cars in a city that's still learning to share the road.

So we had our route. The sky was clear. There was just one more thing to do before we were on our way: Gather our reusable bags.

One of the side effects of the coronavirus pandemic has been a restoking of the pushback on reusable goods. Some stores have barred reusable bags, concerned they could spread the virus, and coffeeshops have paused refilling reusable cups. Food pantries are placing meals in disposable bags in their efforts to feed millions in need. Restaurants struggling to stay in business have turned to disposable packaging — and often plastic foam — in their shift to carryout and delivery meals. And as they plan to reopen, some are opting for disposable menus.

In late March, The New York Times reported on how the plastic bag industry is seeking to capitalize on the pandemic to undo state and city bans on single-use plastics like bags and straws. The story has stuck with me. It was a reminder of the forces at play seeking to preserve the throwaway culture that Pope Francis has urged the world to abandon.

Economics of course are a major factor, with plastic production backed by major oil and chemical associations. But I find it harder to understand the freedom angle: Is there really such a passion to fight for the right to be able to throw something away often minutes after receiving it? I was recently reminded there was by a conservative friend, who in listing reasons why he wouldn't want to live in Seattle stated he liked his plastic straws.

How did something like single-use plastics become so ingrained in U.S. culture when it hasn't been around that long? It turns out others have wondered the same thing. While variations of straws have been around since 3,000 B.C., the plastic version wasn't introduced until the 1950s and by the '70s had overtaken the slurping market. National Geographic offered a video chronology of plastic's history as part of its Planet or Plastic project.

The disposable vs. reusable debate existed well before the novel coronavirus began spreading around the globe. How it plays out post-pandemic will likely have a significant effect on whether the planet leaves the throwaway culture in its past, as well.

And whether pedaling to grocery stores with reusable bags in tow becomes an even more prevalent practice.

One last leftover from Earth Day. 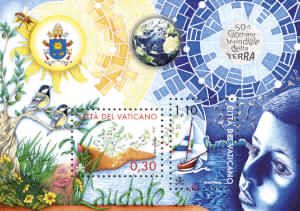 The Vatican Philatelic and Numismatic Office issued a commemorative stamp to mark the 50th Earth Day as well as the fifth anniversary of Laudato Si'. The stamp was designed by artist Joyce Chiarella, and developed with the Dicastery for the Promotion of Integral Human Development.

"This celebration aims to remind us that creation is a gift we have received from God and, for this reason, as the Holy Father teaches in Laudato si’, we have a mission to care for it and to protect it," the Vatican Philatelic and Numismatic Office said.

Information about purchasing the stamp is available on the Vatican Philatelic and Numismatic Office website.

EarthBeat | EarthBeat Weekly: Throwaway plastics strike back amid the pandemic