EarthBeat Weekly: We hear you, Greta. So here's the climate science 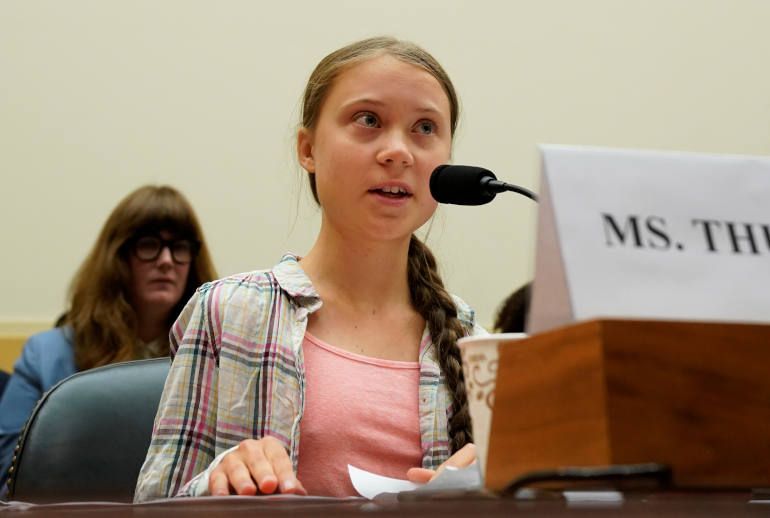 Swedish climate activist Greta Thunberg, 16, testifies at before U.S. representatives at a hearing on "Voices Leading the Next Generation on the Global Climate Crisis" in Washington Sept.18, 2019. (CNS photo/Kevin Lamarque, Reuters)

There was a lot of attention paid to Greta Thunberg this week.

On Wednesday, Time magazine named the Swedish teen climate activist its Person of the Year.

That same day, in Madrid, she addressed world leaders and diplomats at the COP 25 United Nations climate summit.

And a day later, the president of the United States of America took to trolling the 16 year old on Twitter, which came two days after Brazilian president Jair Bolsonaro called her a "brat." (In both cases, Thunberg responded by making the verbal barbs part of her Twitter bio.)

If given the choice, I'd guess Thunberg hoped what most people paid the most attention was her speech at COP 25. But not just the buzzy parts.

Thunberg said while she's learned from her year and a half in the global spotlight that beginning a speech with something personal or emotional can help grab attention, she'd avoid that this time. "Because then those phrases are all that people focus on."

"They don't remember the facts, the very reason why I say those things in the first place," she said. "We no longer have time to leave out the science. For about a year, I have been constantly talking about our rapidly declining carbon budgets, over and over again. But since that is still being ignored, I will just keep repeating it."

We hear you, Greta.

And in that spirit, we are highlighting here the science portions of Thunberg's speech:

"So there it is again," Thunberg said. "This is my message. This is what I want you to focus on."

And read the Time Person of the Year article on Thunberg, along with their explanation of the pick.

With Christmas fast approaching, the season for many is a time of abundant cheer, good will … and wrapping paper.

How do you attempt to limit excess waste during the holidays? Maybe you reuse packaging and wrapping paper. Or perhaps shop local to reduce your gifts' carbon footprints. Let us know your strategies by emailing me at the address below.

EarthBeat | EarthBeat Weekly: We hear you, Greta. So here's the climate science