by NCR Editorial Staff
Action
This article appears in the Our Common Home feature series. View the full series. 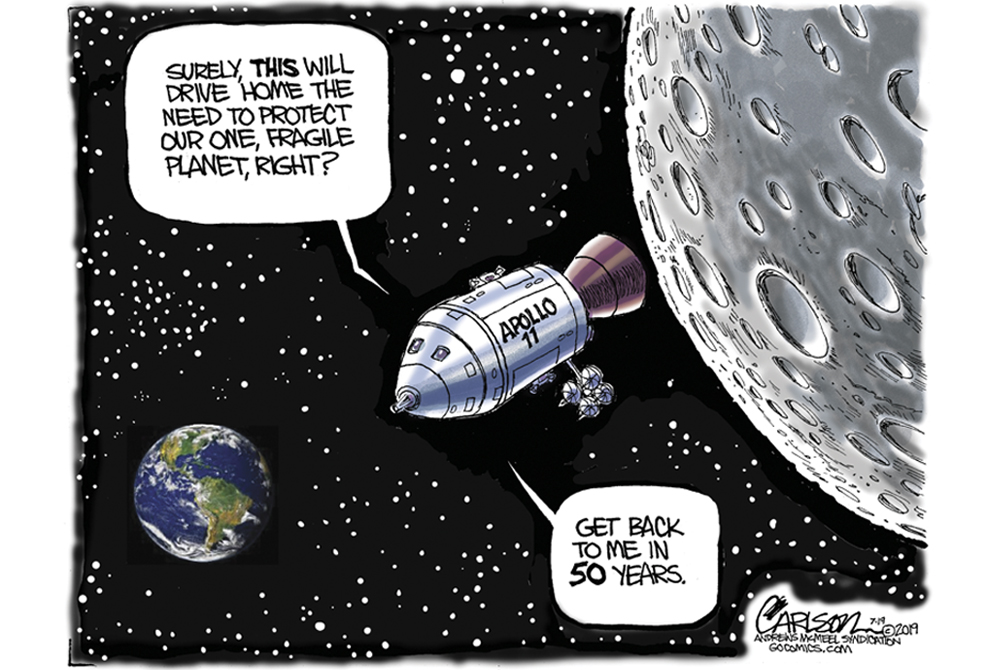 One would think that with an overwhelming consensus among scientists on the planet agreeing that the Earth is in peril because of human activity and that the window of time we have to ameliorate the damage is quickly closing, there would be little disagreement about what the top priority should be for the human race.

And yet, as a small but essential conference at Creighton University in Omaha, Nebraska, recently demonstrated, we are still groping for ways to persuade this country's government and religious officialdom to demonstrate bolder leadership on behalf of a natural world that sustains us all.

Our churches and schools have to become centers of truth-telling about what's happening to God's creation, said San Diego Bishop Robert McElroy, a keynote speaker at the gathering. We have to face up to the fact "that we have let the United States, which has for so long been the leader in scientific inquiry, countenance the wholesale spread of pseudo-science created by and in service to those industries and economic interests that despoil our planet."

McElroy is an episcopal outlier on the subject. While others may share his sentiments — and even as the U.S. bishops come to the discussion armed with a detailed and powerfully argued papal encyclical on the issue — they've been relatively silent.

Which makes the conference at Creighton, "Laudato Si' and the U.S. Catholic Church," a reference to Pope Francis' 2015 encyclical, all the more significant. It is impossible to separate the importance of this matter and the lack of attention given it from the current troubles of the Catholic hierarchy, especially in the United States, and the political climate of the country.

The issue resides at the nexus of those prevailing forces, caught in the increasingly strong crosswinds of divisions within the church and those rending our civic culture. It is no small matter that part of the discussion at a far-reaching session on climate change was how to talk about it. Tone it down, taking into account political sensitivities? Choose words carefully so as not to scare off with a kind of fright overload? Or ramp it up — climate emergency, environmental justice and the like — casting aside restraint for language that expresses the severity of the moment? Talk about it as a matter of science or a political challenge?

All of the above, of course. How we talk about it is often a matter of circumstance and tactics. Catholics and other people of faith, however, have an additional contribution to make to the conversation. Our language, incorporating both science and spirituality, can give voice, as Francis did in his encyclical, to the expressions of awe and wonder so eloquently part of his patron's approach to creation.

"He was a mystic and a pilgrim who lived in simplicity and in wonderful harmony with God, with others, with nature and with himself" writes the pope about the saint. "He shows us just how inseparable the bond is between concern for nature, justice for the poor, commitment to society, and interior peace."

If, indeed, Christ is in all and informs all we do, the act of creation and the consequences of our actions upon that creation should rivet our attention in this time of crisis.

In an interview some years ago, Franciscan Fr. Richard Rohr, discussing the erosion of authority in civil and ecclesial realms, was asked where he thought the new authority resided. The question is a perennial, he said, adding that he believes "the new authority is going to come from nature or the cosmos, the natural world. I know when Catholics first hear that, it sounds New Age-y, but it seems to me that's the primary Bible as Franciscans believed."

Indeed, the new cosmology, he said, understands that the written Bible was assembled "in the last nanosecond of geological planetary time. … Do you really think God wasn't talking for the first 14 billion years or whatever it is?"

The squalls and distractions created by our divisions cannot be allowed to knock us off purpose or focus regarding the defining issue of our era. That is why NCR has doubled down on its effort to raise concern about the Earth and the effects of climate to the highest level possible. The evidence of a broad Catholic coalition gathering around the issue, including a robust presence of younger Catholics is apparent in the reporting from the Creighton conference.

The NCR website also contains more, on a continuing basis, than we could ever fit into these pages. What we publish could serve as compelling material for a Catholic discussion group. Our reporting and commentary might also be passed on to pastors and deacons. Those who can take to the pulpit might well be moved if those who sit and listen make a strong enough case about the issues they wish to have addressed. You could also help us frame our climate coverage going forward by taking a brief survey: NCRonline.org/survey.

God has been talking through creation for a very long time. God continues to speak. If we're listening, no clearer mandate is delivered than to act on behalf of God's creation, all of its dimensions and creatures.

This story appeared in the July 26-Aug 8, 2019 print issue under the headline: God speaks through creation .

Editorial | Editorial: With the Earth in peril, we must act on behalf of God's creation