Editorial: The status quo won't save the planet or the Catholic Church 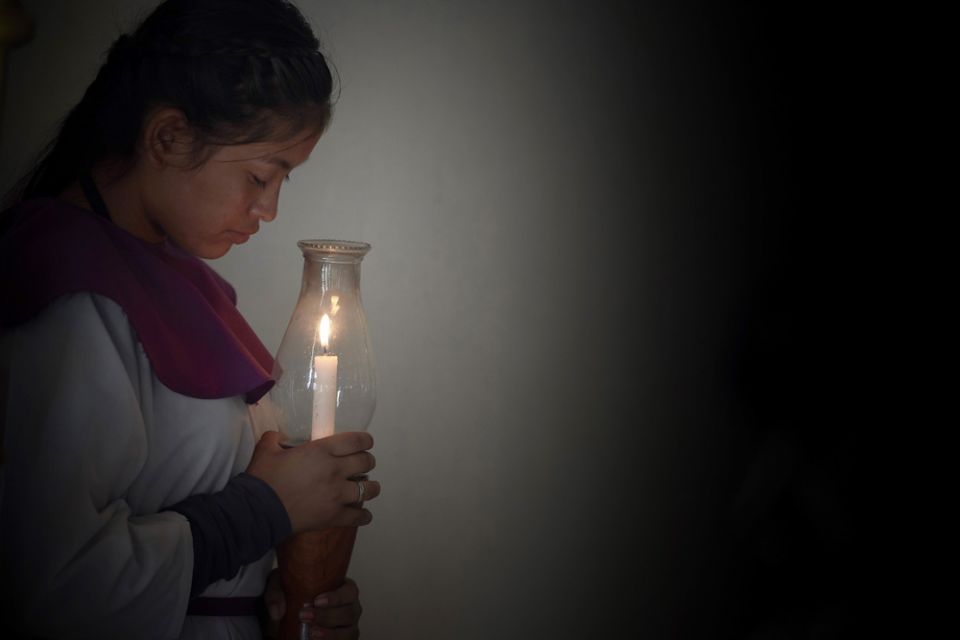 A sense of urgency, quite unusual and perhaps unprecedented in degree, hangs over the upcoming Synod of Bishops for the Amazon region. It is a peculiarly 21st century phenomenon that bishops from a wide swath of the earth meet with such high stakes in the balance: the survival of the planet and the survival of the life of faith among Catholics in an area in extreme need of sacramental ministers.

Those needs, and the inherent consequences of ignoring them, may be as obvious to some as a time lapse display of melting arctic ice. However, amid increasing storms, disappearing glaciers, receding coastlines, the shifting of flora and fauna to match the new weather patterns, and a global supermajority of scientists informing us of imminent peril in unequivocal terms, there exist still, in high places, deniers of climate change.

An eerie parallel exists within the Catholic world. The clerical culture is crumbling. The old model of church — a well-staffed rectory and a convent full of sisters — still resident in the Catholic psyche as the ideal to be pursued, is long gone. It won't return. In fact, it was, given the church's timeline, a blip of a 20th century anomaly that existed, actually, in very few places. And given the legacy of scandal that followed in its wake, perhaps not an exemplary model after all.

It was high-consumption Catholicism, often ostentatious, meant to impress and to project an air of superiority. It has been excruciatingly humbled.

The equivalent of climate deniers in the Catholic world are those who refuse to acknowledge the melting credibility of the clerical and hierarchical structures, the extinction of a certain sense of superiority, the disappearance of young people, the diminishment of the life of faith absent the leadership of married people and, especially, women.

The local church reality in much of the world has been quite different from that of the Catholic heyday in, say, Boston or Philadelphia or Chicago. The Amazon synod brings that reality to the fore in concentrated form.

If the needs giving rise to the synod are unusual, the pushback against it is unprecedented. On the matter of climate science, the bishops will be pushing into gale force objections of international movers and shakers engaged in such activities as exploitative mining practices and illegal deforestation for agricultural purposes. They inflict incalculable damage to invaluable ecosystems and to the people who live there.

In the synod, formally titled "The Amazon: New Paths for the Church and for Integral Ecology," the church will listen to the earth with a heightened sense of connection to it. It will acknowledge accountability for what is happening to, in the words of Pope Francis, our common home.

In that same setting, leaders will listen to the people of the church with a degree of openness to the needs discovered in local circumstances that is inspiring, if disconcerting to some.

Regarding critics of the working document for the synod, López told Vatican correspondent Joshua J. McElwee, "They have not even tried to go to the territory and experience the reality there."

Among the loudest critics, not surprisingly, is U.S. Cardinal Raymond Burke, joined by Bishop Athanasius Schneider, auxiliary bishop of Astana, Kazakhstan. How much credence one should give to a two-person campaign against the pope is an open question, but they've attracted a great deal of attention in certain circles with their rather extensive charges — spoken, of course, in "love" for the pope and unspecified "souls" — against Francis. One paragraph of their screed is sufficient to get the gist:

No honest person can anymore deny the almost general doctrinal confusion which is reigning in the life of the Church in our days. This is particularly due to ambiguities regarding the indissolubility of marriage, which is being relativized through the practice of the admittance of persons cohabitating in irregular unions to Holy Communion, due to the increasing approval of homosexual acts, which are intrinsically contrary to nature and contrary to the revealed will of God, due to errors regarding the uniqueness of the Our Lord Jesus Christ and His redemptive work, which is being relativized through erroneous affirmations on the diversity of religions, and especially due to the recognition of diverse forms of paganism and their ritual practices through the Instrumentum Laboris for the coming Special Assembly of the Synod of Bishops for the Pan-Amazon.

The instrumentum laboris, the working document, by the way, can be found here. It isn't confusing. It is rather straightforward and, in places, powerfully rendered.

It is valuable to read for its own sake and to take in the magnificence of a global church confronting, from the point of view of universal vastness to the particulars of daily lives and species unaccounted for, existential issues of this era. It is valuable, too, should you require a measure for the degree of quackery and self-indulgence baked into Burke's two-man campaign.

Like a climate denier, he would have us maintain the status quo or yearn for some non-existent golden era, no matter how damaging to the life of a faith community today. He frets elsewhere about the "practical abolition of priestly celibacy," because of the suggestion that ordination of proven, older married men might provide a solution to the lack of priests throughout the Amazon. Does he forget that it was Popes John Paul II and Benedict XVI who allowed the ordination of married men transferring from other denominations?

The synod on the Amazon, perhaps inadvertently, brings to a concentrated point a necessary discussion of the survival of the planet and the survival of a church undergoing unprecedented change. In either realm, survival does not lie in the status quo or returning to the way things were done in the past.

A version of this story appeared in the Oct 4-17, 2019 print issue under the headline: Survival of Earth and church is at stake .

Editorial | Editorial: The status quo won't save the planet or the Catholic Church