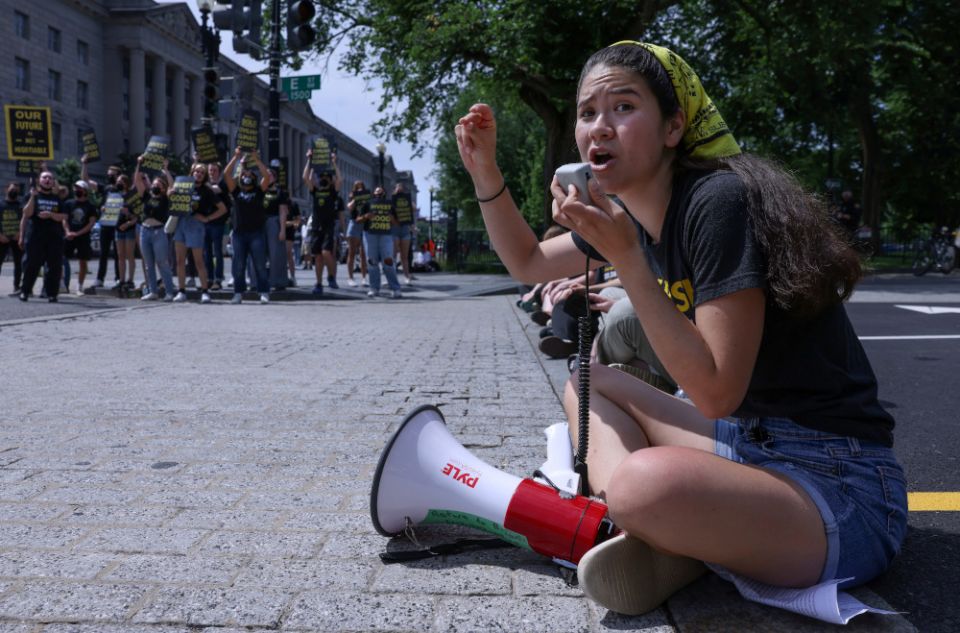 Activists protesting climate change and pushing for green jobs are seen near the White House in Washington June 4, 2021. (CNS/Reuters/Evelyn Hockstein)

For the Sisters of the Presentation of the Blessed Virgin Mary of Aberdeen, South Dakota, the prairie has been home since 1880.

They were invited from Dublin by Bishop Martin Marty of St. Cloud, Minnesota, to what was then the Dakota Territory to teach the children of the Lakota people and French settlers.

Since those early days, the order has developed an "inner awareness that we depend on the land and we're saved by the land," Presentation Sister Pegge Boehm told Catholic News Service.

"We're formed by the prairie. We know that the prairie land is fragile and we've come to know it's a fragile ecosystem," said Sister Boehm, socially responsible investment coordinator for the congregation.

That connection to the prairie is guiding an effort by the sisters to encourage one of the world's largest corporations, Amazon.com Inc., to become more transparent in its lobbying efforts in regard to climate change and adherence to the 2015 Paris climate agreement.

The sisters have joined Seattle-based Newground Social Investment as lead filers of a shareholder resolution ahead of Amazon's annual corporate general meeting that asks the firm to report if and how its lobbying aligns with the landmark 2015 accord's goal of limiting average global warming to 2.7 degrees Fahrenheit above pre-industrial levels.

"Once we identify maybe where there's not a right ordering, we are to be the moral voice to bring to their awareness that somebody out there is watching them and make them accountable," she said.

The resolution seeks more information than what Amazon already provides annually about its contributions of $10,000 or more to political candidates, trade associations, social welfare organizations and nonprofit groups.

"The report should address direct and indirect lobbying ... and what actions Amazon has or will take to mitigate the risks associated with misalignments that may be found," the resolution said.

A spokeswoman for Amazon declined to specifically address the Presentation sisters' resolution.

She pointed, instead to "sustainability activities" that support the Paris agreement. Among them are investments in wind and solar farms and more efficient machinery; plans to power all operations with 100% renewable energy by 2025; a commitment to reach net-zero carbon emissions by 2040; and ordering more than 100,000 fully electric delivery vehicles.

Amazon is among dozens of companies at which Interfaith Center on Corporate Responsibility members have filed climate- and environment-related resolutions. ICCR said there were 103 such filings by Feb. 16.

Oblate Father Seamus Finn, director of the Office of Justice, Peace and Integrity of Creation for his order and former ICCR board chairman, said that shareholders in many companies see an urgent need for corporate leaders to more rapidly adopt practices that mitigate climate change, leading to more resolutions being filed this year.

Shareholders are learning from failed attempts in years past and now are fine-tuning resolutions to address specific, rather than broad, concerns, he explained.

It's expected that some of the resolutions will be withdrawn as conversations begin between activist investors and corporate representatives, but many will be debated during the annual meetings in the weeks ahead.

ICCR reported during a webinar in February introducing its 2022 Proxy Resolutions and Voting Guide that a record 436 resolutions at 246 companies have been filed. In 2021, 244 shareholder resolutions were filed.

'Once we identify maybe where there's not a right ordering, we are to be the moral voice to bring to [Amazon.com Inc.'s] awareness that somebody out there is watching them and make them accountable.'

Last year also saw a record number of ICCR member resolutions — 23 — gaining majority support from shareholders. And in a move that sent shockwaves through corporate boardrooms, other activist investors elected three of their own to oil giant Exxon Mobil's board of directors in the hope of quickening the pace of the company's response to climate change.

That success has raised hope among investors such as religious congregations, labor unions and progressive asset management firms for more of the same this spring.

The South Dakota congregation's resolution is just one of 17 filed with Amazon by ICCR members. Other resolutions address such concerns as employee rights, racial and gender pay gaps, surveillance technology and tax transparency.

Similar issues have been raised with other companies as shareholders seek greater accountability and actions that promote justice.

Still, concerns about climate change top the list this season. Overall, 20 resolutions have been filed on Paris-aligned climate lobbying. Other environment-related concerns include disclosure about greenhouse gas emissions and financing for fossil fuel development.

Mary Minette, director of shareholder advocacy at Mercy Investment Services, credited women religious for staying the course on the environment for years, long before many investors recognized the growing threats to people and creation.

The Benedictine Sisters of Boerne, Texas, were among the co-filers of a resolution with San Antonio-based Valero Energy Corp. seeking disclosure of near- and long-term greenhouse gas reduction targets. It said the company's exposure to climate risks can endanger its business and thus negatively impact investors.

Benedictine Sister Susan Mika, director of the Benedictine Coalition for Responsible Investment, told CNS the resolution is the latest in a yearslong campaign to engage the company's leaders about environmental issues. 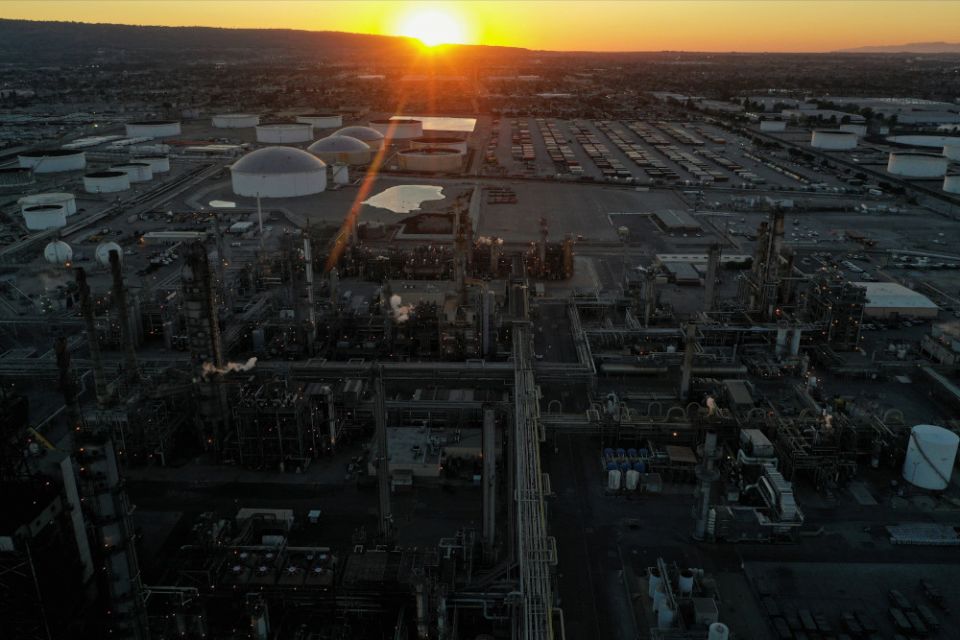 "We are concerned about climate change and everything happening to Earth. These are some of the reasons we would be filing with any of the oil and gas companies and refineries," Sister Mika said.

Conversations can get technical, especially when it comes to reducing greenhouse gas emissions in drilling operations, but Sister Mika said she and other shareholder institutions want to continue to engage with corporate officials to protect the planet.

ICCR was buoyed for greater success this year, especially after the Securities and Exchange Commission March 21 proposed a rule to enhance climate-related disclosures to investors.

The landmark rule, which will go out for public comment in the coming weeks, would require companies to disclose their greenhouse gas emissions and the risks they face from climate change.

In a statement, Christina Herman, program director for climate and environmental justice at ICCR, welcomed the rule, which will standardize for the first time how companies report emissions.

The proposal "will be critical in setting a floor to ensure that investors of all sizes will have access to data about corporate and portfolio-level climate risk, vital to making investment decisions as the economy pivots to a clean energy future," Herman said.

The rule, which is not expected to take effect until December once it is finalized, does not affect this year's shareholder actions, but it will go a long way to address investors' environment-related concerns into the future.