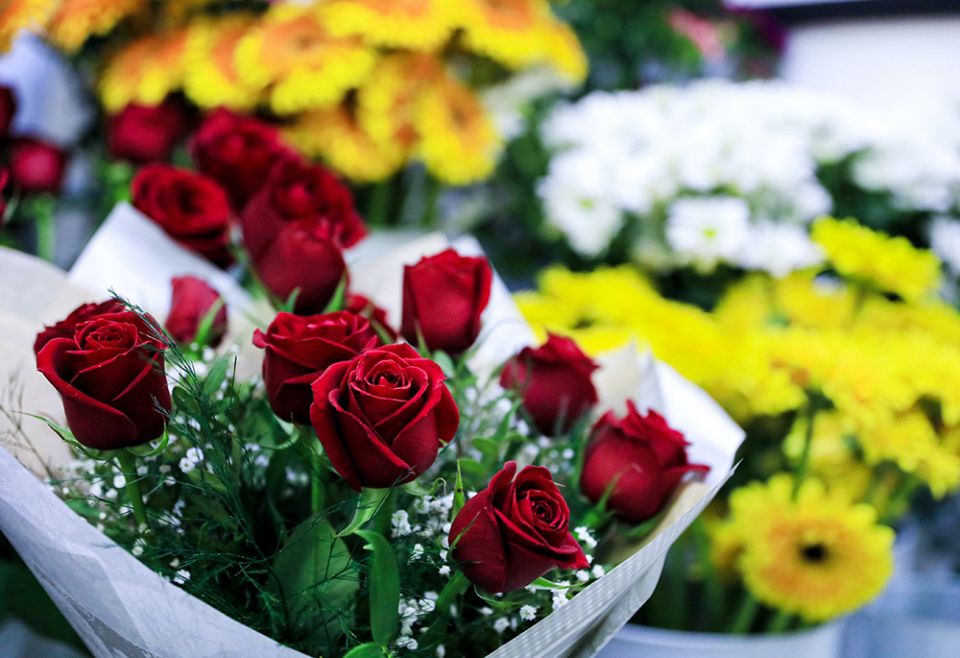 A bouquet of roses stands as the quintessential romantic gesture on Valentine's Day. These sweet-smelling blooms are integral to the commercial holiday of love. Yet the environmental impact of the global cut flower industry clouds our "rosy" vision of this signature sign of affection — and urges us toward greener demonstrations of love this Valentine's Day.

The thorny impact of the $55 billion global cut flowers industry comes from both transport requirements and less regulated growing conditions outside of the United States. Though California is the leading producer of domestic roses in the states, most U.S. Valentine's Day bouquets are sourced from Latin America.

According to the BBC, the biggest buyers of cut flowers are the European Union and the United States, while the majority of cut flowers are grown in and exported from the Netherlands, Ecuador, Colombia, Kenya and Ethiopia. This trend is due in part to climate conditions —warmer weather, higher altitude, and longer sunlight exposure allow for greater production — and in part to labor costs, which are much lower in countries like Colombia and Ecuador than in the U.S.

Given the fragility of flowers and their limited shelf life, time is money in the cut flower industry. Cut flowers are transported quickly using a "cold-chain" process, which involves refrigerating the flowers throughout each point of travel — by boat, by plane, and by other means. Refrigerating facilities enable the flowers to be dormant, keeping them fresh as they move from farms to stocked store shelves. Sylvie Mamias, secretary general of Union Fleurs, the international flower trade association, told the BBC that the turnaround time from farm to shop can be as little as 24-48 hours.

The journey these bouquets make is not only logistically complex — it's environmentally fraught, too. Refrigeration and long-haul transport result in staggering amounts of carbon emissions and other air pollution. The International Council on Clean Transportation documented that in 2018, cut flower deliveries grown in Colombia and flown to the United States produced around 360,000 metric tons of carbon dioxide.

Cut flowers travel thousands of miles by plane, and then thousands of miles more via transport trucks. The flowers' trip may be fast, but these emissions linger in the atmosphere for hundreds of years, if not more, and largely contribute to climate change.

But massive carbon emissions from fast transport are not the only concern when it comes to cut flowers.

Many cut flower producers make use of pesticides to produce the ideal bloom. The World Resources Institute reports that one-fifth of these pesticides are untested or banned in the United States.

These chemicals pose threats not only to the natural environment, but also to its inhabitants.

Lake Naivasha in Kenya is an apt example. In the past, local cut flower farms would feed the lake water to the greenhouses and then back to the lake, without filtering out pesticides and other pollutants. This resulted in poor water quality, which was then exacerbated by drought. Lake Naivasha garnered media attention around its reduced size and its polluted waters, caused by the local bloom industry. Though these ills have been ameliorated through sustainable farming practices, they serve as a warning of the damage the cut flowers industry can do.

These chemicals also harm industry workers, who are exposed to toxins in fertilizers, insecticides and preservatives that extend the shelf life of flowers. Many pesticides have carcinogenic effects, causing neurological damage and other health problems.

There has been an increased push for domestic flower production in recent years. Last year, U.S. Sen. Dan Sullivan of Alaska introduced the American Grown Act to Congress to garner support for the U.S. floriculture industry. 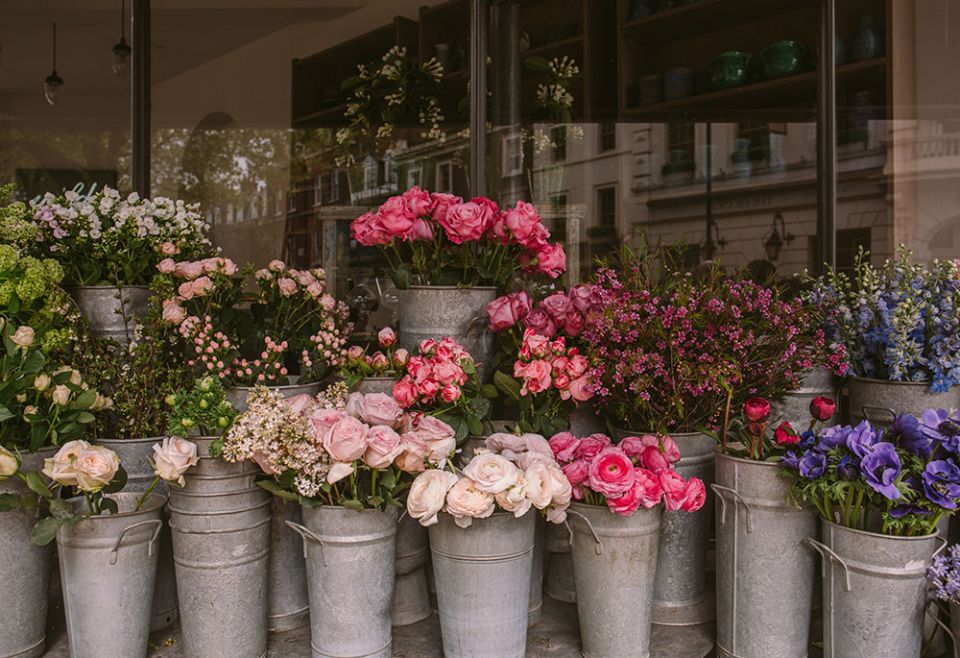 Yet domestically grown blooms carry their own environmental costs. Given that North America boasts a cooler climate, the domestic flower industry requires heated greenhouses to keep up with demand. These heating practices produce higher CO2 emissions as a result. According to Melanie Dürr of Fairtrade International, the carbon footprint of flowers grown in cooler countries can be at least 5.5 times greater than that of equatorial countries. Here, locally grown can do harm, too.

There are green options for the environmentally conscious romantic. The Slow Flowers movement, for example, offers an online directory of several hundred growers across North America who produce in-season flowers with a reduced (or zero) carbon footprint. Fairtrade America has also collaborated with thousands of suppliers, with most supermarkets offering Fair trade-certified bouquets. These blooms not only offer an environmentally friendly alternative to unregulated florals, but also support better working conditions for industry workers.

We would do well to consider the ways in which we can best demonstrate our love this Valentine's Day — not just romantic love, but love for the Earth as well.

You might decide to buy an in-season bouquet from a local florist or farm. Or you might decide against a bouquet altogether, opting instead for longer-lasting gifts like a packet of seeds as a promise to garden with your beloved, or a donation to have a tree planted in a loved one's honor. 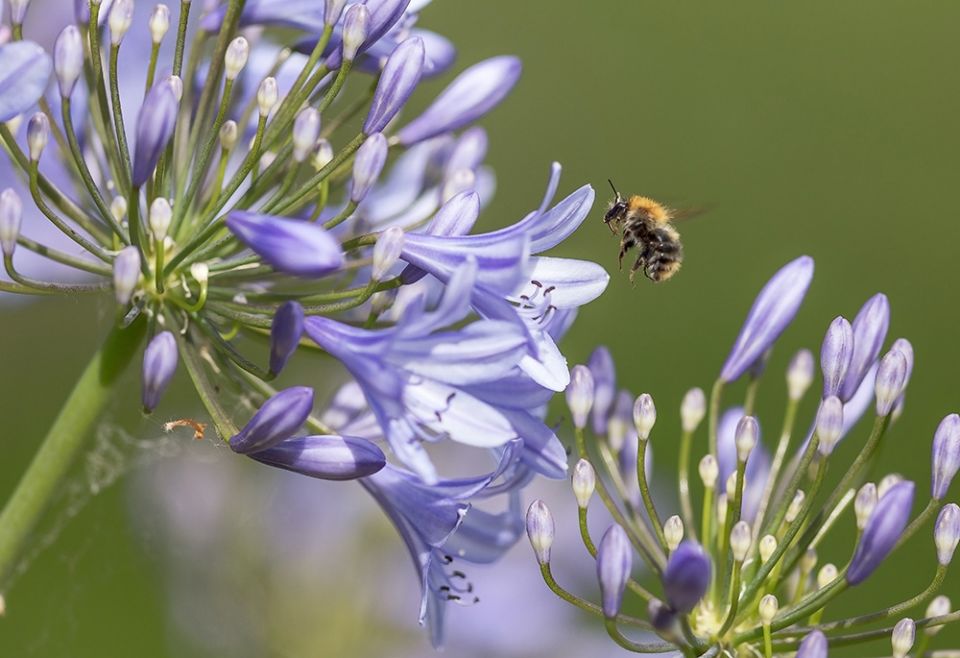 Given that St. Valentine is the patron saint of beekeepers, what better way to embody his spirit than to support the flourishing of bee communities? Bees are essential to the health of the environment. You could donate to organizations such as Heifer International and the American Beekeeping Federation. And enthusiasts with a green thumb can create a wildlife habitat garden in their front lawn or other yard space to nurture bees and other flora and fauna.

It is in caring for the Earth that we come to remember that we share the planet with all of God's wondrous creatures. And it is in considering creative, creation-conscious gestures of love that we resist the throwaway culture that Pope Francis warns against, one where we discard bouquets with little thought to what else — and who else — suffers from such novelties.

The depths of our love, whether for people or planet, extend far beyond a wilted bouquet. And as climate change continues to threaten the floricultural industry, we must consider the ways we can demonstrate love beyond transient and commercialized gestures, with people and planet in mind. This Valentine's Day, pursue creative routes to communicate a rich understanding of love, which, like the Earth, is an "environment to be safeguarded, a garden to be cultivated." 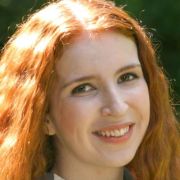 Céire Kealty is a doctoral student in the Department of Theology and Religious Studies at Villanova University, studying Christian ethics and spirituality. She writes about the global garment industry, workers' rights, and clothing in religious and "secular" spaces.

Commentary | For a greener Valentine's Day, skip the bouquet of roses