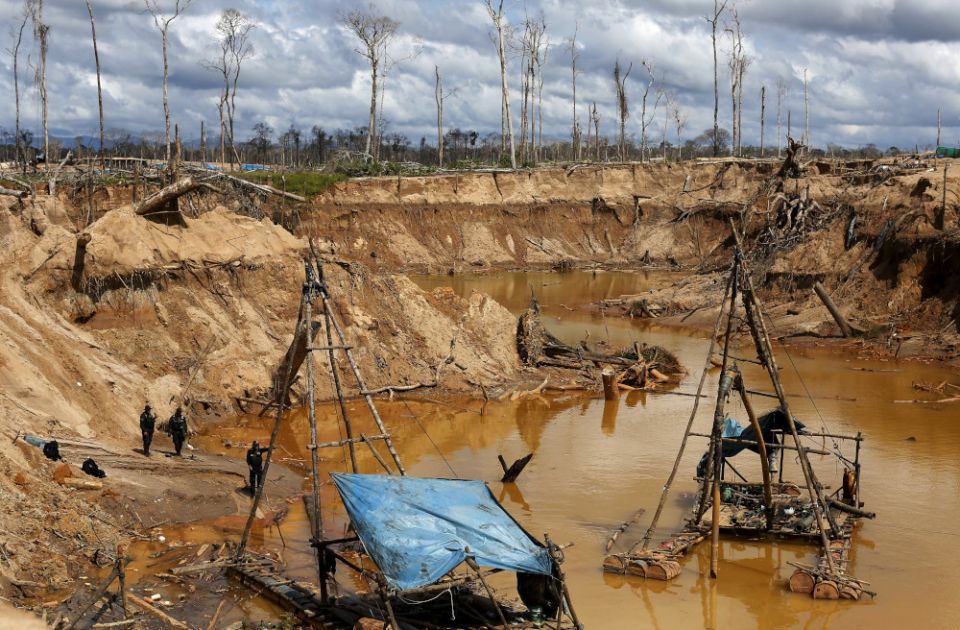 Santiago de Chuco — Fr. Carlos Campos knew he would face multiple challenges when he was appointed to run the principal church in Santiago de Chuco, in the mountains of northern Peru, but he never expected them to include physical threats.

The department is home to some of Peru's poorer districts, and large swaths of it are often isolated during the rainy season, the first three months of the year. Poverty and isolation worsened when the pandemic hit only a few months after he arrived, and Peru's government implemented a drastic three-month lockdown.

Fr. Campos and a group of young parishioners formed a Laudato Si' group and began outreach work that has included technical assistance for farmers, food distribution and, most recently, construction of a soup kitchen that will provide around 150 meals daily, primarily to elderly residents. He also oversees a small parochial school.

The social work went over well, but Fr. Campos did not find the same reaction when he began questioning the impact of wildcat mining in the province. Instead of support, he started receiving threats.

"Wildcat mining not only affects the environment, but all of society. We received threats when we began to object to what they were doing. Challenging them is basically like David taking on Goliath," Fr. Campos said.

Santiago de Chuco and surrounding provinces are rich in gold and other metals, and mining has existed since pre-Columbian times. While there are world-class formal mines in the zone, huge areas of the province have been invaded by wildcat miners, who burrow into hills in search of minerals. They do not use protective gear, and they do not abide by environmental standards.

Fr. Campos said the problem intensified during the pandemic, when other sources of work evaporated and people turned to mining.

"What little control there was over wildcat mining disappeared with the pandemic. It has become a free-for-all wherever you go. They are contaminating the air, soil and water," he said.

Peru's government and international agencies have focused attention on wildcat mining in the Amazon, especially in Peru's southeastern Madre de Dios department, where Pope Francis called illegal gold mining a "false god" during a 2018 visit to Peru. Several districts in Madre de Dios have been under a state of emergency since February 2019, but destruction and violence continue.

Unknown gunmen shot and killed an environmental activist March 20 in La Pampa, one of the more notorious wildcat mining zones. The Puerto Maldonado Vicariate condemned the murder of Juan Fernández, demanding an investigation and asking what good is the emergency if the state cannot protect its citizens. Fernández's brother is the leader of a base Christian community in Madre de Dios.

"We are in solidarity with those in Madre de Dios who, day after day, feel abandoned by a state that does not seem to protect them. They are being threatened and killed," said the vicariate.

Wildcat mining in the highlands has received much less attention.

The epicenter in this part of Peru is Quiruvilca, a town 13,150 feet above sea level in Santiago de Chuco. Its name means "silver tooth" in Quechua, Peru's most prevalent Indigenous language.

The large polymetallic mine in Quiruvilca abruptly closed in December 2017, leaving thousands of miners unemployed overnight. The majority immediately decided to mine for themselves, and many others moved in with the pandemic. Mayor Oscar Diestra said he does not know how many people are working the hills, but at last count there were more than 100 different economic activities — from digging into the earth to operating food stalls — related to mining in the town.

"Everything here revolves around mining, even if we do not have a mining company any longer," he said.