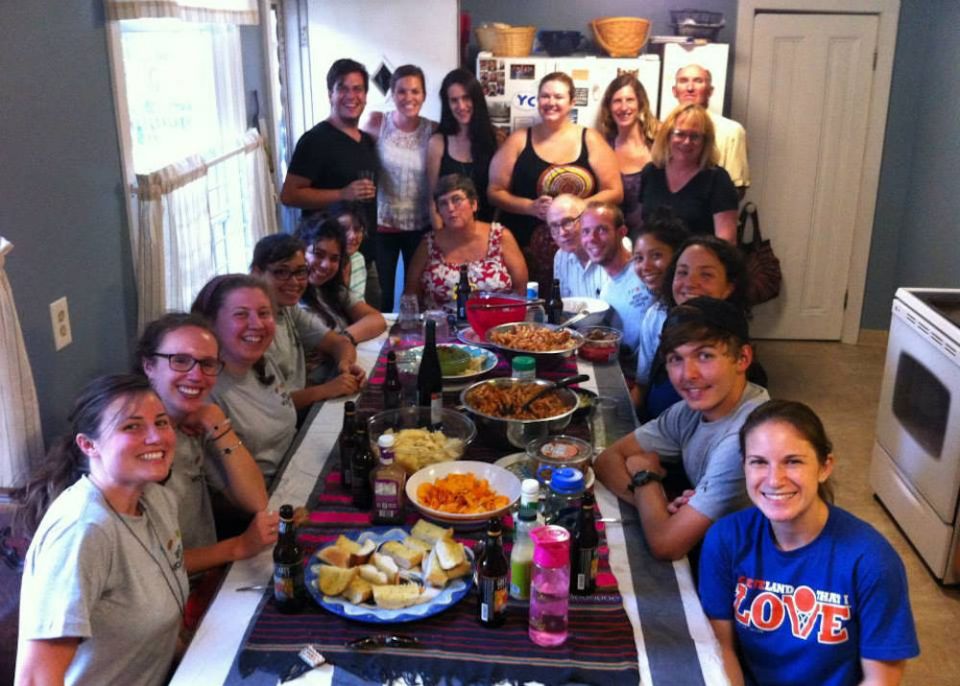 When I graduated from college in 2010, I moved to Cleveland as a Jesuit Volunteer. When I shared my plans with my mom, I remember her having a particularly strong reaction to the idea of me living with seven strangers in a small house and making only $100 a month. I had student loans to pay, and how could someone survive on so little money?

In the moment, I was frustrated with her seeming lack of support, but looking back, I realize that she was coming from a place of love. As the first person in my immediate family to graduate from college, she expected me to get a high-paying job so that I wouldn't have to deal with the same struggles and lack of choice that she and my father had growing up. She wanted me to have access to "the good life" and all of its advantages.

Paradoxically, living in intentional community and voluntary simplicity with my community members, now lifelong friends, was one of the richest experiences I've ever had. We found creative ways to entertain ourselves, since we didn't have internet access or much money to spend. (In my privileged experience, it didn't feel like much, though $100 a month is considered extreme wealth in some places.) We cooked together, played games together and shared our struggles and joys as we broke bread together at our kitchen table.

Halfway through the year, I was talking to my mom on the phone, and I remember her saying that she could hear in my voice how happy I was and that she now better understood my decision. All she wanted in life was my happiness and that somehow didn't equate directly to my income. (My basic needs were met, and I am not intending to glamorize poverty. I, who had more than I needed, was able to live with less. This is not the case for people who cannot sustain themselves on their income.)

Even now, as a single person with an income much higher than in my year in the Jesuit Volunteer Corps, I am not sure I am living as abundantly as I did then, and I often think back on that year as the Star of Bethlehem, guiding me on the path toward joyful, balanced and abundant living.

What messages were you told growing up about the importance of money in relation to happiness?

When have you felt that you were living most abundantly? Think about the specific circumstances of your life. What role did money play, if any, during this period?

Bring to mind three things in your life that bring you joy that do not require any money and say a prayer of thanksgiving for them.

View the Advent Simplicity Calendar to further reflect on money and happiness.