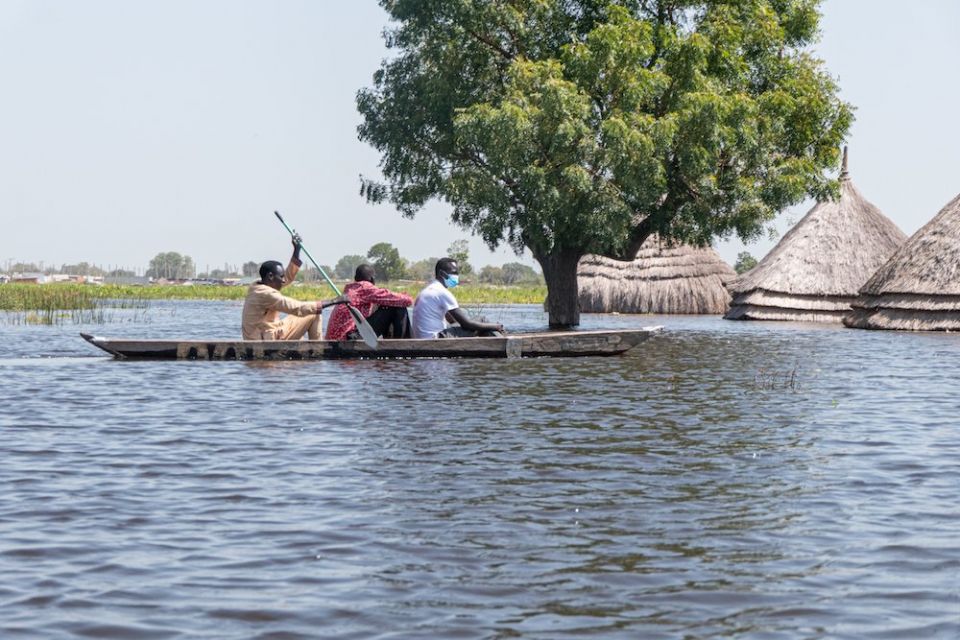 Most areas of the diocese — one of the largest in the world's youngest nation — are submerged, with the water rising to a height of one meter (39.5 inches), the bishop said.

"The situation is really bad. It's that of a humanitarian emergency. The whole diocese, which covers three states — Unity, Upper Nile and Jonglei — is affected," Majwok told Catholic News Service in early December. "It's a painful situation."

At least 800,000 people are affected, according to the United Nations. Villages, homes, roads, farms and markets have been covered by water, forcing families to move to higher grounds where they can find safety. Some have moved to neighboring towns.

The country's flood emergency is being linked to climate change, as in other East African nations, where unprecedented floods and storms are alternating with droughts, causing food emergencies and threatening people's livelihoods in a region where they depend on farming and raising animals.

"The humanitarian response is ongoing, but it is inadequate to meet the diverse and compounded needs of the affected people," a November U.N. report said. 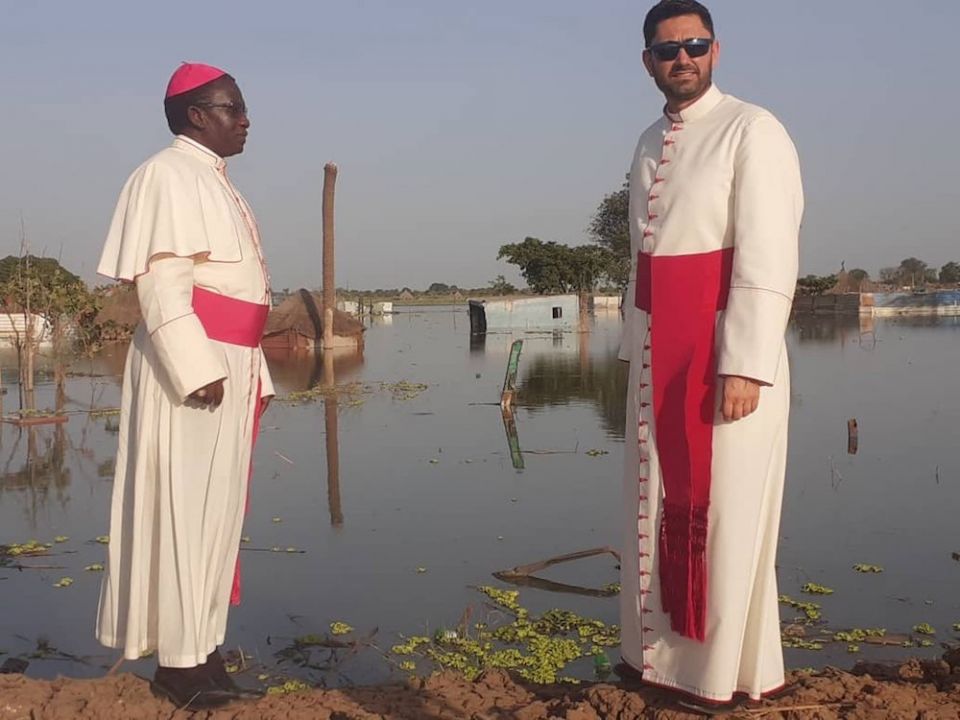 In South Sudan, the disaster struck when the country was already facing conflict, hunger and the COVID-19 pandemic.

"At the moment, what is urgent is to save the people's lives. Many are displaced and urgently need shelter, food and medicines," said Majwok.

The last time the region experienced similar flooding was in 1964, he said, but it did not reach this level. Although aid agencies have been providing some relief, he said, the flooding was overwhelming their capacity to help.

"A lot of work needs to be done. All roads have been closed by the floods. It means the only way to reach the area is by air. The airstrip is also threatened," the bishop said.

In October, the Vatican sent $75,000 as an emergency response to the diocese. The Dicastery for Promoting Integral Human Development said the support was intended to express Pope Francis' closeness to the people.

South Sudan, a region with many Christians as well as followers of African traditional religions, gained independence from the mainly Islamic and Arab north in 2011. Two years later, a civil war began, forcing thousands to leave the country as refugees and leaving millions displaced within South Sudan.

In a new twist, the bishop says, the floods have brought a bit of peace in the region.

"I can say there is some calmness now except in a few pockets," Majwok said. "There is an area where communities were fighting, but were forced to move to a higher ground by the floods. They had no choice but to live together. This is a reality."