'We are part of a living nature': Parallels in pope's, Indigenous views of humanity's relationship with creation 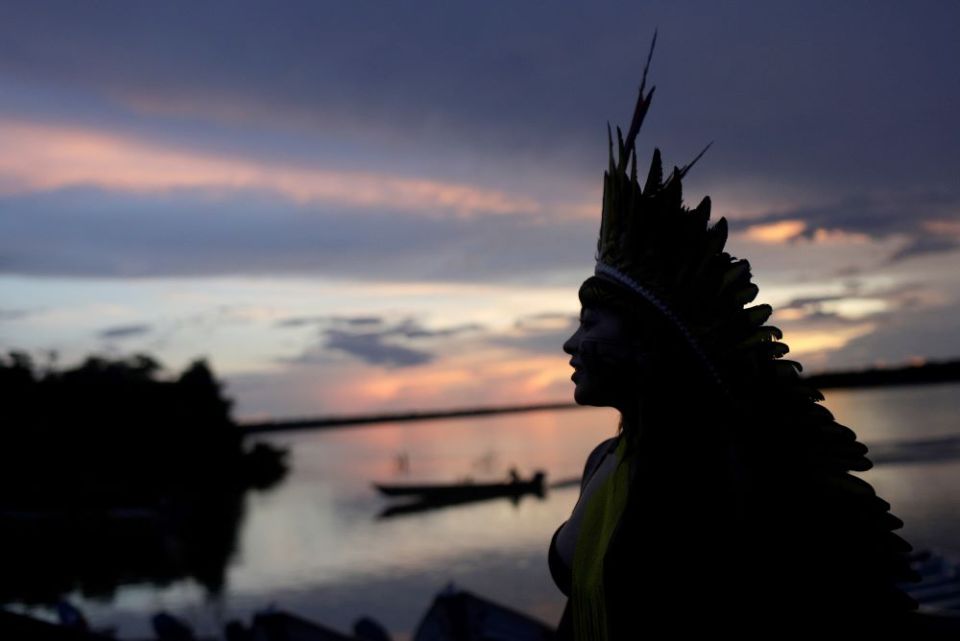 A leader of the Celia Xakriaba peoples walks along the banks of the Xingu River in Brazil's Xingu Indigenous Park Jan. 15, 2020. One Indigenous leader urged the church to stop seeing nature as something to be protected, without considering the struggles of the people who live there. (CNS/Reuters/Ricardo Moraes)

Puerto Maldonado, Peru — Sitting in a boat on Lake Sandoval, in the middle of the Amazonian forest in Peru, with the sun setting to the west and the moon rising in the east, Yésica Patiachi saw two macaws circling overhead and felt they were her grandparents, greeting her.

"My grandfather always said his spirit would turn into a macaw," said Patiachi, 35, an Arakbut (also spelled "Harakbut") Indigenous woman. "I said they were my grandfather and grandmother," she said of the birds. "It made me sad, but also content."

Patiachi was one of the people who addressed Pope Francis during his visit to Peru's Amazonian Madre de Dios region in January 2018. Before thousands of Indigenous people from at least five Amazonian countries, she told the pope of the difficulties her people faced in a region known for its biologically diverse forests but devastated by wildcat gold mining.

"We ask that you defend us!" Patiachi said. 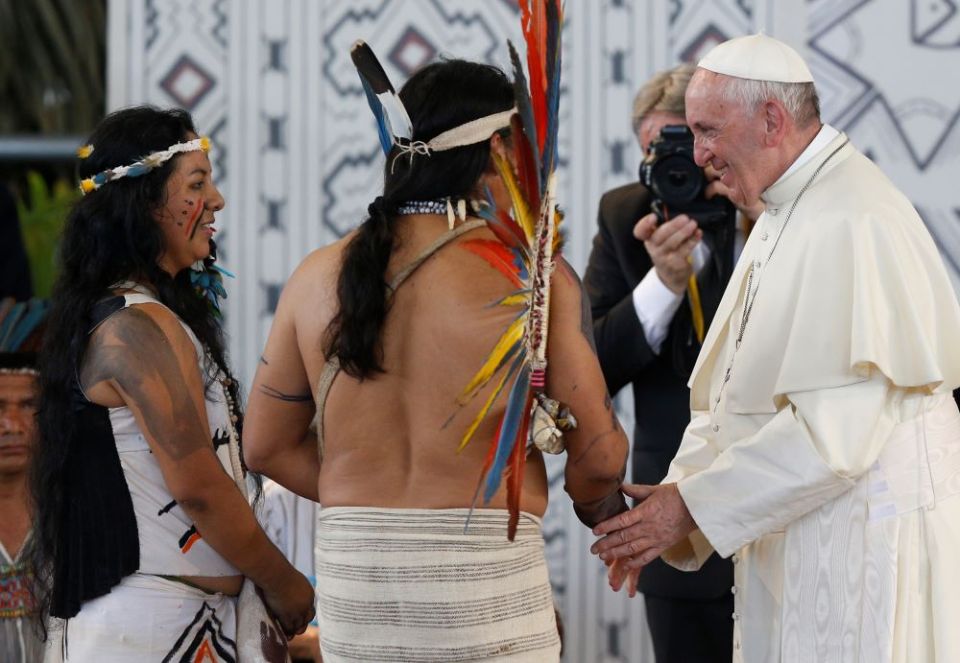 Pope Francis greets people of the Amazon in Puerto Maldonado, Peru, Jan. 19, 2018. Francis asked his audience to hold fast to their traditional practices and to teach the bishops and other church workers. (CNS/Paul Haring)

Francis, in turn, asked his audience to hold fast to their traditional practices and to teach the bishops and other church workers.

"I consider it essential to begin creating institutional expressions of respect, recognition and dialogue with the native peoples, acknowledging and recovering their native cultures, languages, traditions, rights and spirituality," the pope told those gathered in Puerto Maldonado.

"Help your bishops, and help your men and women missionaries, to be one with you, and in this way, by an inclusive dialogue, to shape a Church with an Amazonian face, a Church with a native face," he added, as he announced that a Synod for the Amazon would be held at the Vatican the following year.

The synod — generally, a worldwide meeting of Catholic bishops — and the papal exhortation that followed it, titled Querida Amazonia, were milestones in the development of Francis' understanding of both ecological and Indigenous issues, which are also reflected in his 2015 encyclical "Laudato Si', on Care for Our Common Home."

Patiachi and two other Indigenous women who took part in the October 2019 Synod for the Amazon say there is significant convergence between Francis' view of the relationship between humans and the rest of the natural world and their Indigenous understanding, based on their people's worldview, or cosmovision. Nevertheless, they see areas in which work remains to be done. 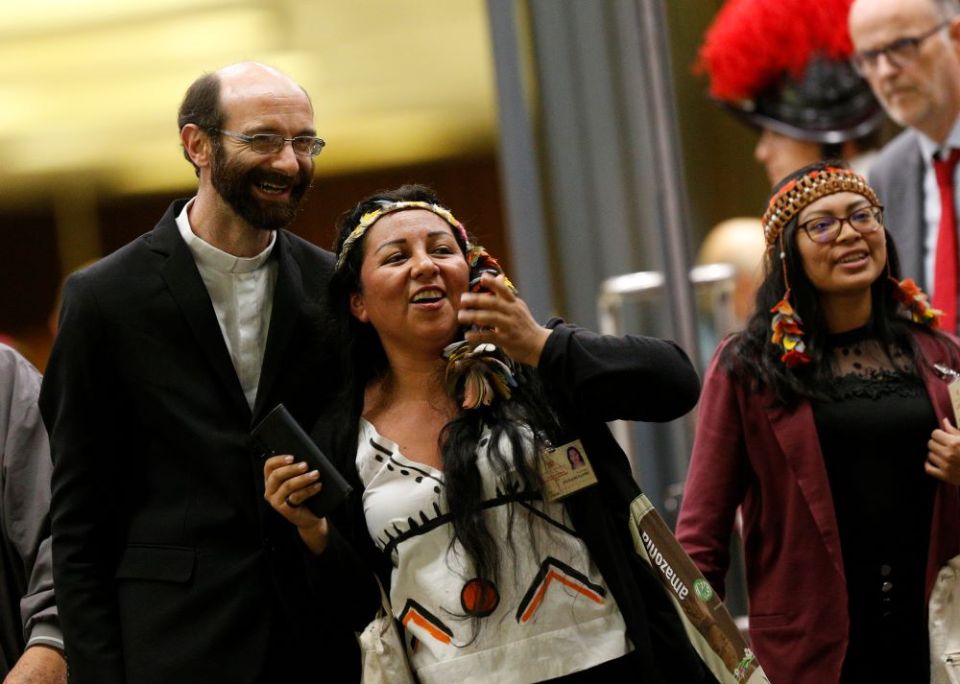 Fr. Dario Bossi, provincial superior of the Comboni Missionaries in Brazil, Patiachi Tayori and Leah Rose Casimero leave the final session of the Synod of Bishops for the Amazon at the Vatican Oct. 26, 2019. (CNS/Paul Haring)

'My people's conception of the world is that we are not the only beings that live here.'
—Yésica Patiachi Tayori

Sitting by a fire one chilly evening in June, near the Madre de Dios River not far from where she first met Francis, Patiachi gave a group of students from the Pontifical Catholic University of Peru a chance to "listen to the voice of creation," as Francis and other Christian leaders have encouraged as the theme of this year's Season of Creation.

Alternating between her native language and Spanish, she told a creation story of her people, recounting how a huge tree had sheltered humans and other animals when the Earth was a molten mass, and how a bird became a human being and stole fire from the devil, who cursed it and turned it permanently into a macaw.

"My people's conception of the world is that we are not the only beings that live here," Patiachi later told EarthBeat. "Although it's true that we have the human appearance, there are other beings. Sometimes we can see them with our physical eyes, sometimes we only have communication through dreams or other manifestations. We are part of a living nature. That's what my grandparents have taught me."

She added, "The forest is alive. There are beings there. It is the home of so many ancestors who live there." 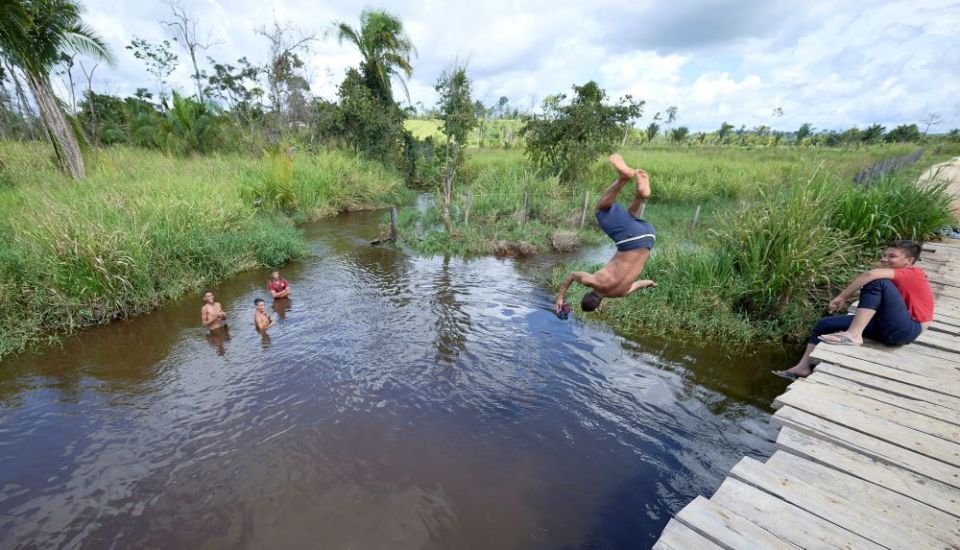 Children jump from a rickety bridge into a river near Anapu, Brazil, March 14, 2019. (CNS/Paul Jeffrey)

In "Laudato Si'," Francis emphasizes the relationship among people and the ecosystems where they live, but he still gives humans a privileged place. For Amazonian Indigenous peoples, however, the distinction is less clear.

When her grandmother prepared a monkey that had been hunted for food, Patiachi said, the older woman told her that the monkey was once a person, and in the spirit world it was still a person. Hunters must treat animals with respect, and in return, the animals, which recognize them as relatives, provide food.

"They are human beings," Patiachi said. "They have other clothes, but they are Arakbut."

But despite that different way of understanding the relationship between humans and the world around them, a key part of Francis' message resonates deeply, said Patiachi, who was recently named a vice president of REPAM, the Pan-Amazonian Ecclesial Network: "We are part of nature. No one has the authority to dominate it." 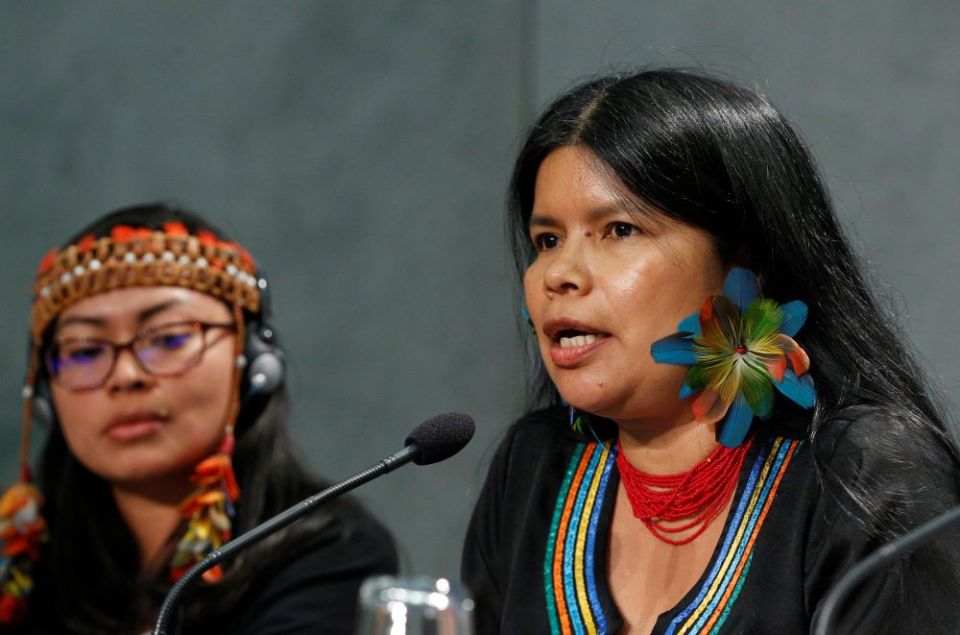 Patricia Gualinga, an indigenous rights defender from Ecuador, speaks at a news conference to discuss the Synod of Bishops for the Amazon at the Vatican Oct. 17, 2019. Also pictured is Leah Rose Casimero, an indigenous representative from Guyana. (CNS/Paul Haring)

Patricia Gualinga, a Kichwa leader from the community of Sarayaku, in Amazonian Ecuador, and the first Indigenous representative to the Ecclesial Conference of the Amazon that was formed after the 2019 Vatican synod, agreed.

"There's a great deal of convergence" between her people's understanding of the world and Francis' view, she said, "in the sense of valuing nature as part of our life, as a very important part of our habitat."

The call to accompany Indigenous people who are fighting to protect their territories was a constant theme at the Amazon synod.

Latin America is one of the most dangerous places for defenders of land and territory, with at least 58 Indigenous people murdered between 2016 and 2021 for defending their rights, according to figures from 11 human rights groups. In 2020, Colombia led the world in murders of Indigenous and non-Indigenous defenders of the environment and Indigenous territories, according to the nonprofit watchdog Global Witness.

A new report by the Brazilian bishops' Indigenous Missionary Council documents an increase in 2021 in land grabs and other violence involving Indigenous communities in that country, including 176 murders and 148 suicides. 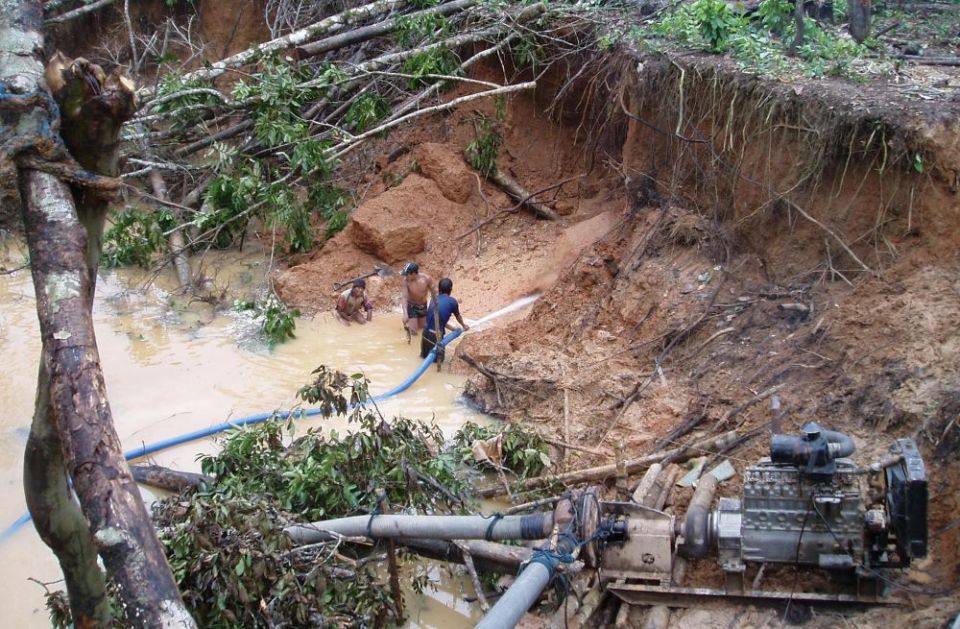 Miners use high-pressure hoses to blast away soil in order to sluice it for gold in Puerto Maldonado, Peru, in March 2006. A new report documents an increase in violence and land grabs in 2021. (CNS/Xavier Arbex)

The church must also avoid placing humans apart from the natural world, seeing nature as something to be protected, without considering the struggles of the people who live there, Gualinga said. "That would be incomplete, and there wouldn't be the strength to struggle," she added.

Tania Ávila, a Quechua theologian from Cochabamba, Bolivia, questions the constant references to "the poor" in documents like Laudato Si' and Querida Amazonia.

"It's a little contradictory, because [Francis] says we have to learn from [Indigenous] cosmovisions, from their way of conceiving the world, but Indigenous peoples haven't been asked if they feel poor. And when they are asked, many times representatives, especially women, say no," she added. "Yes, there is economic poverty, economic precariousness, but there's not a rethinking of what poverty means."

The call for Catholics to make a "preferential option for the poor" implies that the church is rich, while others are poor, Ávila said. "When you exercise power over the other, you can make an option for the other, because you are placing yourself above them."

Documents like Laudato Si' and Querida Amazonia lay the foundation, Gualinga said, but added, "There's still much work to be done."

"An effort has been made to move forward, but we know these things have to be applied on the ground, and more progress is needed," she said.

EarthBeat | 'We are part of a living nature': Parallels in pope's, Indigenous views of humanity's relationship with creation