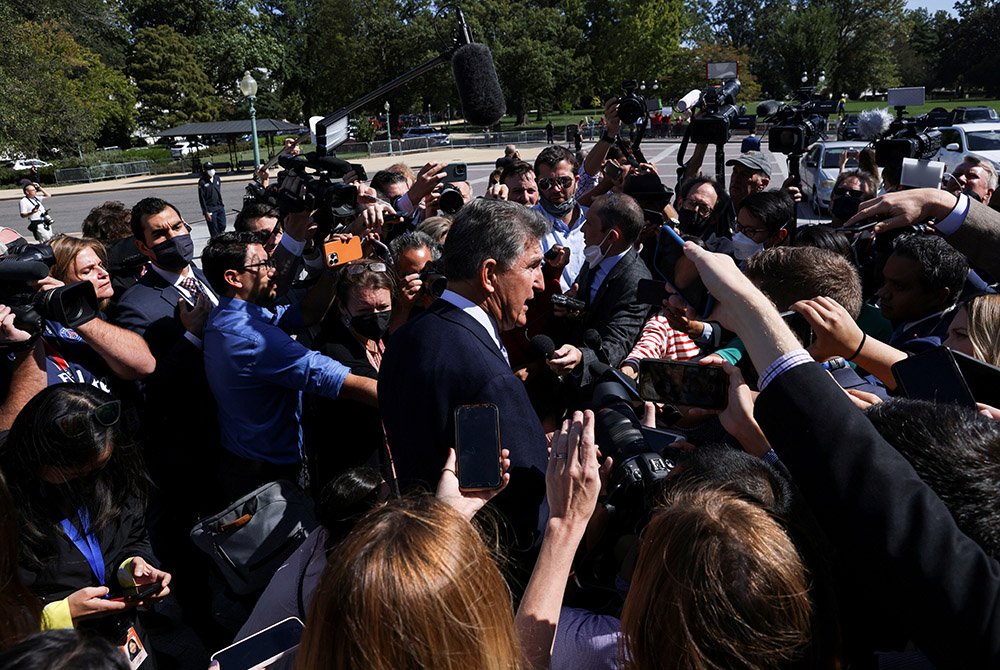 We, in West Virginia, are no strangers to the effects of climate change.

In White Sulphur Springs, a flash flood hit on June 23, 2016, leaving a sickening amount of devastation. Twenty-three people lost their lives. Burning homes, still occupied by their residents, were swept off their foundations. Fifteen hundred homes were destroyed. The town's water system — the primary water main — was washed out. Fifty million dollars' worth of roads and bridges disappeared. According to a story in The Washington Post a year later, the flood was referred to as a "1,000-year flood."

In Huntington just this past summer, flooding caused extensive street, building and viaduct damage. Some of Marshall University's buildings sustained significant damage. And this came only months after February ice storms crippled the area's electric grid, leaving homes in many neighborhoods without power for several weeks during some of the coldest weather of the winter. Variations of these stories can be heard throughout the state.

We will have more of this kind of severe weather that negatively impacts our local and state economies if we continue to ignore the need for immediate, strong action to reduce greenhouse gas emissions.

Our U.S. senator, Joe Manchin, is in a position to initiate that action.

He has become the center of the political universe in recent months during discussions and debates over the bipartisan infrastructure bill and the Build Back Better Act. A major pillar of that legislation is making bold climate investments that match the scale of the climate crisis and our communities' needs.

Many West Virginia faith-based institutions and their members would benefit from the provisions of both the infrastructure and the Build Back Better bills. The energy efficiency incentives and provisions in the latter would directly benefit many West Virginians who are likely to see even higher electric rates soon, thanks to a rate increase pending before our Public Service Commission from AEP, our state's largest electric utility.

Job creation from increased energy efficiency measures could be an important economic bridge in the inevitable transition away from fossil fuels as our primary energy source provider. Yes, we believe that transition is inevitable! We — in West Virginia — need to embrace a transition to truly renewable sources of energy, instead of relying on fossil fuels for the foreseeable future. Our children's and grandchildren's future truly depends on this.

Pope Francis, in his 2020 message for the World Day of Prayer for the Care of Creation, stated "Our constant demand for growth and an endless cycle of production and consumption are exhausting the natural world. Forests are leached, topsoil erodes, fields fail, deserts advance, seas acidify and storms intensify. Creation is groaning!"

We were recently moved when the pope convened a meeting of faith leaders and scientists on climate change, and heard from one of the scientists a plea to take all possible actions to reduce greenhouse gas emissions on behalf of that scientist's newborn granddaughter, among other young people, whom he said will have to live in "a largely uninhabitable world" as they grow up if that action isn't taken now.

We ask Sen. Manchin, a Catholic, to listen to his own faith community's leading voice and support all the provisions of the infrastructure bill and the Build Back Better Act — for the good of all West Virginians. We encourage him to endorse the renewable energy-based Clean Energy Performance Plan, a proposal that should not include natural gas byproducts like methane or blue hydrogen.

West Virginia needs and deserves this kind of economic assistance. It is NOT a handout. As the center of the Appalachian coal fields, we have earned all that could potentially benefit us in this plan.

The mission of WV Interfaith Power & Light is to be faithful stewards of creation by responding to climate change through the promotion of energy conservation, energy efficiency, and renewable energy.