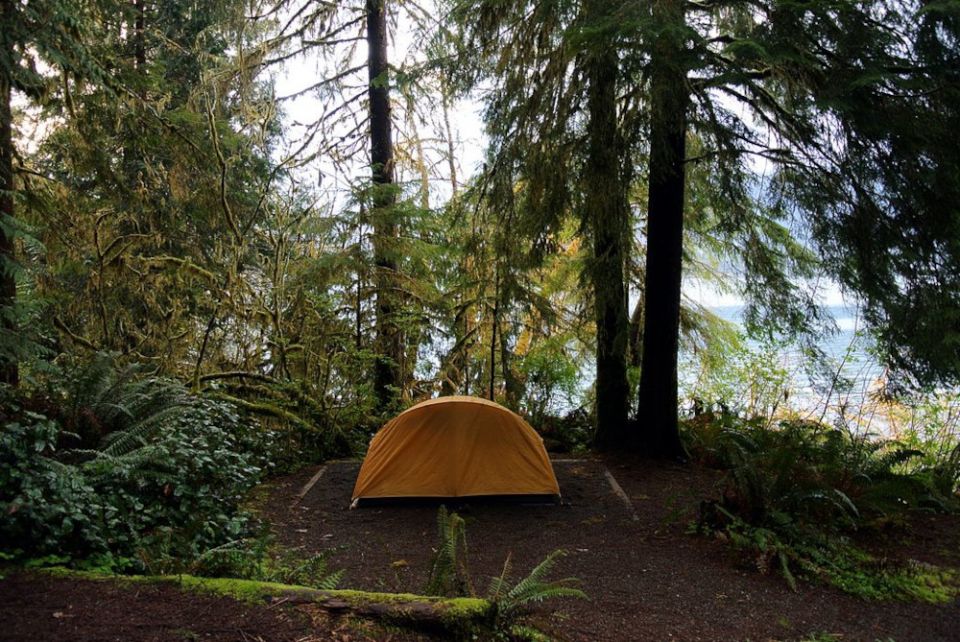 At first glance, everything in the Quinault rainforest on that early July day was exactly as it should be: mild and wet, 60 degrees, with a layer of pale gray clouds forming a high ceiling above the emerald forest. Droplets of last night's rain beaded on the leaves, sparkling like jewels.

My friend Squash and her girlfriend, Amanda, who were visiting from San Francisco, gaped at the towering Sitka spruces and shoulder-high sword ferns as we walked along the East Fork Quinault River trail. We were camping on the Olympic Peninsula in Washington, where over 11 feet of rain falls each year, sustaining a sprawling temperate jungle.

All three of us were taking in new sights walking along that trail. My friends soaked in the lush green landscape, shrubs sprouting from tree trunks 20 feet in the air, while my attention returned over and over to fresh wounds.

The week before, I'd been on this trail when a heatwave rolled through the region and temperatures in the valley topped 110 degrees Fahrenheit, turning my brain to scrambled eggs. Now, the heat wave's marks were impossible to overlook: The whole forest was visibly singed. After living and working here for the past year, I had come to love this place in the way I usually reserve for people; every torched maidenhair fern felt like a wounded friend.

I pointed some of the damage out to Squash and Amanda, stopping to brush a fingertip across a false lily-of-the-valley's usually glossy leaf, burnt to a pale brown crisp. But mostly I kept quiet. They were practically skipping down the trail, and I didn't want to diminish their delight in this magical woodland, a feeling I'd had so often myself.

"This place is incredible," Squash said, looking over her shoulder at me as we walked. Amanda poked at a log covered with moss as thick as shag carpet.

Then, surrounded by dense greenery interspersed with swaths of the brown, shriveled wreckage of a climate change-driven heatwave, we discussed having children. Really.

It came up because Amanda was about to start nursing school for midwifery. "Do you want kids yourself?" I asked her. Yes. Definitely. Squash did, too.

I didn't follow up with "What about climate change?" as I have done with other friends who want children. Instead, I allowed the conversation to move on to other topics. Watching the two of them sashay across a log bridge a few minutes later, I was glad I hadn't said anything. They didn't see the signs of escalating environmental crises in this landscape, a barrage of reminders that the Quinault rainforest, and the world, will be very different in only a few decades. Instead, they saw plate-sized mushrooms growing on tree trunks and lichen dripping from branches like tattered birthday streamers. 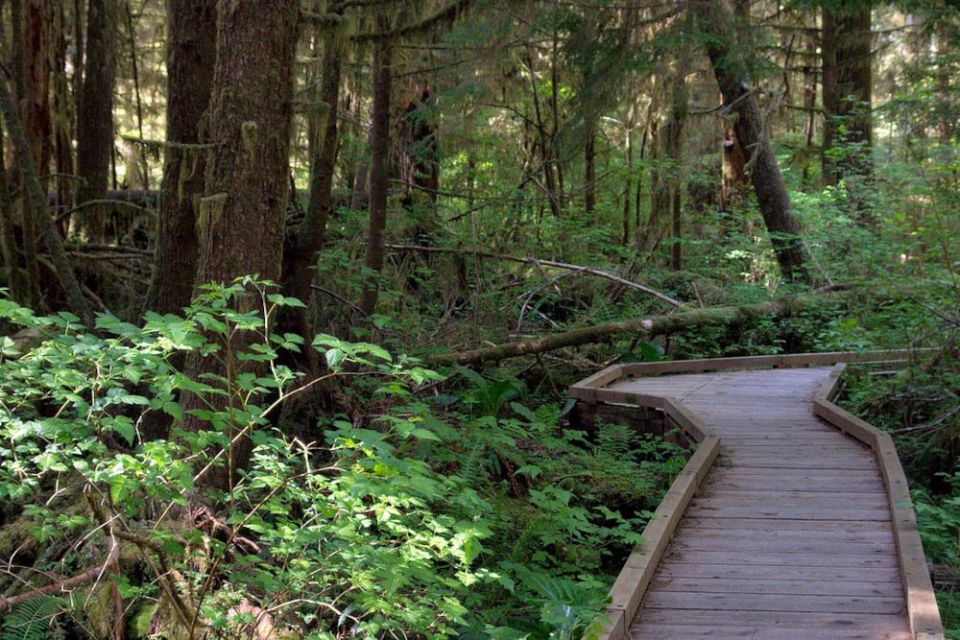 A boardwalk through the Quinault Rainforest. (Wikimedia Commons/KimonBerlin/CC BY-SA 2.0, https://creativecommons.org/licenses/by-sa/2.0)

But the world is on fire. We were walking through a scorched rainforest; I could still see the air as it had appeared a few days earlier, shimmering with moisture evaporating from the forest floor in temperatures surpassing what the water-soaked life here was made to endure. As for me, I can't think about having kids without thinking of the mass extinctions and increasingly frequent extreme weather events forecasted for the coming century, and how our planet's rapidly changing climate threatens the stability of civilization itself. How can one bring children into such a world?

And yet, what a staggering question to be asking. Regardless of how I might choose to answer it, even to hesitate to have children, not because of my personal needs or desires but because of the kind of world they'd face, seemed profoundly unnatural to me. It's like doubting whether it's right for plants to photosynthesize, or rivers to run downhill.

But it's equally dissonant to imagine a world where natural wonders inspire grief instead of awe. Violent struggles over dwindling resources are a frightening prospect; raising a child who could never traipse through the Quinault rainforest, searching for fairies behind toadstools, is a heartbreaking one. 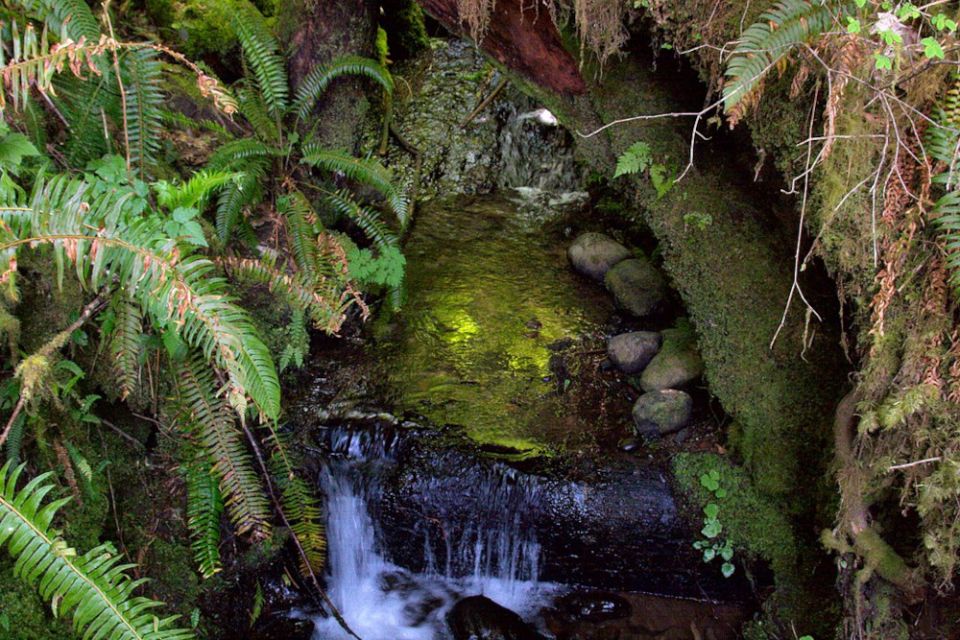 And yet, Squash and Amanda's company that day presented a different but equally undeniable fact. Young, generous, bubbling over with happiness — their palpable love for one another colored any hypothetical future, even if, having been together less than a year, neither mentioned building a family specifically with the other. But together they made another truth seem obvious: People who love one another and want to grow their family should do so. Love begets love.

And life begets life. Plants flower; wood grouse call to mates with a barely audible thwum; salmon make their annual journey upstream to hereditary spawning grounds. From an evolutionary standpoint, the entire reason for living is to create more life.

But I struggle to see how that can be the case now, in this world where glossy-needled hemlock saplings grow mere feet from brown patches beneath gaps in the tree canopy, where delicate moss roasted under direct sunlight during those sweltering days.

This dramatically changing climate is the context of our time, and whether we acknowledge it or not, we will all spend the rest of our lives within the questions it raises. Beyond the choice to have children, what would it mean to live well through the losses foretold by this newly scarred landscape?

As we turned back to camp, I savored the smell of the forest, like the sharp perfume of playground wood chips released by summer rain. Walking with my hands outstretched, I relaxed into its familiar touch: the gritty scratch of sword ferns, huckleberry leaves' featherlike caress, the gentle prick of salmonberry stalks, interrupted now and then by the brittle scrape of gnarled, dead fronds and leaves. I didn't find any answers that day, but each brown, shriveled plant stalk framed by green needles — the death all around us and the life that remained — kept me asking.

Perspective | What does it mean to live well on an overheating planet?