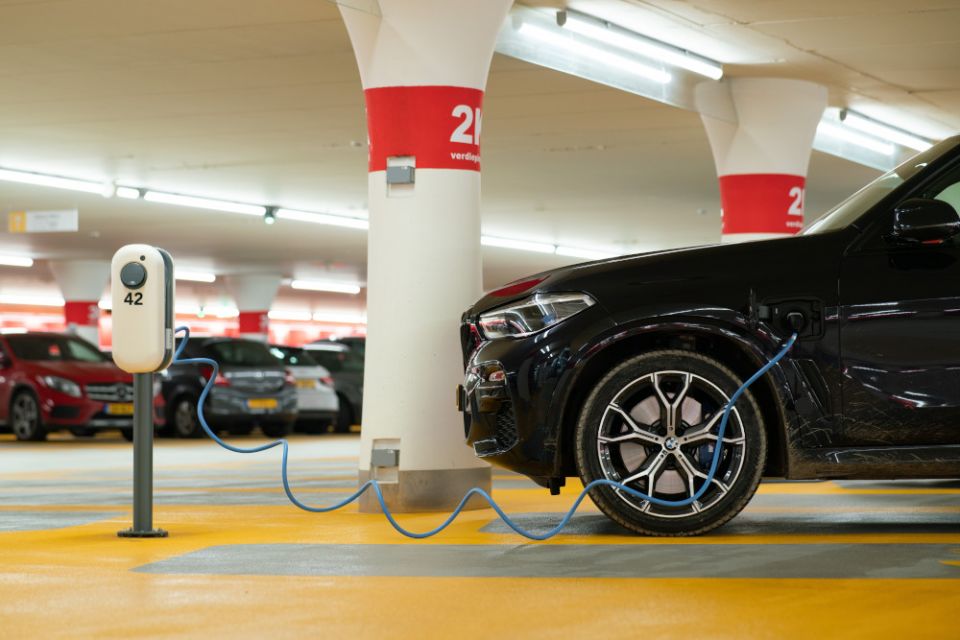 California is expected to need more than 1.2 million chargers by 2030 to meet the fueling demands of the 7.5 million electric vehicles anticipated to be on California roads. (Unsplash/Michael Fousert)

Editor's Note: This story originally appeared in Capital & Main and is part of Covering Climate Now, a global journalism collaboration strengthening coverage of the climate story.

When Chevrolet debuted the Volt, a plug-in hybrid, back in 2011, Brett Beard began installing chargers in the homes of Southern California's electric vehicle early adopters. It was a niche group. "We were in movie stars' garages," remembers Beard.

Now the state is expected to need more than 1.2 million chargers by 2030 to meet the fueling demands of the 7.5 million electric vehicles anticipated to be on California roads, according to the California Energy Commission. The work of building out California's EV charging infrastructure has become essential to meeting the state's climate goals and to alleviating the "range anxiety" of a broader public traversing the state in their battery-powered cars.

The hundreds of millions of state and federal dollars budgeted to create that infrastructure also represent jobs for the union electricians at Beard's Santa Fe Springs contracting company, as well as thousands of electrical workers across the state. In the next eight years, according to one estimate, 2,609 California electrical workers, or 6.8% of the existing electrical workforce, will be employed in installing EV chargers.

With this sudden boost in spending, labor and environmental advocates have been working to pair public investment in EV infrastructure with training standards as a way to ensure the quality of the work and high road jobs. Assembly Bill 841, sponsored by California Assemblyman Phil Ting in 2020, requires at least a quarter of certified electricians on publicly funded or authorized projects to have participated in an 18-hour course, known as the Electric Vehicle Infrastructure Training Program (EVITP). The skills requirement represents a broader effort by labor advocates to attach credentialing standards to jobs related to climate investment.

Beard took part in the early version of EVITP back in 2012. It was invaluable instruction at a time when the technology was little understood by his colleagues. "Electricians have pickup trucks," he points out. "They don't have electric vehicles."

Beard has since taken the class several times more as the technology has evolved. He and other supporters of the requirement say it is necessary to ensure that vehicle charging is both safe and reliable. Beard is watching the move to electrify heavy-duty trucks and school buses, as well as the development of "bidirectional" charging that allows car batteries to send electricity back to the grid. Charging stations with as many as 20 dispensers all powered by one large charger are on the horizon. "So you're talking about a huge voltage," similar to a battery storage system, says Beard.  As increasing power demands are placed on the charging infrastructure, "Having the EVITP is going to save lives," he adds.

The requirement that at least a quarter of electricians on publicly funded jobs take an online class at a cost of $275 may seem like an uncontroversial proposition. But not everyone is enthusiastic. The Electric Vehicle Charging Association (EVCA), an industry group that represents companies like ChargePoint, initially opposed the requirement before withdrawing its opposition in 2020. Reed Addis, manager of EVCA, says his members remain "cranky" about the obligation placed on them. "We don't know of shoddy electrical work or shoddy installation work that would require this. So from our perspective, it was like, where's the impetus for this policy?"

'Having the [Electric Vehicle Infrastructure Training Program] is going to save lives.'

The EVITP was launched in 2012 after a series of reports of electric cars catching fire. Some of those fires originated in the vehicle, but others started in the electrical systems of the buildings where cars were charging, leading to a recognition by the auto manufacturers that the electricians who were installing charging stations needed better training, according to Bernie Kotlier, national co-chair of EVITP. Based in Michigan, the nonprofit that runs the training program is guided by electrical contractors, electricians, first responders, utilities, electric vehicle makers, EV charging manufacturers and others.

Kotlier says there is no central repository of code violations, electrocutions, fires or deaths related to installation errors. Still, over the years, there have been scattered press reports of fires that have broken out while cars were charging that have not been battery-related.

In 2020, a child suffered minor injuries after a fire erupted in a Cerritos, California, garage where a Tesla was charging; it was thought to be related to the home's aluminum wiring. In 2019, a fire erupted in San Antonio, Texas, due to an overloaded electrical system. Such press reports about fires connected to electrical vehicles, however rare, also set back the industry, says Kotlier, who is also an executive director on the Labor Management Cooperation Committee of IBEW and the National Electrical Contractors Association (NECA) California & Nevada. He says there are 2,300 EVITP-certified electricians across California, already enough to meet the state's infrastructure goals. 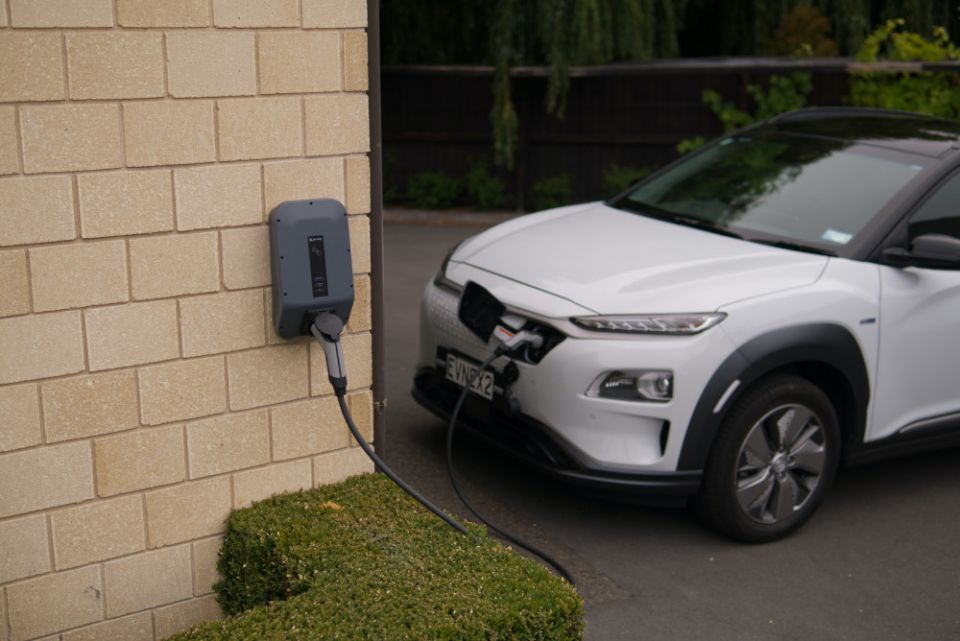 The EVITP program is supported by the 750,000-member International Brotherhood of Electrical Workers, though it is not a union program. Kotlier is keen to point out that participants need only be state-certified electricians to be eligible for an EVITP certification. There are other pathways to become certified besides the union's apprenticeship programs.

Yet some supporters see the EVITP requirement as a way to maintain job quality standards at a time when the move away from fossil fuels could cost middle-class jobs at refineries, power plants and in the auto industry. The goal should be to show "that the clean economy is better than the dirty economy that we have," said Marc Boom, director of federal affairs at the Natural Resources Defense Council. "That transition is not going to be complete until there are good, high-quality jobs that come along with it."

The national environmental group joined the electricians' union in February in urging Congress to include an EVITP certification requirement in the Build Back Better Act. The Biden administration is recommending the program as a way to ensure "safe and high quality" workmanship under the bipartisan infrastructure bill, which is expected to fund 500,000 EV charging stations nationwide at a cost of $7.5 billion.

'Because they've picked this particular program, given it a monopoly, you're not going to see as many people of color being able to participate and get that type of training.'

Carol Zabin, an economist with the UC Berkeley Labor Center's Green Economy Program, explains it this way. The EVITP program is "basically building on the state-certified apprenticeship system," an earn-while-you-learn workforce training system that combines classroom training with years of on-the-job training. "Certification can really support good wages, and it does identify skills that help employers know what they're hiring," says Zabin.

But EVCA's Addis sees the EVITP requirement as "elitist" and costly at a time when the industry is trying to make electric cars as affordable as possible. "Because they've picked this particular program, given it a monopoly, you're not going to see as many people of color being able to participate and get that type of training," says Addis, who complained the test is hard to access for those in rural areas.

There is no data available about the demographics of EVITP-certified electricians in California, according to the California Energy Commission. The CEC has recently partnered with California community colleges to offer EVITP exams in rural areas of the state. Previously, the test was offered only in the Bay Area and Los Angeles. 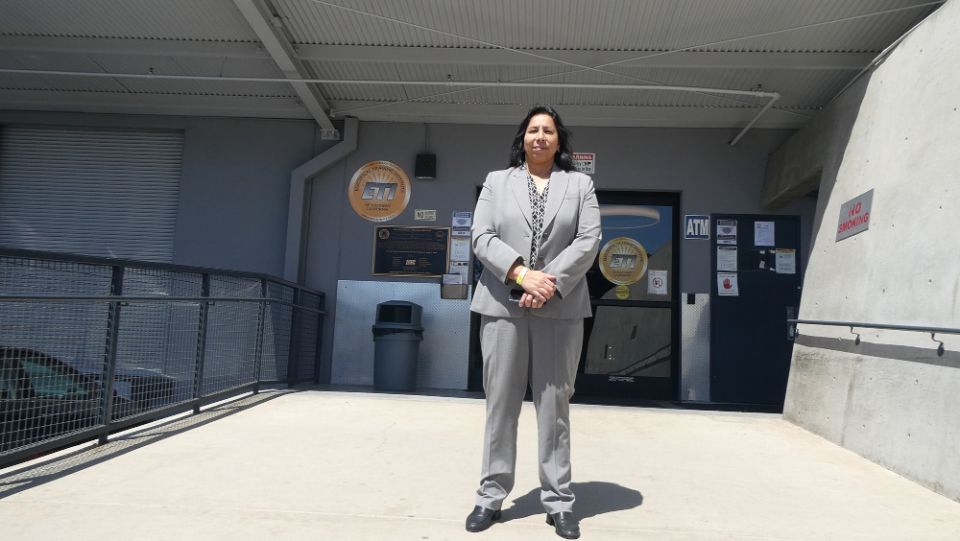 Diana Limon is the training director for the largest school for electricians in the nation: the Electrical Training Institute of Southern California in Commerce, California. (Capital & Main)

Diana Limon, dressed in a pale gray suit, is businesslike and direct. She's the training director for the largest school for electricians in the nation: the Electrical Training Institute of Southern California (ETI) in Commerce, California. The facility is jointly run by NECA and IBEW Local 11, whose jurisdiction covers auto-centric L.A. County. (Note: IBEW Local 11 is a financial supporter of this website.) The apprentices at ETI look a lot like the county, except there are more Latinos and fewer whites and Asian and Pacific Islanders. The current class of about 1,900 is 69% Latino, 9% Black, 4% Asian and Pacific Islander and 17% white. About 125 IBEW apprentices completed the EVITP program last year.  They will receive their EVITP credential once the state fully certifies them as electricians.

"I think for us it's always about raising the standards," Limon says of EVITP.  "When we do something wrong, people can be shocked, they can be electrocuted, or somebody else can be injured as a result of that, or there could be fire. So public safety is important to us and the safety of our members is important to us."

The Electrical Training Institute is located in the solar and battery-powered building where Frank de Leon apprenticed as an electrician beginning in 2004. He said he first learned about the possibility of becoming an electrician through the union's 2nd Call program, which sends members into the prisons to do outreach. "The union electrician job was like a dream come true for me," says de Leon, who thinks his basic math and interview skills helped him land the apprenticeship.

Now he's an EVITP-certified foreman with a union electrical contractor that specializes in EV charging. He says he will soon be installing 40 chargers at Chuckawalla Valley State Prison in Riverside County, where he was confined for 25 months in the late 1990s.