The evolution of the committed life in the 21st century 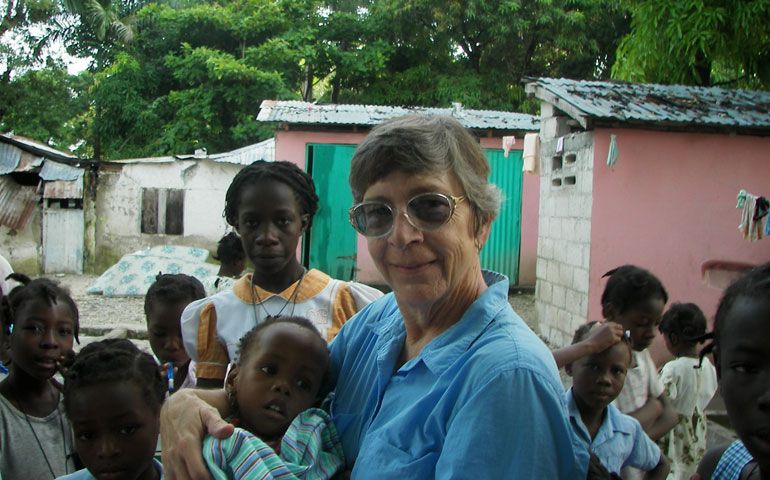 In Catholic circles these days, discussions of the future of religious life for women are often accompanied by groans, sighs and laments. Young women are not entering, communities are aging and some communities may cease to exist in the next 20 to 30 years. Conversations sometimes turn into nostalgia for the "good old days," when novitiates were full to overflowing and candidates were knocking at the door.

That used to be my attitude. I often worried that religious life, to which I feel personally called, might be dead in the next couple decades. But now, I'm convinced that I was asking the wrong questions and that nostalgia for the good old days is probably a waste of energy.

Maybe the model of "committed life" we've been living is evolving, and needs to evolve, as it already has since the days of the desert mothers and fathers. So I set out to explore new models of commitment.

I want to be clear, however: I am not writing off religious life as we have known it. Although it is apparently attractive to fewer young women these days, it will most likely continue, albeit with lower numbers. It is good to remind ourselves that the numbers entering religious life today are much like they were in the 1930s. The large surge in vocations followed World War II. Who knows when the next surge will come?

I use the phrase "committed life" quite purposely. It speaks to a life commitment beyond the requirements of baptism, but it does not necessarily encompass the three vows -- poverty, chastity and obedience -- that are at the heart of religious life.

One incident that got me thinking about this was a meeting about co-membership in the Loretto Community, my religious community. In late 2012, Martha Alderson, who was then coordinating our co-membership program, commented that she had so many candidates applying to be co-members, she was stretched for time! She was flooded with work responding to requests for information and managing the co-membership process for those who had already begun their journeys.

That struck me like a bolt of lightning. Maybe there's a message here, a "sign of the times" in the sense meant by the Second Vatican Council.

Co-membership in Loretto began in 1970 and, even then, our president at the time, Helen Sanders, insisted that these new members be called co-members, not associates. The vision took time to develop, but after 42 years, those seeds are bearing fruit.

In the first few years, most co-members were former vowed members who had left the community to marry -- or for other reasons -- but wanted to stay in contact and participate to some degree. Many co-members have often been, and still are, people whom we know and work with in schools or justice ministries.

But today, co-membership is growing more diverse. Current co-members are recruiting new co-members. Although most are age 50 and up, some are in their 20s or 30s. More are married couples. Some have less direct connections with us than those who first shaped the program. We have a couple priests, and we were proud to count Bishop Charles Buswell of Pueblo, Colo., as a co-member before he passed away.

In an age when so few show interest in traditional vowed membership, why is our co-membership program taking off? Why is it attractive to so many people?

It's not because it's easy. In Loretto, co-members are not just a layperson's auxiliary or a paper membership group. Being a co-member requires real commitment, and the process of becoming a co-member takes about two years on average.

Many focus on the universal ministry of Loretto: "We work for justice and act for peace." In my experience, it is that thrust, that charism -- as well as the desire to be part of a like-minded community and its spirituality -- that attracts most co-members. In fact, I have often thought that if we had a common vow for all members, that would be the essence of it: "to work for justice and act for peace."

Co-members, of course, do not have the three traditional vows, but they develop and publicly promise their own commitments.

Whatever their stated promises, co-members are welcomed into the heart of the community, where they participate in community groups (the basic community units), assemblies, liturgies and celebrations.

Co-members serve on committees, sometimes take staff positions and can be elected to the Forum, a leadership group that meets regularly to offer evaluations, advice and recommendations on noncanonical matters. (They are not, however, shy about offering their views on any issue.)

Co-members include men and women, married or single, gay or straight, Catholics and those of other faith traditions who resonate with the spirit of Loretto. At this point, co-members slightly outnumber vowed members. In my own community group, there are 14 co-members, including, as of 2013, three married couples.

Examples of co-members' commitments to justice and peace are legion. One co-member spent years working with victims of torture. Another joined an interfaith delegation to Vietnam to investigate the lingering effects of Agent Orange in that country. One co-member coordinated our volunteer program for years, while her husband, also a co-member, has contributed strongly to the development and use of Internet technology in the community. Still others facilitate meetings, coordinate the office of our nongovernmental organization at the United Nations, and organize "border experiences" to help us understand the plight of immigrants.

Some co-members work overseas with poor people: in Haiti, Guatemala and Nicaragua. Still others live at the motherhouse, where they promote ecological living and coordinate Cedars of Peace, a group of cottages that are used by people seeking prayerful solitude for a few weeks or months.

The long and short of it is this: Co-membership is a form of the committed life. It's not "religious life," but it is a real form of commitment nonetheless, and I am confident it will continue to evolve.

Co-membership in Loretto is just one example of what is possible in the contemporary church if we take off old blinders and let our spiritual imaginations soar.

And we need to be clear about one thing: Religious life and forms of the committed life have always evolved in the history of the church. Think about the desert fathers and mothers in early centuries who struggled to develop a type of committed Christian life long before formal religious life took shape. Consider the early Benedictines, who believed that stability in one monastery was part of a religious commitment. And then remember the mendicant Franciscans and Dominicans, who rejected stability so they could move about, beg for their needs, mingle with the poor, and preach the word.

Recall the struggles of women religious who sought to get out of the cloister and engage in active ministries with the poor and oppressed in the 17th, 18th and 19th centuries. Remember the development of secular institutes, and groups like the Grail. Think about the Catholic Worker Houses where members live simply and nonviolently, serve the poor and work for peace, even risking arrest and jail in their protests. The evolution of the committed life is nothing new. It's always evolving and it will continue to evolve -- if we just "dance with the Spirit!"

Next: Fiedler re-examines the three traditional vows of religious life in light of the 21st century.

Perspective | The evolution of the committed life in the 21st century

US bishops to choose culture war or communion in Baltimore

Francis invites change, but we are the change

When I grow up