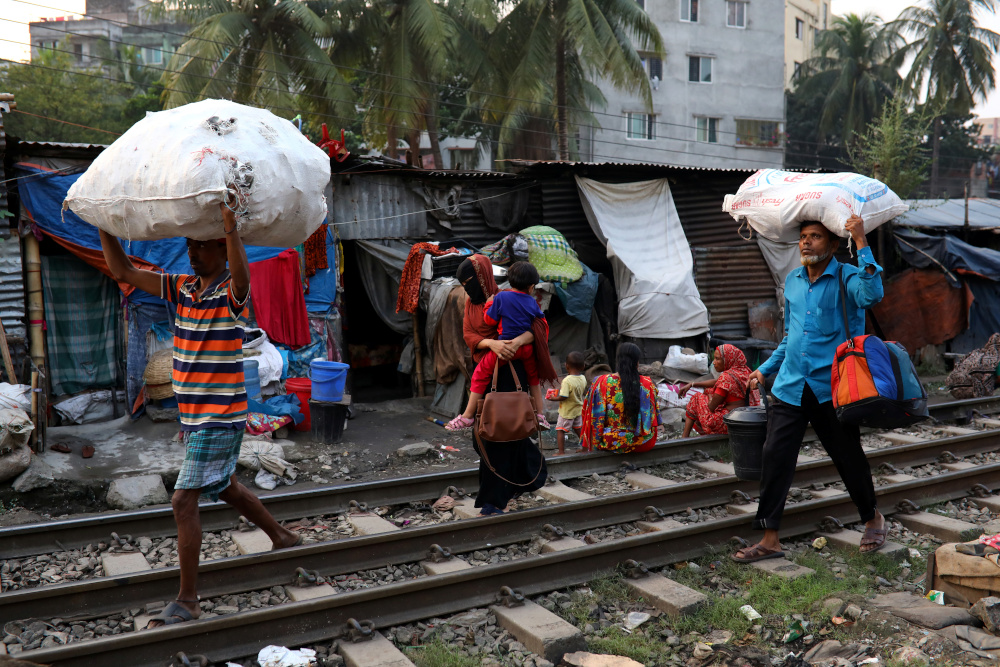 People in Dhaka, Bangladesh, walk along a railroad with their belongings Oct. 30. (CNS/Reuters/Mohammad Ponir Hossain)

Editor's note: For many years, Maryknoll Fr. Bob McCahill has been sending an annual letter to friends at Christmastime, chronicling his experience living among the people of Bangladesh. Since 1984, NCR has published his annual letter in the Christmas issue. The following is an edited version of his 2019 letter.

In Nagarpara's bazaar, I visited all five of the medicine stores. After introducing myself to the owners, I spoke about children I hope to help: children of poor families, up to age 15, in need of professional treatment. I requested the druggists' help in identifying such youth. At all of my stops, men gathered. Some had already heard me explain my purpose during prior visits, but they wanted to hear it again, so uncommon is it for an outsider to make such an offer. Many folks are surprised to see and hear a foreigner. In such places, I resemble a sideshow.

Nine days after 2-year-old Nim's death in a Dhaka hospital, I bicycled to her village. Her parents, Rani and Belayet, were there, as was Nim's grandfather who scornfully blamed me for his granddaughter's death. Both parents spoke up with feeling in my defense. Belayet walked with me to his daughter's grave and I prayed there silently. When I left, the accusing grandfather was willing to shake my hand. Temporarily, I had received blame for failure to save the tyke. Still, we want always to attempt to be helpful, even for difficult conditions.

On a slow day, an event that made it seem well worthwhile occurred at my neighbor's compound when I handed two empty but attractively shaped glass jars to little Fahim's mother. How pleased the jars made her and her family. She gained lovely storage jars for spices and I collected smiles.

As I sat sipping in Jamal's tea stall, I noticed a skinny, barefooted teenager wearing a torn polo shirt sitting at the end of a bench. He smiled shyly but said nothing. As a favor to the youth, the owner let him sit among paying customers. The villager beside me was eating bread from which he quietly tore a piece and shared it with the boy. Eagerly, the gift was accepted. That morning was made beautiful to me by the sight of an unshaven field worker who gave half of his snack to a hungry kid.

Amin, a tricycle van puller, came to seek my help. He has four children. Rasel, the boy, is age 7. He refuses to obey his father's orders, runs away at will, and throws off his clothes even in wintertime. When Rasel spat on me, his father was quick to wipe dry my pantleg while uttering soothing words to his son. The patience of father Amin with his son Rasel so impressed me. How fortunate are the families having healthy children.

In a village eatery, I began my breakfast by saying grace. Seated across from me was a devout old-timer. He was bothered by the sign of the cross I made before and after silent prayer. "No need for that," said he as he pantomimed my sign of the cross with a careless flourish. "Oh yes there is," I disagreed, "because it is my Christian prayer before receiving Allah's gift of food."

Noor Islam, sitting beside me, was more understanding saying, "I believe all prayers are good."

Occasionally, a child will run his or her hand along my reddish, sunburned forearms and through a fascinating thicket of white hairs. I do not deliberately invite such stroking, but I do realize it is a normal reaction for Bangladeshi children (but not only for children). They feel the need to explore and examine every puzzle.

On my way back home after visiting Goshairhat, a friendly motorcyclist on a large and lovely new white Suzuki hollered my name and waved merrily while passing me. One moment later, I heard a crash. The expensive machine lay on its side with its first scratches. My friend had a few scratches too. We retrieved his cycle from the bank of a flooded field. Close call. When one meets a friend on a village road in Bangladesh, it is probably best only to smile at him. 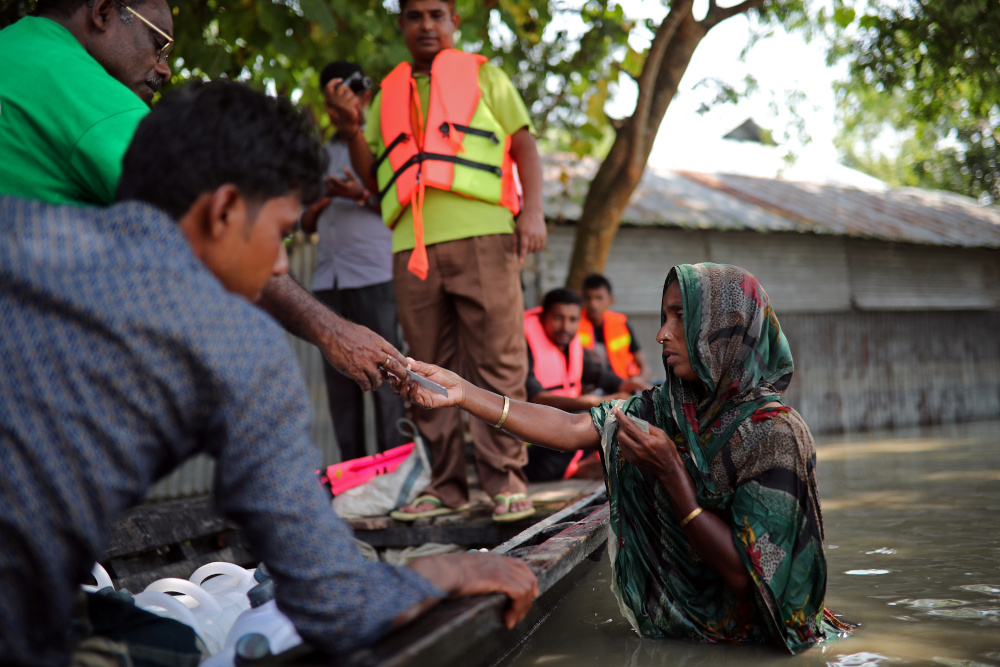 Not long ago, I left that district, Shariatpur, where I had lived during the previous three years. "To other towns I must go," he said, so now I am starting over, once more, in a new area. Chandpur district is my 13th mission since 1975. I see no Christians here. Muslims and Hindus account for, perhaps, 90% and 10% of the population, respectively. We shall get to know and appreciate one another, God willing.

Pope Francis recently quoted Pope Paul VI: "If we want to be pastors, fathers and teachers, we must also act as brothers. Dialogue thrives on friendship, and most especially on service." A more fitting declaration about our mission among Muslims would be hard to find.

A version of this story appeared in the Dec 13-26, 2019 print issue under the headline: Friendship and service.