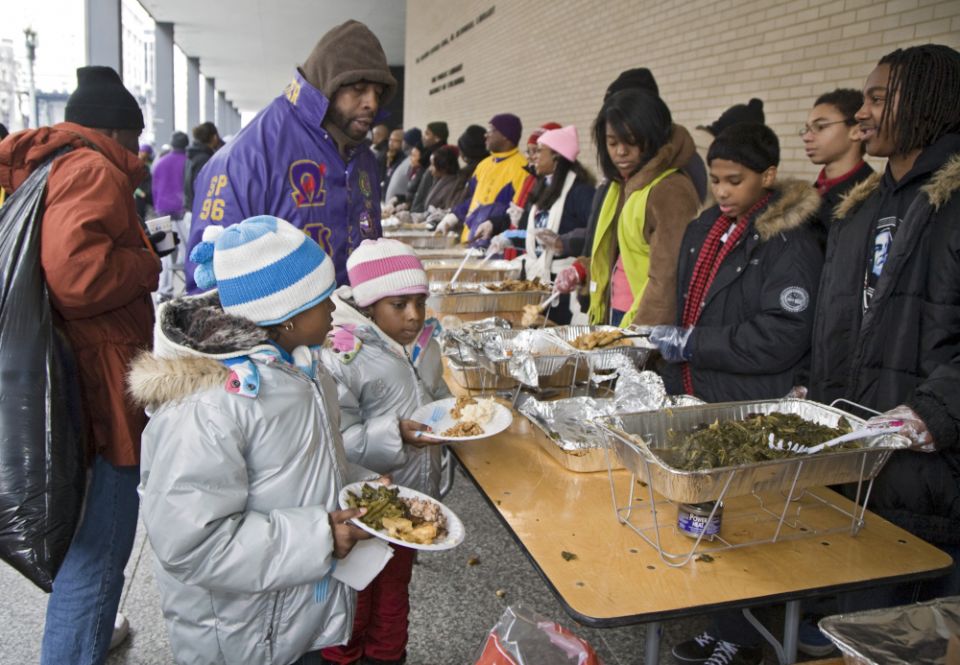 Washington — Fifty years ago, the White House sponsored a Dec. 2-4 conference on food, nutrition and health designed to set the groundwork for a national nutrition policy and to advise President Richard Nixon on the best ways to eliminate hunger and malnutrition in the United States.

The conference succeeded in initiating policies to improve school lunch programs and nutrition education and to give more consumer protection – which led to the nutritional labeling food buyers are now accustomed to.

The conference also helped develop the Women, Infants and Children program, which offers supplemental food assistance to low-income pregnant women and mothers and their children up to age 5, and it paved the way for the first major expansion of the Supplemental Nutrition Assistance Program, which helps low-income individuals and families buy food.

Fast forward 50 years and food policy advocates still have a lot on their plates, so to speak, in efforts to address food insecurities across the country as well as growing food-related epidemics of diabetes and obesity. They also want to ensure policies that took shape 50 years ago do not face pending cuts proposed by President Donald Trump's administration.

Panelists at a Capitol Hill gathering Oct. 30 marked the White House food conference's anniversary and discussed ways to move forward. Even though Americans are not besieged by scurvy, they said, nor are there constant images of children with extended bellies from starvation, the overall lack of access to healthy food and good nutrition remains a major issue.

The event, which offered healthy snacks and water, was sponsored by the Friedman School of Nutrition Science and Policy at Tufts University in Boston and Hunger Free America, a nonprofit advocacy group based in New York.

Several of the panelists cited troubling statistics on hunger. Notably, the U.S. Department of Agriculture's 2019 Household Food Insecurity in the United States report said more than 37 million people in the U.S. struggle with hunger.

Other statistics they shared, compiled by Hunger Free America, include:

No one needs to tell these facts to those who work in public policy at Catholic Charities USA or its local agencies providing food to those in need every day.

Anthony Granado, vice president of government relations for Catholic Charities USA, said there are a number of food and nutrition policies that have the support of Catholic Charities, the U.S. Conference of Catholic Bishops, the Catholic Health Association, Catholic Rural Life and the Society of St. Vincent de Paul.

Those groups submitted a joint comment objecting to the Trump administration's proposal to tighten eligibility standards for SNAP that would cause about 3.1 million people nationwide to lose their food stamp benefits.

The comment, submitted Sept. 23, called SNAP the "first line of defense against hunger for those struggling to make ends meet," noting that just last year the program served 40.3 million people.

They warned that the proposed policy change would impact individual and community health since food insecurity is linked to chronic conditions such as diabetes and is associated with increased risks of hypertension, coronary heart disease, stroke and arthritis, to name a few.

They also said the proposed changes to SNAP would bring more people to charities for help when they are already feeding millions each year.

"Our organizations already struggle to meet the needs in our communities and are forced to turn away many for lack of resources. The proposed rule, if implemented, will only add to a demand that we cannot meet," their comment letter said.

Lizanne Hagedorn, director of Nutritional Development Services for the Archdiocese of Philadelphia, an agency that got its start just two years after the White House conference, knows all about food needs and hasn't seen them decrease by any means.

As the head of agency that administers local federally funded child nutrition programs and a community food program, Hagedorn said those who come for help are not always atypical; in recent years the agency has seen more senior citizens and college students. She also has seen a shrinking pool of volunteers to serve those in need at food pantries.

Hagedorn said over the years the agency also has changed its offerings because of clients' health conditions and also to educate children about healthy food choices and exercise so they don't develop health problems. "We want to make sure we are helping their lifelong existence," she told Catholic News Service Nov. 21.

She said she is honored to do this work, which she admits is "not always easy and the (government) regulations are ridiculous" because on any given day they have given people a meal that can help them to face the next day.

"It's in our blood as Catholic Christians to be good stewards of food and money and to bring everybody along," she said, adding: "Not in an overbearing way but understanding 'there but for the grace of God go I.'"

As she sees it, the agency's job will remain for the long haul but with good reason. She said the employees are using their gifts and talents to "help everyone live a better life and be healthier, I know that's what we're supposed to do."

COVID-19 virus puts a spotlight on inequality and racism