Bishop laments questioning of Biden's faith due to abortion policies 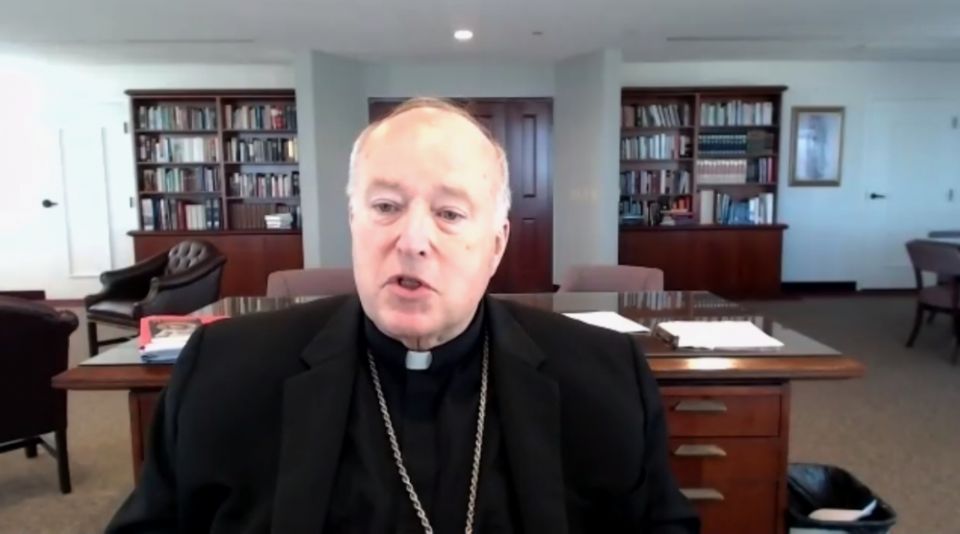 San Diego Bishop Robert McElroy addresses the Oct. 13 "Voting as an Authentic Disciple" virtual conversation sponsored by the Campus Ministry, the Center for Spirituality and the Office for Civic and Social Engagement of St. Mary's College in Notre Dame, Indiana, and by the University of Notre Dame's Campus Ministry. (NCR screenshot)

As President Donald Trump and former Vice President Joe Biden vie for the Catholic vote, Bishop Robert McElroy of San Diego pushed back against those questioning Biden's personal Catholic faith based on his positions on abortion rights. McElroy said that when it comes to questions of public policy, abortion legislation is a matter of prudential judgment.

"One very sad dimension of the election cycle we are witnessing," said McElroy, is "the public denial of candidates' identity as Catholics because of a specific policy position they have taken. Such denials are injurious because they reduce Catholic social teaching to a single issue. But they are offensive because they constitute an assault on the meaning of what it is to be Catholic."

In recent months, there has been a barrage of efforts to question the sincerity of Biden's Catholic faith, including one U.S. Catholic bishop endorsing a viral video by a priest saying faithful Catholics can't support Democratic candidates.

McElroy's remarks came during an Oct. 13 virtual discussion on "Voting as an Authentic Disciple," sponsored by the Campus Ministry, the Center for Spirituality and the Office for Civic and Social Engagement of St. Mary's College in Notre Dame, Indiana, and by the University of Notre Dame's Campus Ministry.

The California bishop's talk echoed many of the themes he explored in a February 2020 essay published by NCR, in which he argued that Catholics should remember that "in the end, it is the candidate who is on the ballot, not a specific issue."

On the question of abortion, he said that because Catholicism teaches that some actions, including abortion, are "intrinsically evil," meaning that they are "always and everywhere wrong," some church leaders have claimed that "candidates who seek laws opposing intrinsically evil actions automatically have a primary claim to political support in the Catholic conscience."

"While a specific act of abortion is intrinsically evil, the formulation of individual laws regarding abortion is not," he said. "It is an imperative of conscience for Catholic disciples to seek legal protections for the unborn. But whether these protections take the form of sanctioning the doctor or the pregnant mother, whether those sanctions should be civil or criminal penalties, and the volatile issues pertaining to outlawing abortions arising from rape, incest and danger to the mother are all questions of deep disagreement among advocates wholeheartedly devoted to the protection of unborn children. Like the issues of fighting poverty and addressing climate change, the issue of abortion in law and public policy is a realm where prudential judgment is essential and determinative."

In surveying the political landscape and issues facing Catholics in this election, McElroy identified three major areas that he says have galvanized voters of faith: abortion, climate change and racial justice.

On abortion, he said there used to be widespread bipartisan support for eliminating the number of abortions that take place each year but that "commitment has been eviscerated in the Democratic Party in a capitulation to notions of privacy that simply block out the human identity and rights of unborn children." 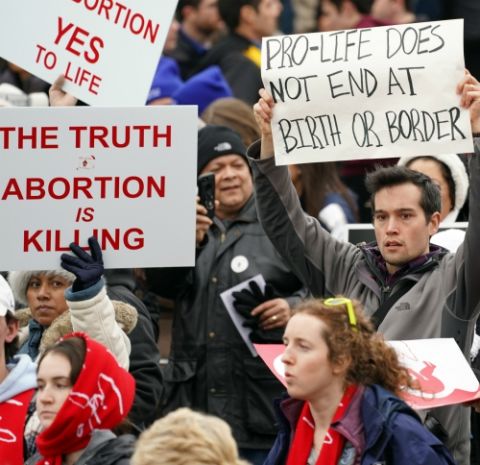 On climate change, he said, "The United States, which was once a leader in this effort, has now become the leader in resisting efforts to combat climate change and in denying its existence."

When it comes to racial justice, he said, "The systemic victimization of African Americans and Hispanics by our criminal justice system has been crystalized in the killings of George Floyd and Breonna Taylor."

Given the moral urgency of all of these issues, he concluded that faithful Catholics are "automatically homeless in our political world" and that "there is no single issue which in Catholic teaching constitutes a magic bullet that determines a unitary option for faith-filled voting in 2020."

McElroy encouraged all Catholics to approach the ballot box with a thorough examination of their consciences, prayer and commitment to fully advancing the Gospel, and said that it is "morally legitimate" for Catholics to come to different conclusions as to for whom to cast their vote.

In concluding his lecture, McElroy looked to Pope Francis' recently released encyclical Fratelli Tutti, saying that the pope's emphasis on social friendship provides a blueprint for healing the likely scars of this presidential election, particularly through the pope's spotlighting of the virtues of compassion, solidarity and dialogue.

Compassion, McElroy said, provides a starting point, as the current political culture "calls us to build walls around our compassion that correspond to our class and party," choosing between the unborn child or the child separated at the border, or between those victimized by racism or those victimized by street violence.

"We as people of faith must demonstrate how our nation can be rebuilt by citizens who identify with the vulnerability of others precisely by refusing to channel our compassion and compassionate action along the lines of party and class," he countered.

On solidarity, he said that Americans, beginning with Catholics, must learn to put the common good above self-interest. When it comes to dialogue, he said a new tone of encounter needs to be embraced.

"It is vital that we be less magisterial and more dialogical even on those issues on which our convictions are most profound," said McElroy.

A version of this story appeared in the Oct 30-Nov 12, 2020 print issue under the headline: An assault on Catholic identity .

Lens on Creation: Blessed by hummingbirds